As a brief illustration of how quickly things have changed in the drone space, the term “pandemic drone” didn’t really exist before March of 2020. Now though, not only can that description define drones that are being used to disinfect large or small spaces, but it can also explain what drones being used to encourage social distancing are doing.

To say that drones and the drone industry itself have changed in the midst of the COVID‑19 pandemic is an understatement in every sense, but that’s because the entire world is being reshaped before our eyes. When lockdowns first went into effect there was talk about what it would mean to “get back to normal”, but the depth and scope of change that we’ve seen has completely transformed what it will actually mean to do so. The “new normal” that we’re dealing with right now is what we have to focus on, not only because doing so provides a path forward, but also because it’s the only choice we have.

An Evolution Before Our Eyes

Numerous headlines and reports have touted how the pandemic would be a boon for drone business. Drone delivery applications are now being considered in a totally new light, as demand for physically distant delivery of consumer goods such as pasta, baby food, and toilet paper has skyrocketed.

That said, these headlines and reports also focus on how drones can provide contact-free inspections. As Mike Blades pointed out, companies that had been using drones to perform periodic inspections can still be doing them right now. Unfortunately, it’s not feasible for many companies to all of the sudden change requirements to keep people separate, redefine data delivery or develop CONOPS for drone operations. The situation has compelled an evolution of thinking though, as the benefits of being able to continue performing certain tasks in the midst of social distancing requirements have changed the value proposition of the technology for many companies.

As a few examples of what this adoption has looked like, Southern California Edison is using drones over parts of the High Desert to inspect power equipment. Not long after lockdown measures took effect, a Houston-based oil and gas company asked for a waiver to use drones for inspecting its equipment, since workers had to be kept inside. Within 24 hours, the FAA took action and issued its first COVID-19 related drone waiver approving beyond visual line of sight (BVLOS) operations. Organizations like ConnexiCore are working with construction companies to deploy drones in order to collect job site data while maintaining safe social distancing.

The interest in and evolution of the technology can be seen in numerous ways. UAV technology has allowed Drone Service Providers (DSPs) to become Essential Service Personnel (ESP) that are helping to do everything from keep the lights on to locate missing persons. Meanwhile, new tools like the DJI Matrice 300 RTK can perform critical infrastructure inspections with socially distanced measures in place, while Skygauge has created a complete drone solution to save time and increase safety in environments that have stakeholders scattered across a site, offices or the world.

Establishing and maintaining operations in the midst of COVID-19 has forced a new way of thinking about drone technology for many organizations. What would have just been an idea before the pandemic could now be something that keeps a project on track or from totally collapsing. This “new normal” when it comes to how drone technology can be adopted is redefining the present, but it’s also positively shaping the future of the technology and industry in unexpected ways. 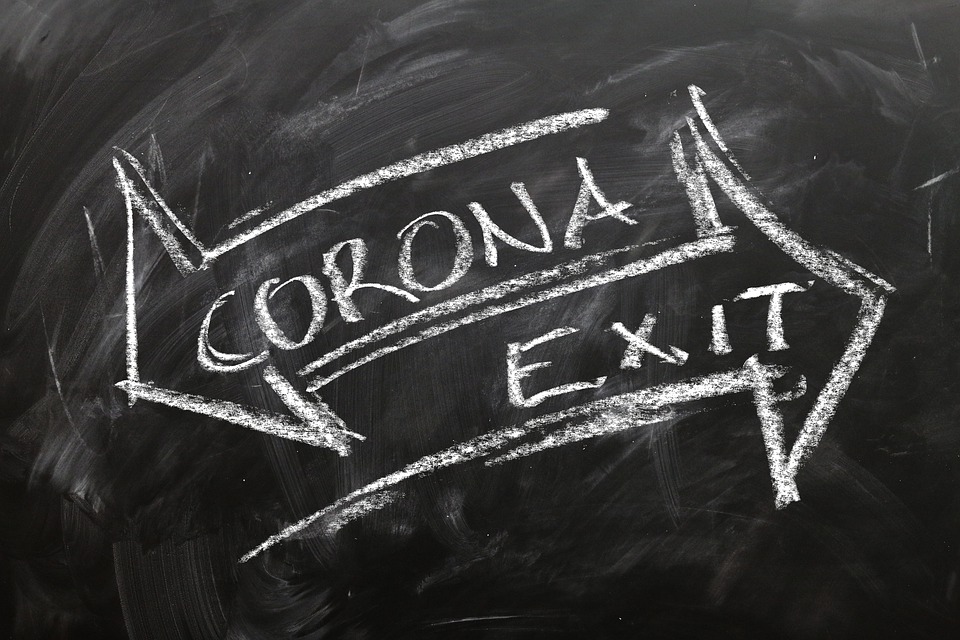 Building a Bridge to “Normal”

Entire sectors and companies across the drone space are reimagining potential business opportunities and partnerships. In one way or another, all of it is an attempt “get back to normal”, although it’s far more useful to look forward rather than backwards in this process.

Coming off an event that had 202 exhibitors and more than 3,100 professionals in the commercial drone industry, the thought of not bringing the industry together in Las Vegas for the Commercial UAV Expo wasn’t even a consideration in the early part of this year. As Lisa Murray pointed out in the announcement about the event becoming virtual, “the world has changed.” Our shift to a virtual event will create entirely new options around education and networking that will positively influence our live events next year and beyond.

Despite the drop in funding, many public safety agencies are reporting a renewal of funding or even expressing intent to buy more drones and expand their programs. Some are even planning to use drones to enhance public and officer safety on account of how the pandemic has changed the perception of both the public and department stakeholders. These efforts are changing what had been a difficult conversation for some public safety advocates who have had to address concerns about privacy and costs. The differences the technology can make are oftentimes better understood when positioned in terms of the good they can do in situations that the pandemic has influenced or caused.

As an example of an even bigger shift, AgEagle Aerial Systems was established to be a provider of state-of-the-art UAV data acquisition for precision agriculture. Changes in the needs of their clients and audiences have seen them announce plans to expand into package-delivery drones. Many drone service providers are expanding the types of services they offer to now include training and support with tasks like processing and mapping.

Some companies have been able to address the challenges brought on by the pandemic in a more direct way. Kittyhawk has been able to support its customers and has even expanded its service on account of their established disaster preparedness plan. That plan has allowed Kittyhawk to seamlessly keep serving its enterprise customers and maintain the same levels of availability and service. Meanwhile, DroneDeploy’s established track record allowed them to see a 33% increase in takeoffs across U.S. agriculture users from mid-March to mid-April. The company is also actively preparing to support an increase in off-site construction.

Whether it’s a shift, expansion or evolution, the “new normal” in the drone industry is whatever you’re doing to stay in business or stay connected today. Right now. It’s the foundation upon which everything is being built, in more ways than one.

However you define “normal”, there’s no going back to it. There’s only redefining whatever that means for your business and to this industry as a bridge that will take us beyond the present. Doing so will bring us to a future where the term “pandemic drone” could be used to describe technology that delivers and distributes vaccines.

What a strange yet somehow comforting “normal” that will be.

Getting Beyond COVID-19 by Delivering Long-Term Value with Drones

DSPs Become ESP in the Pandemic and Beyond