Airobotics Gets BVLOS Waiver from FAA During Covid-19 within 24-Hours: Here's How

On April 5th, 2020, due to the pandemic and lockdown orders, a Houston-based oil and gas company asked for a waiver to use drones for inspecting its equipment, since workers had to be kept inside. Within 24 hours, the FAA took action and issued its first COVID-19 related drone waiver approving beyond visual line of sight (BVLOS) operations to Airobotics.

Operating in visual line of sight (VLOS) creates a challenge both from the manpower aspect, directly affecting the cost, and in terms of coverage area, which BVLOS solves. For example, in oil and gas industries or chemical factories, some areas are not accessible for pilots, either because of loss of sight or areas that are deemed dangerous, therefore limiting drone operations. However, having a BVLOS waiver, Airobotics can cover the entire infrastructure. 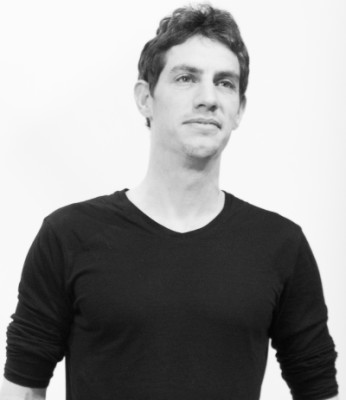 “The whole thing of drones is complete freedom of operation from the technology aspect - it is a flying device, it can be anywhere at any point, and that's the beauty of it. But once you have restrictions around operations, then it is like tethering it. Once you get the BVLOS waiver, you are unleashing the full potential in a sense,” Ran Krauss, Co-Founder and CEO at Airobotics, said.

Acquiring a BVLOS waiver isn’t as simple as requesting one from regulators, and in normal conditions it certainly doesn’t take less than 24 hours to issue one. However, this pandemic created challenges that give the opportunity to better demonstrate the value of what drones can do.

“This unfortunate pandemic will definitely highlight the advantages of such technologies, not just drones, but everything that's automated and robotic,” Krauss mentioned. “I don't think it's something that we're going to see immediate impact, but I think it definitely is surfacing into the common thinking of several industries. This is the way of the future and I think we're going to see processes expedite because of this, when it comes to these technologies.”

Since it was founded, Airobotics has continually proven the efficiency of its “drone in a box” solution. According to Krauss and Niv Russo, VP of Aviation and Regulation, the company’s past safety record helped the FAA to put forward the resources to try and help with this pandemic, and make the waiver issuing process move along much faster than usual. 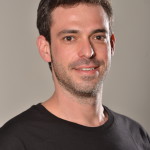 “I think it is important to understand here that waivers are connected to each other. As long as you get involved and familiar with the FAA, and present a clean safety record, I assume it would be easier to go through that process,” Russo said. “I also want to say that in both waivers, back in 2018, and here in this COVID-19 waiver, we found the FAA very responsive and efficient. We submitted this waiver before the COVID-19 outbreak, but once the state home order was issued, we approached the FAA, and it was urgent for us and for our clients to be prioritized because they had to keep on operating their routine operation in this critical infrastructure.”

For the past six years, Airobotics has been working with regulators in Israel, Australia, Japan, Singapore, and the United States. With this background and his experience as CEO of three other companies, Krauss believes there’s a misperception as to what the drone industry thinks of how the FAA acts when it comes to rules and regulations.

“Whenever someone says the FAA is blocking, I think the opposite is the truth,” he said. “Every interaction we've had with them, it's always been how to find a way to do this. It's not like they're saying, ‘we can't do this, this is too dangerous’, but finding a way to do this needs to be within the realm of what's expected from an aircraft. And I think there lies the big misunderstanding that might create frustration to some of the operators in the industry. I think the FAA and other regulators working around the world are extremely motivated, understanding, and wanting to enable this industry to spread its wings. On the other hand, that needs to be done in a responsible manner.”

To cross the regulatory hurdle and get past the waiver stage to show the FAA that it is safe and secure to open up this kind of BVLOS operations, Krauss and Russo believe the use of certificate of waivers is FAA’s way to better understand what would be required from a strategic perspective. This enables operators to have “blanket waivers” that don't require a specific authorization every time they want to fly.

“If we walk on the street, just like we are sure that there's no chance an aircraft will fall from the sky and crash on us, we also want to make sure drones won’t fall from the sky,” Russo continued. “So, regulators are going forward in an approach of an airworthiness certificate that will allow drones that are safe enough to fly over people to fly in BVLOS. As a citizen, you would like a drone that flies over you to have certification like a Boeing 787 has.”

To end this interview, we asked Krauss if there were any final thoughts that he would like to convey about the BVLOS waiver, or about this current period of time that we're all finding ourselves in, or about regulations.

“I think anybody looking for a shortcut here is just going to get frustrated. There are certain standards that these aircrafts need to adhere to and, as much as I want to unleash the power of robotics technology, I understand that it needs to be done in a certain manner. I understand that manner might not get me to the commercial financial situation I would want to at this stage, but accepting the fact that this is serious stuff, I wouldn't want it to be any other way with drones or any other tech coming into the market.”