Amsterdam Drone Week is an incredible place to explore new drone technologies and applications that will define the future of the airspace. Just as we saw with the exploration of how drones are being used for inspections though, the future of the airspace will take shape based on how the technology is being applied in the present. Notable uses of drones in public safety, surveying and agriculture are providing those definitions.

Gemma Alcock is the founder & CEO of Skybound Rescuer, Director of Air Services at Lowland Rescue and a member of the Board of Advisors for DRONERESPONDERS. She laid out what Skybound Rescuer does as a specialist in the use of drones for public safety. Her company takes a research-driven ethos to problem-solving. Their focus is on how drones can save lives that couldn’t be saved before. 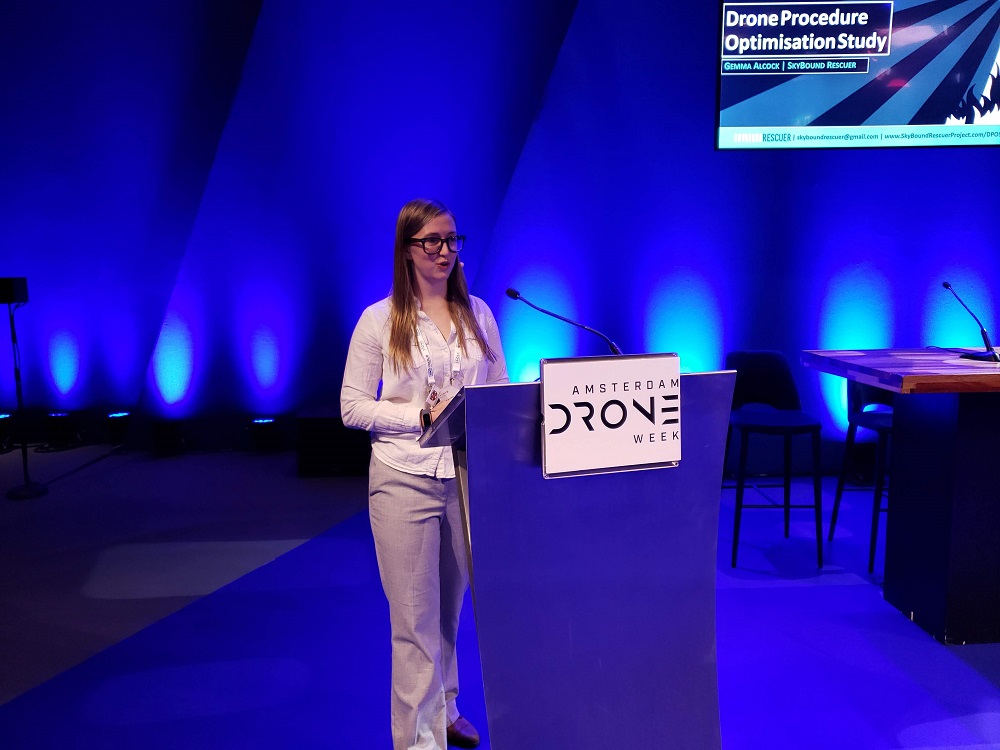 “It’s no longer a question of whether or not drones can add value to public safety,” Alcock said. “It’s a question of how do we use a drone to save lives that couldn’t be saved before? We strive to refine drone performance for emergency services.”

That exploration of performance is highlighted in the “Drone Procedure Optimisation Study: Raising the Standard to Save More Lives” study her organization created. Alcock talked through how the report outlines a need for a standardized drone procedure that is based on her work with the Essex Police and Essex Fire and Rescue Service.

Ultimately, the focus of the report, as well as her efforts overall, are about determining what it can mean to use drones in a more efficient and reliable way. Their key goal was to standardize performance to a reliably high level across the spectrum of pilot competency while also improving overall accuracy and performance.

Jarno de Jong is the Technical Manager at Geo Infra B.V., which is a civil engineering bureau dedicated to quality and reliability. They provide qualitative multidisciplinary support for projects that sees them assume a partner role with their clients. They’re able to differentiate their services by offering specialists that are as accessible as they are knowledgeable.

de Jong used his time on the Amsterdam Drone Week stage to showcase how many of the established processes and procedures at his company have been positively impacted by drones. Their general process sees them prepare the flight plan and load the project data and then establish geo-reference ground control points and start/landing positions.

Their projects include building sites, forts and many more. The success they’ve had in using drones for many of these projects has compelled the company to consider and explore how those drone applications can be expanded. 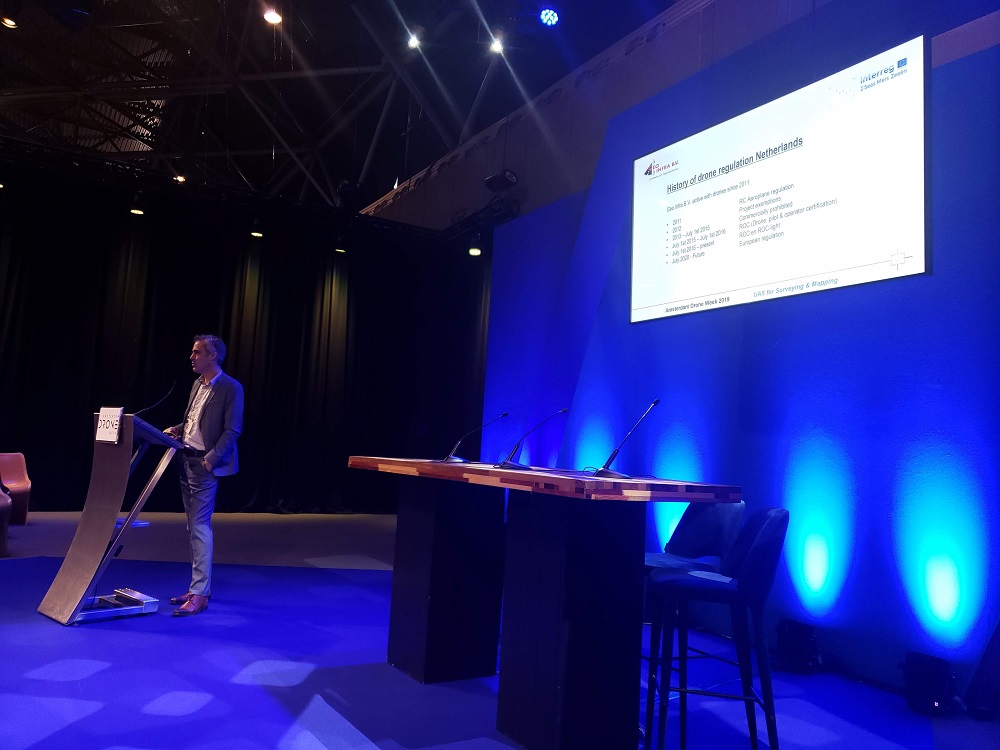 Finally, Leks Bolderdijk is an Agricultural Drone Operator in the Netherlands who detailed why precision farming matters and how drones are part of it. Ultimately, precision farming is about optimal allocation so that a field can create maximum value for farmers. He explained that tools like drones are more about augmentation and that they need to be considered and thought of in the right way.

“This isn’t about replacing the farmer,” Bolderdijk said. “Using drones can mean 10-30% less fertilizer and 0-30% higher yields. We can use our current fields more efficiently to allow farmers to make better decisions.” 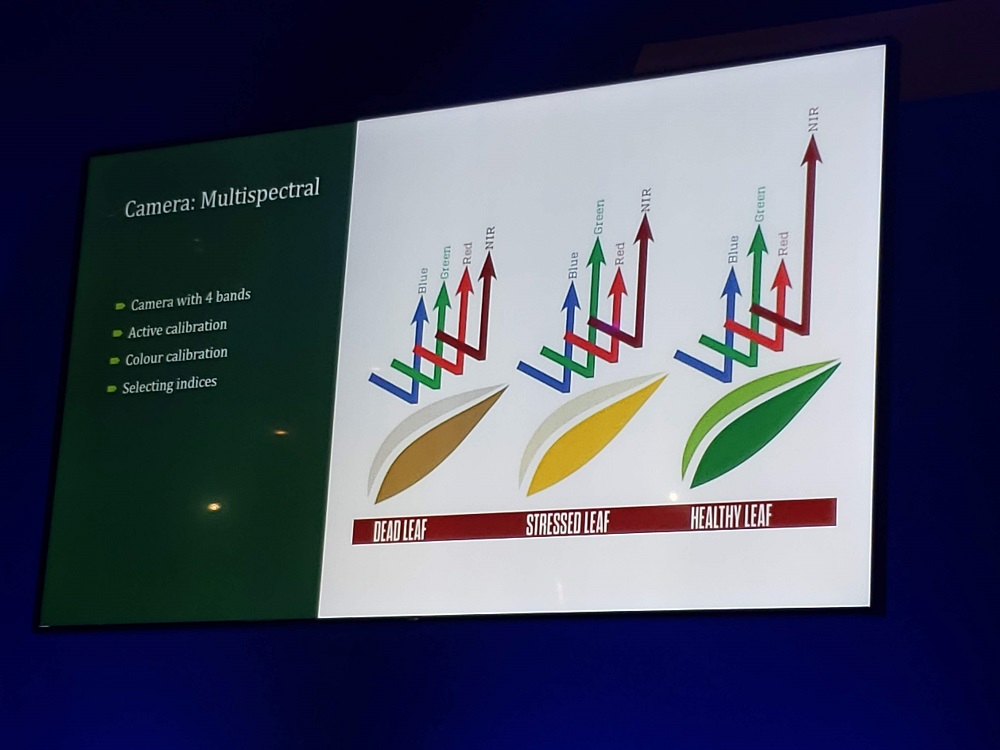 While we’ve talked about the capabilities of multispectral cameras in this sector, Bolderdijk laid out the specifics of what it means to use these tools, and what kind of differences they represent. The challenges in precision farming include finding the problem versus finding a solution and that a decision-making window is short. Drones can and are impacting how these decisions are being made to maximize that window of opportunity to save time and money.

Whether it’s in public safety, surveying or agriculture, stakeholders are using drones to reset expectations when it comes to how information is being gathered and applied. Those adjusted expectations will help to redefine the future of the airspace for drones of all types and sizes that are focused on a variety of applications.

State of the Drone Industry: Agriculture