News about the eBee TAC Unmanned Aerial System (UAS) becoming the first to be designated a Blue UAS under the Defense Innovation Unit’s Blue sUAS 2.0 made headlines this month for multiple reasons. The continuation of the DIU’s established Blue sUAS program is certainly one of them, as the endeavor is meant to reduce administrative barriers for onboarding policy into the Department of Defense (DoD) in a big way. Perhaps more importantly though, the program is designed to enable users to more easily pick up and operate the technology. That practicality has a connection to anyone using drones for non-model purposes, which speaks to a crossover that this new product represents for the drone industry as a whole.

Not too long ago, defense and military users of drone technology resided in what felt like a totally distinct industry. As drone technology has matured, the potential crossover between commercial and military solutions has become more apparent with solutions that were designed for one sector being transferrable to another, and vice-versa. A drone will be capturing very different types of information in one setting versus another but it is often utilized in ways that are quite similar. It’s a connection that senseFly, an AgEagle subsidiary, understood and leveraged from the very beginning as part of the DIU’s Blue sUAS 2.0 program.

“We didn't set out to design a drone that the Department of Defense can use,” said Barrett Mooney, Chairman and Chief Executive Officer of AgEagle. “Instead, we set out to design a drone that meets a series of criteria for a lot of our commercial customers. That allowed us to take advantage of a technology that is cutting edge, commercially focused and makes sense as a cost-effective solution. Because of that, we were a natural fit for what they're looking to do in this expansion with the Blue UAS program.”

That baseline of a technology that meets government safety standards and makes sense as a tool for numerous applications has created numerous opportunities for the organization and for users of all types. With a few extra components related to encryption and cybersecurity safety, the eBee TAC meets requirements as defined by the Blue sUAS program but capabilities related to mapping large area autonomously are evident across the entire eBee line that preceded it. 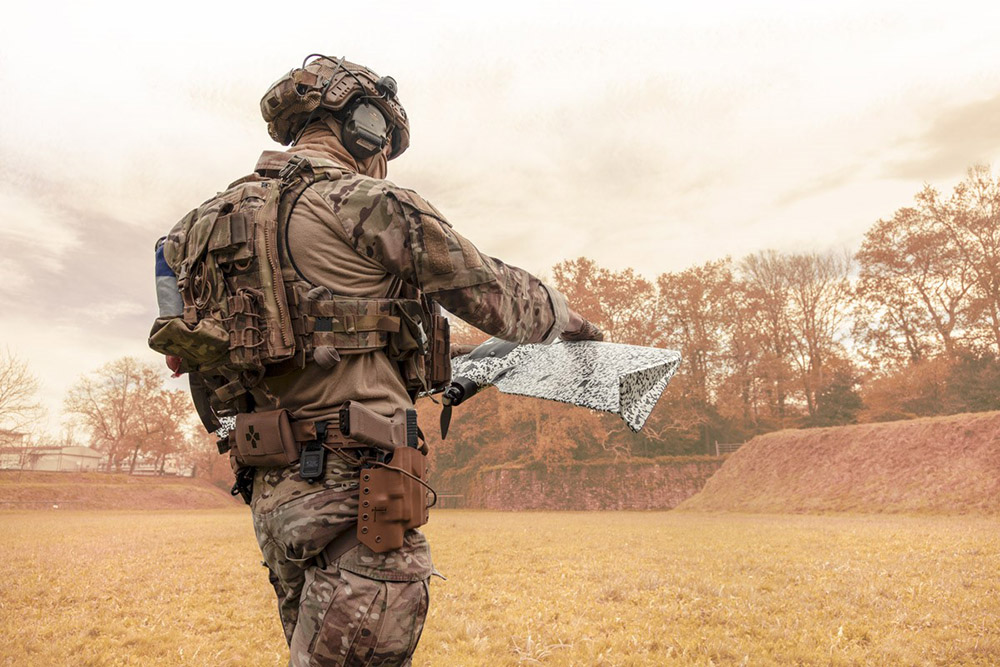 Because of this, various government and civil agencies can leverage the eBee TAC to utilize the value and safety that has already been engineered for the long-term viability of drones as part of everyday life. However, this commercial/military connection with drone technology cuts both ways.

“What we’re doing with the eBee TAC is about getting the government to take advantage of advances in technology that were developed for the commercial sector,” Mooney told Commercial UAV News. “At the same time, our core customers really need to understand that the kind of safety standard they’re curious about has been built into this technology in a way that’s quantifiable. That’s ultimately the government’s first ask, because if they’re flying real-time reconnaissance, they need to know what they’re using is both purpose-built and safe. We’ve proven that you can use this technology to collect more data and solve more problems in a way that will allow drones to become part of our daily lives.”

Wider adoption of the technology on a societal level has been a talking point across the industry for many years but usability is typically what gets in the way of it. Drones can create value on multiple levels but how much of an ordeal will it be for an organization to unlock that value? The level of sophistication of tools like the eBee TAC represents makes the entry point more accessible. Further support with adoption and customization is a defining element of the three centers of excellence that Mooney has previously talked about.

Those specifics are part of the reason that a “complete drone solution” isn’t something that anyone can realistically offer, as what makes sense for a given operator or application will always vary. However, the multiple market applicability of solutions like eBee TAC as well as AgEagle’s efforts to integrate sensors, payloads and other components (no matter their origin) speaks to what it means to see drones leveraged in a way that makes them much more “complete” for users in support of wider adoption.

“This announcement proves that the drone age is here,” Mooney said. “When the military is looking at tools like these because they meet their safety and operational standards, that should speak to how they can make an impact in supply chains and define operational efficiencies in the enterprise. I think this announcement shows the gap between the potential value and actual value of the technology has been bridged. If it's government ready, it's passed countless tests that tell commercial users this technology is a fit for their business. These are robots that have proven they can safely and effectively do a job in a variety of industries.”

Such applications will see this drone age transform expectations around robotic and autonomous solutions that solve real-world problems for government, military and enterprise users in the short and long term.

Sky-Drones aren’t part of a complete drone solution: we ARE the solution

Ageagle Acquires 100% of Sensefly from Parrot