4 Ways Drones are Being Used in Maritime and Offshore Services 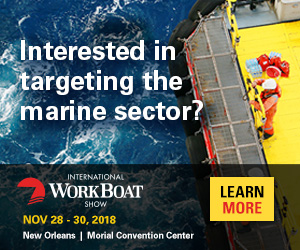 Predictions about the billions of dollars that drone technology represents are as pervasive as they are extreme. Drone industry experts are currently tracking over 75 firms that offer drone market reports or forecasts of some type, all of which offer various opinions and numbers around what sort of an impact the technology will enable in industries like construction and agriculture as well as maritime and offshore services.It’s easy and in some cases justified to get excited about the potential of the technology, but many of these predictions are based on how the drones might be utilized, as opposed to the difference they’re actually making. It’s why figuring out the ROI of UAVs is a key consideration when it comes to adoption, and it’s why the current applications of drones in maritime and offshore services are so important to consider. The use cases of today are what will make some of those billion dollar predictions possible, and makes it essential to see these uses explored in depth and detail at industry events.

Gathering Data for Inspection PurposesMany professionals think of drones as little more than sensors in the sky, gathering information in faster, cheaper and safer ways than are otherwise available. Those differences are almost always realized in the context of augmenting or supporting work that’s already being done, by providing technology alternatives. In maritime environments, these differences can be seen directly and indirectly.The UK Royal Navy has used drones to identify ship defects so that they might be able to diagnose and resolve issues while at sea. Doing so represents an incredible reduction in time and maintenance costs that would otherwise be committed to spotting and resolving such issues.The impact drones can have on safety considerations is sometimes difficult to measure, but easy to understand. Sending a drone to visualize a flare tip is far safer and more efficient than having a person climb up scaffolding. Drones are also able to enter environments and conditions (in order to conduct the inspection of an industrial chimney, for example) that would otherwise need to be totally shutdown before a human could go into them, causing costly delays. By using the technology to gather data for inspection purposes, a drone of relatively modest cost can provide potential $1 million-plus daily savings for certain oil and gas clients.The Elios from Flyability is a collision-tolerant drone, designed for the inspection and exploration of the most inaccessible places. It has been used to carry out tank inspections beyond where an operator can physically see the drone, without the use of safety equipment that would otherwise be required for human inspectors.We’re just at the beginning phases of where and how this technology can gather critical information though. The Naviator is a drone that is designed to fly just as easily as it can swim, and the maritime applications of such a drone are practically endless. Since it was designed from the ground up to be able to operate underwater, by default it is capable of operating in intense weather which means it would be able to gather critical info regardless of storms or other bad weather conditions. The need to gather critical info about structures such as piers, ships and docks can be complicated since many of them have components that are both in and out of the water, which is why using a single device to capture all this information will create incredible value.All of the data being gathered by drones isn’t just being used to augment inspections though. 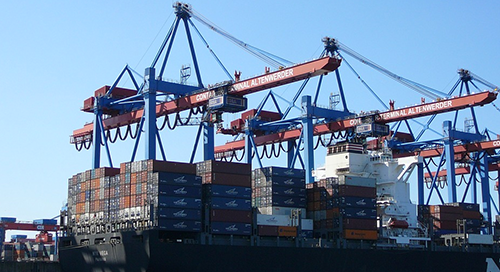 Security and SurveillanceIn the same way that drones can simply be thought of as sensors in the sky, UAVs can also be considered cameras able to capture pictures and videos from a variety of angles, and aren’t limited to a single location. A single drone could be used to collect more and better info than a series of cameras that are placed throughout a given location. When combined with info from stationary cameras, organizations can use drones to enable complete awareness.The European Maritime Safety Agency (EMSA) is using drones to help with border control, pollution monitoring and the detection of illegal activities such as fishing and drug trafficking. Border patrol agents in Arizona have been testing new and smaller types of drones to support their land and maritime operations. These devices could also utilize sensors and infrared cameras that have facial-recognition capabilities to further augment their efforts.At the end of 2017, Martek Marine established a dedicated aviation division to meet growing demand for UAS maritime aviation services. Their division will deliver complete service solutions for a variety of security and surveillance activities, including illegal pollution detection and monitoring, the detection of illegal drug and people trafficking and fisheries protection. The company is looking to showcase how drones have the potential to revolutionize maritime business by reducing the time, cost & danger of many operations while also improving the value of the data captured.Drones like the MQ-4C Triton represent a whole different scale and class of the technology and are for the most part only able to be utilized by military and government. That doesn’t make the fact that the US Navy has used this technology to ensure near constant maritime surveillance around a California base and monitoring the seas any less significant though. Sensors on this drone can identify and monitor ships from many miles away and automatically send that information to officials in near real-time. It’s a model that will soon be available as an option to commercial organizations as the technology becomes smaller and cheaper, and there are already companies specifically dedicated to providing this type of fleet management software. These drones will allow users to better protect their assets and can be easily integrated into existing security teams.It’s easy to see what kind of impact drones are having for security and surveillance considerations, but those same benefits are even more evident when used for search & rescue purposes. 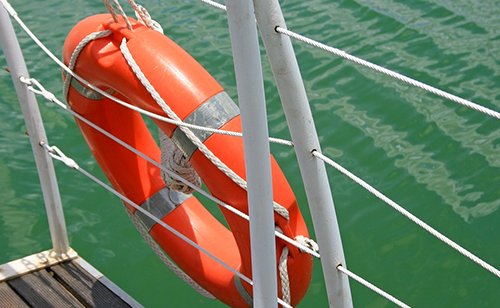 Maritime Search and RescueDrone technology has already made a major difference on land when it comes to search and rescue efforts, as it seems like drones are helping to find and rescue people every day, while the words “follow the drone to safety” could become a new standard in the space. Drones have been proven to dramatically increase the effectiveness of just about any search and rescue effort, and that difference is especially evident at sea.A drone equipped with VIDAR (Visual Detection and Ranging) has been able to autonomously detect hundreds of large and small objects at sea in a variety of conditions. Small, light and self-contained, VIDAR has been used to dramatically improve the cost-effectiveness of maritime operations such as search and rescue. Drones have been able to spot and positively identify numerous smaller objects such as stationary jet skis and buoys at 5 nm.The advantages of the technology aren’t limited to finding lost people though. They’ve also been able to take an active role in rescue efforts, which is what happened earlier this year off the eastern coast of Australia. Two boys were caught up in a heavy surf, and within two minutes, a floatation device was dropped down to them by a drone.Scenarios that involve drones being dispatched to find ships that have sent out emergency messages and instantly relay real-time video to nearby aircraft on a rescue mission have been envisioned in great detail and those scenarios are becoming reality. Solutions that enable safe and reliable drone operations from moving boats are available now. Many of these solutions are specifically designed to assist with man overboard response.The advantages drones are creating for search and rescue efforts are incredibly powerful, but those efficiencies will be taken to a whole new level when the autonomous capabilities of drones are further defined. 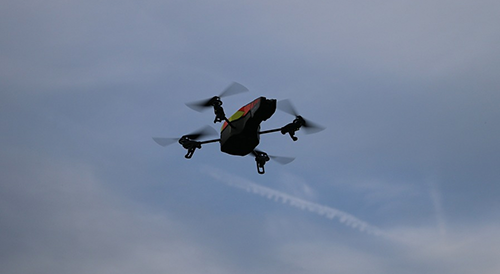 Autonomous Deliveries and Autonomous Ships As William Pike wrote in his Automation and AI offshore article, autonomous technology will be available for vessels ranging from large, oceangoing ships to tugs. While some of these capabilities aren’t a realistic option in the short-term, they’ll open up brand new value propositions wholly unrelated to the way the technology is currently being utilized.Wilhelmsen Ships Services recently announced plans for drone-based delivery to ships at sea. It is designed to offer their clients a cost-effective alternative to hiring a launch whenever a ship needs a few documents or a spare part. Launch vessels typically cost about $1,500 but a representative for WSS estimated a drone delivery could eventually cost as little as $150.Autonomous maritime parcel delivery would make sense in certain regions and seasons, where the costs and logistics of traditional delivery create significant barriers. An effort to create a model around delivering maritime essentials to vessels is already underway.As Pike referenced in his article though, the autonomous capabilities of drone technology aren’t just about making deliveries cheaper and easier. The development of autonomous offshore utility vessels will be a natural extension of drone technology, which could lead to a reduction in accidents and deaths by removing people from dangerous conditions and situations aboard a ship. These kinds of autonomous vessels could also be deployed for a wide range of missions.Many of these autonomous capabilities aren’t going to be realized in the near future and feed into those spurious headlines about how much money resides in the technology. Nonetheless, they’re important to consider in terms of the ways in which drones already are and will eventually make a difference in maritime and offshore services. Want to discover more about these maritime applications? Find out where and how this kind of technology will be showcased at the upcoming Workboat event in New Orleans. Learn more