All photos courtesy of the Los Angeles Fire Department.

Reports about the value that drone technology represents are still being generated on a frequent basis, although the balance between hype and reality in many of them is finally starting to even out. More and more organizations have begun to realize what it can mean to use a drone to complete a given task in a safer, faster or cheaper manner, but nowhere are those distinctions more important than in public safety.

The difference drones can make in emergency situations is as real as it is essential for emergency personnel who are on the ground and actually using this technology. Departments across the country have defined how drones can do everything from being deployed as first responders to providing a different vantage point of an emergency situation to help locate a missing person to literally save lives.

Those distinctions drove the Los Angeles Fire Department’s successful creation of a drone program, but they’re also at the heart of the department’s efforts to expand their fleet of drones for a variety of new deployments. Are most public safety departments across the country ready for that kind of expansion though? Are drone vendors ready to support that kind of growth? What should the solutions that a department adopts look like? These are the questions and answers that will define the future of drone technology in public safety for departments across the United States.

Drones that are used for inspection applications in everything from agriculture to construction to energy have been shown to create real value, but police and fire departments are putting drones into very different situations that are measured differently. That’s part of the reason that more and more departments within a city are looking to team up to purchase and adopt drone technology that multiple users will be able to utilize. Issues related to privacy and ownership of the data are often a key discussion point in these conversations, but the question of what technology solution to purchase and utilize always comes up as part a big part of these discussions. 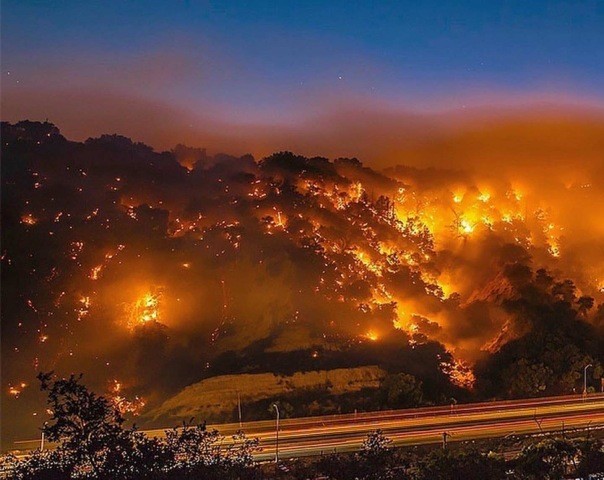 It’s a topic that Battalion Chief Richard Fields, the head of LAFD’s Unmanned Aerial Systems program, is all too familiar with. It’s also one that he’s quick to turn around in order to refocus questions about technology onto something far more fundamental.

“I get 10 phone calls a week from fire departments that hear about what we're doing and want our advice on everything from policy development to hardware purchases,” Chief Fields told Commercial UAV News. “When we first looked at adoption, the questions we were asking weren’t about technology but more about providing the best and most accurate information in order to make the right decisions and deploy resources most effectively. Once we figured that out we looked at our technology options, but all of that was built on knowing what problem we were trying to solve.”

Ultimately, the LAFD’s intent in launching a drone was to provide information in real-time to their incident commanders. That focus on only utilizing real-time information allowed them to avoid issues with storing information and data ownership, since recording something and watching it later would defeat the purpose of capturing it in the first place. It allowed the LAFD to steer clear of questions about spying or giving recordings to anyone else since those recordings didn’t exist. Articulating that to city stakeholders and to the public at large guided their policy development, their deployment plan, and their operational use of the drone. However, challenges always arise.

“Our first plan was to have the drones on our command rigs so that when a rig got onto a scene anyone there could deploy the drone however necessary,” Chief Fields continued. “It didn’t take us long to realize that was kind of like having a canine handler show up without the dog. It doesn't make any sense for me to take a person away from their primary job during an emergency to fly a drone, which is why the growth of our program is directly related to our ability to attract and train quality pilots. I can get 50 drones tomorrow, but if I don't have the right people to fly them then they're not going to do anyone any good.”

The growth of the LAFD’s drone program is contingent on the training and availability of their pilots, all of which stems from the department identifying what problem drone technology was going to solve in a given emergency situation. That knowledge and the way in which those pilots are using the technology is also helping to guide conversations and decisions about purchasing.

As a general rule, firefighters and public safety officials are a skeptical bunch. In the past, some technology providers were more focused on highlighting what their product could do versus learning about the needs of a given department, and that bred more uncertainty. Chief Fields mentioned that this skepticism had previously kept many departments from moving forward with adoption.

Thankfully, with the increased adoption of drones in public safety, more technology providers are asking what users like the LAFD want as opposed to simply trying to sell them what they have. These conversations are essential, but anyone looking to buy or sell a drone for use in public safety needs to know when the time for talk is over.

“Evidence and results are the guiding light whenever we’re making a purchase,” Chief Fields said. “Whether it's the actual flight platform or just something like a light, we perform rigorous tests to make sure it's something we can trust in an emergency environment. I'm willing to look at anything that is presented to me, but I'm going to put it through a rigorous test to determine for myself that it actually does what someone tells me it does.”

That sort of testing can also be dependent on a relationship of transparency that many public safety departments like the LAFD have come to expect from their technology providers, which has allowed both to grow. Short-term problems can be worked through while long-term developments can be undertaken. That process allows the people on both sides to get more comfortable with the technology and with how it’s being utilized.

Such applications are essential and come back to the question of what problem a drone is actually going to help solve. There are countless solutions that can capture an incredible amount of data and perform in the most extreme environments. However, such robust solutions often have similarly robust costs. If something that costs less can do everything a department needs then that's all that matters. 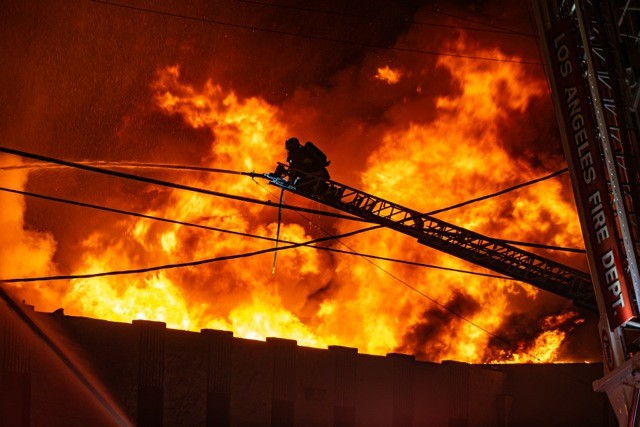 The incredible value that the LAFD has quantified with their drone program might have some public safety departments wondering how they could ever get to that level. Similarly, solutions providers might wonder what else they could possibly offer a department like the LAFD. However, Chief Fields believes that getting the LAFD to where it’s at is just the beginning for his department and the entire industry.

“I believe that we're still many years away from having the ideal platform and setup that will satisfy the general need of public safety,” Chief Fields mentioned. “Ideally, we’ll get to the point where both police and fire departments can have a go-to platform to start their program which will then be their workhorse. There are some reliable solutions out there right now, but we've yet to see that go-to platform that will be universally recommended and adopted by agencies. That’s part of why what we’re doing right now is so critical. Everything that we do in the future is going to be built on what we're doing in the present, and it’s the same for any department.”

That focus on the present is why the advice for anyone in public safety comes down to starting small. The “crawl, walk, run” metaphor has been utilized in this space many times, but it’s advice that has proven to be especially effective. Departments can spend a long time crawling and an even longer time walking before they’re at that running phase, all of which can be a process. However that's the smartest and most responsible way to approach any technology integration, but especially a technology with the potential that drones possess.

As the public perception of drones continues to change, more and more public safety departments will be able to move forward with adoption. Decisions about which drone is right for a given application or department will need to be made, and in many cases, they’ll be driven by the testing and training that a department establishes. Pilots and specific disciplines (such as S.W.A.T. applications) will drive those decisions, but that variety of applications underscores how and where there’s room for various pieces of technology to be developed. Those applications will open up that many more opportunities.

“The more you learn with this technology the more you have moments where you go, ‘wow, I never even thought about that,’” Chief Fields concluded. “It’s an exciting space to be in because there’s still so much for all of us to learn and do.”