Across the United States, police and fire departments are using drones to do everything from assist in hostage situations to increase firefighter safety, but these benefits are just the beginning of how the technology will be utilized by public safety officials. By using drones as first responders, officers can easily gather and utilize real-time information that they know is accurate. It allows them to make better decisions in a faster manner.

As one of the agencies involved with San Diego’s participation in the FAA’s Integration Pilot Program (IPP), the Chula Vista Police Department (CVPD) is helping to pioneer what it means for police departments to think of and use drones as first responders. CVPD is working with Cape to integrate Cape-enabled drones into daily emergency response operations to give CVPD officers and drone operators the ability to share valuable information. These new tools and processes are proving to make everything safer for both officers and their entire community.The Chula Vista Police Department and Cape are at the forefront of the endeavor to define what it means for public safety departments to think of and utilize drones as first responders. That definition will revolutionize how departments of all sizes and officials working in various capacities will approach emergency and non-emergency situations. 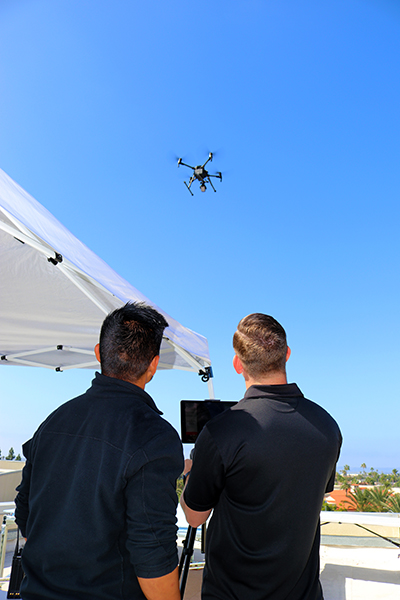 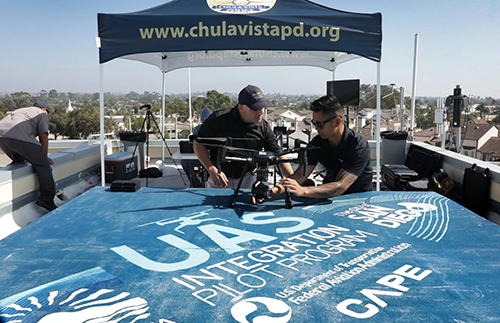 What Does It Mean to Enable the Successful Adoption of Drone Technology?The importance of the deliberate approach that the CVPD took with engaging with their community can’t be overstated. The department valued their relationship with the community, which is why they went to them at the very beginning of their adoption process and explained what they envisioned with their program. They invited community input with regard to their policies and SOPs and even met with the local ACLU. All of that garnered a lot of local support and continues to be an active conversation, which is why they’ve had very little pushback from the community.Working with the right partners has also helped the CVPD enable success with the technology. The IPP allowed them to work with the FAA, while Cape has provided them with the means to proactively approach emergency situations. Working with the right partners has also opened up unexpected benefits that have created entirely new value propositions.“Since we've employed the drone as a first responder, we've been able to use it in unanticipated areas,” Lieutenant Kelly explained. “We might get a report of a minor disturbance that could take a bit to get a patrol car out to, depending on how our calls are stacked for that day. Using a drone, I can better assess whether we need to get a patrol car out there quicker, or if that report can be resolved with a phone call. I've been able to clear a considerable number of calls that I would have otherwise sent patrol cars out to, so it's been surprisingly more efficient than I would have anticipated going into this process.”The different ways drones are being utilized once people have their hands on them is staggering. The autonomous functionalities of the technology will create further value and enable it to scale in the public safety space. Those functionalities along with BVLOS operations represent long-term goals of the CVPD drone program, but these goals shouldn’t be the focus for any department looking at adoption, and they aren’t even what the CVPD is actively focused on.The enthusiasm for drones within the agency has allowed them to look at building relationships with local community colleges that are also starting to explore drone pilot programs. That’s where Chief Kennedy and her team focused their energy and outreach. They’ve also engaged and partnered with the Chula Vista Fire Department to enable drones as public safety assets, instead of just law enforcement assets.Other stakeholders in the city have recognized this potential as well, as the public works department realized they could use drones to check the riverbeds for clearances during the rainy season to ensure that all the drains are clear. CVPD has recognized that there are multiple ways they can partner with their community and that they still have a long way to go with the technology. However, they also realize that doing so will become more and more of a necessity as perceptions and expectations around drone technology continue to evolve.“I think the world is watching this technology now,” says Chief Kennedy. “Three years ago all of this was new and interesting, but now people are ready for these drone programs because they’ve seen what kind of difference they can make. Why wouldn't you want to provide tools that are going to increase safety for public officials as well as the community? We can show the value of the technology as a first responder, which is key. That’s been invaluable to our organization, and I believe it will be the same for any department that adopts this technology in a safe and sensible manner.”