The first half of 2018 saw some major announcements from Kittyhawk, the company dedicated to unifying the mission, aircraft, and data to empower safe and effective drone operations. New features that enabled drone operators to conduct automated flights were announced at the very beginning of the year, while their collaboration with Jeppesen has enabled them to take LAANC to a whole new level. As it turns out though, those updates were just the primer for what they had in store.

In early June, Boeing announced their investment in Kittyhawk through Boeing HorizonX Ventures, which is the venture capital arm of the company. Boeing clearly views this as something much more than an investment though, as they’ve talked about how the platform will help shape the future of safe autonomous flight, while also enabling an integrated approach to a safe autonomous ecosystem. It’s a development that should help to drive the creation of an unmanned traffic management (UTM) system that Kittyhawk and their ever-growing team will help define, even as they make renewed efforts to ensure their current customers can find success with drones and calculate the ROI associated with their adoption of the technology. 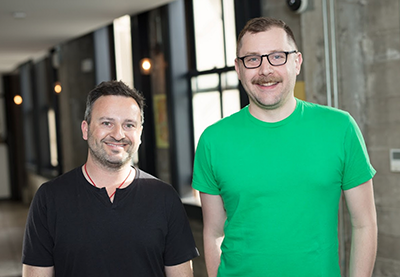 To get a better sense of what all these developments mean for Kittyhawk in the present and future, we caught up with Kittyhawk co-founders Joshua Ziering and Jon Hegranes. We discussed what it means to have Boeing invest in the company, what kind of challenges enterprise users of all types face, why we need to redefine the “R” when it comes to the ROI for drones, and much more. Jeremiah Karpowicz: Congratulations on the recent investment from Boeing HorizonX Ventures! What does it mean to you to get this investment from Boeing, as opposed to an organization without an interest or history in aviation?Joshua Ziering: The validation it represents is huge. This is the largest aerospace company in the world validating a start-up that's been working on unmanned aircraft systems. That was really important for us. There's plenty of strategic money out there, but we were looking for a partner that would help us capture the value of what we're building. Having the buy in from a company like Boeing really helps validate our use cases and bring legitimacy to what we're doing.Jon Hegranes: The big difference in terms of it being Boeing is something you can see on the operational side. Boeing has amazing subsidiaries that have awesome technologies applicable to the UAV space along with a growing portfolio that we’re going to be able to work closely with. Working with them means it’s not going to be about dreams or possibilities, and it’s really going to positively impact the product we deliver.  I wanted to ask about some of the specifics associated with that product, especially since you’re not focused on any one single commercial application of drone technology. That being the case, what can you say about the challenges that operators across a variety of industries run into? Are these issues distinct to certain markets/applications?Joshua Ziering: We see a very common set of problems across enterprise drone programs. People sometimes ask me if it’s weird to be talking to a SWAT team one minute, and then to a railroad inspector the next. It’s not, because everybody is really trying to solve the same issues. How do they make sure everyone is flying safely and compliantly? How do they create an easily scalable culture of safety in their organization? How can they make sure the technology is actually making everyone safer?It’s the reason that Kittyhawk's products support all of the processes necessary to run an enterprise drone operation. We do everything from pre-flight planning, risk assessment, checklists, airspace automated flights...it's all there. If you have a drone program, you’re going to have issues with all of these things, and Kittyhawk solves all of them.Jon Hegranes: We deal with a variety of industries, but the breakout around how drones are being used across an organization are more similar than you might think. Big companies are going to need to check some specific boxes related to safety, marketing, inspection and plenty more, and we’ve been able to work through those challenges with all of those users. At the same time though, we're developing more and more unique-focused functionality for many of these verticals because some of these users want to do more with their data inside the Kittyhawk platform. 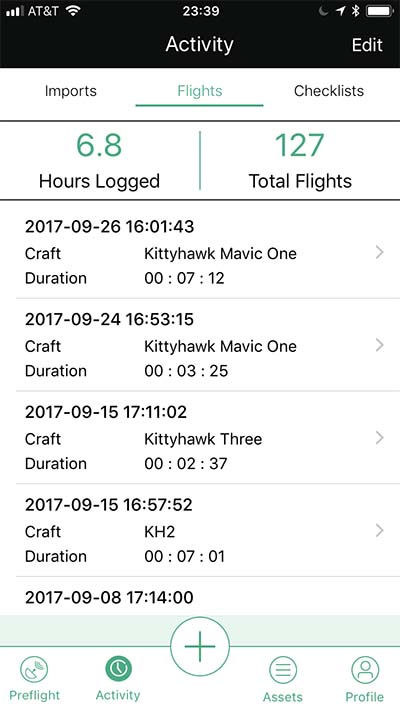 LAANC authorization in the Kittyhawk platform

This evolution of the drone industry is evident not just for those service providers, but in the airspace itself, where your collaboration with Jeppesen has already enabled a unique LAANC implementation. Josh has talked about LAANC being “UTM version 1.0”, so what does “UTM 2.0” look like, and what will it take to get there?Joshua Ziering: Kittyhawk is working fast and furious on UTM. Just the other day I was down at NASA's Jet Propulsion Laboratory working on UTM TCL 4. There are a lot of other people working on that with us, and the collaboration we’re seeing with other companies along with the creation of open source projects is really moving things forward. It's going to be manned and unmanned, and getting there means coming together to make sure we have the ability to talk to each other and collaborate in real-time to work in the airspace.The transparency and open-sourced nature of this system is important, but the collaboration is critical. Yes, many of us are competitors, but just look at something like the major airlines in the United States. They all fly in and out of the same airports. They all compete, but it's imperative they all work together in order to create a culture of safety.The singular goal of our efforts, which is about creating an open source UTM system that’s industry-led, represents the next generation of airspace management. It's super important, and the idea that industry is leading UTM progress really is what the FAA is looking for. If we can all collaborate to make sure we can do this safely and efficiently, it's going to be a big win for everyone.Jon Hegranes: That also goes back to how we're approaching LAANC. We're truly connecting data and making it useful. For us, LAANC isn't just being able to get a quick authorization to fly. It's about giving visibility and transparency to that flight so that the company knows where that flight is being operated, and also so that we can communicate real-time telemetry and relevant data with anything or anyone else in the airspace. It's about connecting all those dots, and making it so that we can open the airspace and have more flights in this shared space. That’s what the UTM system will ultimately look like. How do you balance your priorities in terms of considering what makes sense for the airspace tomorrow while also working through what makes sense for the technology today? How should anyone thinking about drone adoption consider this issue?Joshua Ziering: One of the most important things about this is a phrase I'm reminded of: there's never a wrong time to do the right thing.Any key decision maker not championing a drone program right now, because they have trepidation about being too soon, is crazy. You need to be championing a drone program in your company right now. Even though it might seem a little uncomfortable to lean into the future, what happens when your superiors ask you why you don't have this up and running when all of your competitors do? And that's also after all your competitors have discovered and are showing off the ROI from their drone program while you're sitting at square one. Do you think some companies are holding out until BVLOS operations or flights over people are simpler from a regulatory standpoint? Doesn’t it make sense to see how some of that plays out before pursuing drone adoption? Jon Hegranes: Most companies would like to push the limits, but the FAA has a pretty nice framework where if you can make a case to fly at night or fly over people or fly BVLOS, there's a good chance you can do that if you're operating in the right way. So you're really not that limited, and now is the time when we're seeing forward looking companies that want to invest in this and be well positioned for the future. Speaking of that future, anything we should be looking forward to seeing, either specifically from Kittyhawk or for the industry as a whole? Jon Hegranes: Looking to 2019, once LAANC is completely rolled out, it’s going to be doable for a company to fly in almost any airspace. In 2019, you're really going to be able to execute, and it's been great to talk with customers and perspective customers about some audacious goals about what they're going to do in 2019. I'm excited to see them make that happen, all of which is going to be built on what they're doing today.Joshua Ziering: Stay tuned for a big announcement in Q4. We're working on some new features that will make Kittyhawk even more of a full stack solution. Also, since we announced our funding on June 5th, we’ve grown almost 3x as big, and we’re not done yet! That’s right, Kittyhawk is hiring! I imagine it’s nice to not have to wear all of the hats within the company anymore, eh? Jon Hegranes: That's been really the most exciting part for us. We've gotten far with a small and nimble team, so being able to add some horsepower to everything we do is awesome. We're on a mission that excites people and is attracting people from all over.

How Does a Commitment to Drone Airspace Safety, Security and Compliance Define the Evolution of Kittyhawk into Aloft?

How Does a Commitment to Drone Airspace Safety, Security and Compliance Define the Evolution of Kittyhawk into Aloft?