How are DJI Drones Being Used to Sniff the Amazon Rainforest?

The innovative ways drones are being used to collect information that would otherwise be difficult or impossible to gather are as impressive as they are revolutionary. Drone technology has been used to enable high accuracy mapping, but it has also been used to study the health of whales without ever coming into physical contact with the creatures. These use cases illustrate what can happen once professionals in various fields get their hands on the technology and actively consider what can be done with it.

Dr. Scot T. Martin has demonstrated what’s possible with drones on a whole different level though. As an environmental chemist focused on measuring emissions from both vegetation and human activities in various ecosystems, he has traveled all over the world to study the connection between emissions and climate. Thanks to a strong collaboration with Amazonas State University (UEA), he’s recently been able to deploy drones for this work in the Amazon Rainforest, deep in Brazil’s remote Amazonas state. There, he has been utilizing drone technology to measure the Amazon’s air by “sniffing” the environment using sensors specially designed and built by members of his lab. Doing so has provided his team with insight never before available around the ecosystem of the Rainforest.It’s impossible to overstate the importance of this work, which is being supported by the Harvard Climate Change Solutions Fund, since it has and will provide a more meaningful understanding around how this environment is changing. The success Dr. Martin has had with the technology has compelled him to deploy a fleet of drones to collect air samples at different heights. This information will not only provide scientists with more accurate information but could help create an early warning system for potentially disastrous changes to the Rainforest.Many of these insights will be discussed by Dr. Martin at the upcoming DJI AirWorks event, where the Gordon McKay Professor of Environmental Sciences and Engineering and Professor of Earth and Planetary Sciences at Harvard University is set to present. To highlight his work and some of the things he’s set to talk through in detail at the event, we caught up with Dr. Martin for an interview. We discussed how his team is using drones right now, what kind of a difference doing so has made for his research, what he’s looking forward to discussing with participants at the AirWorks event and much more. 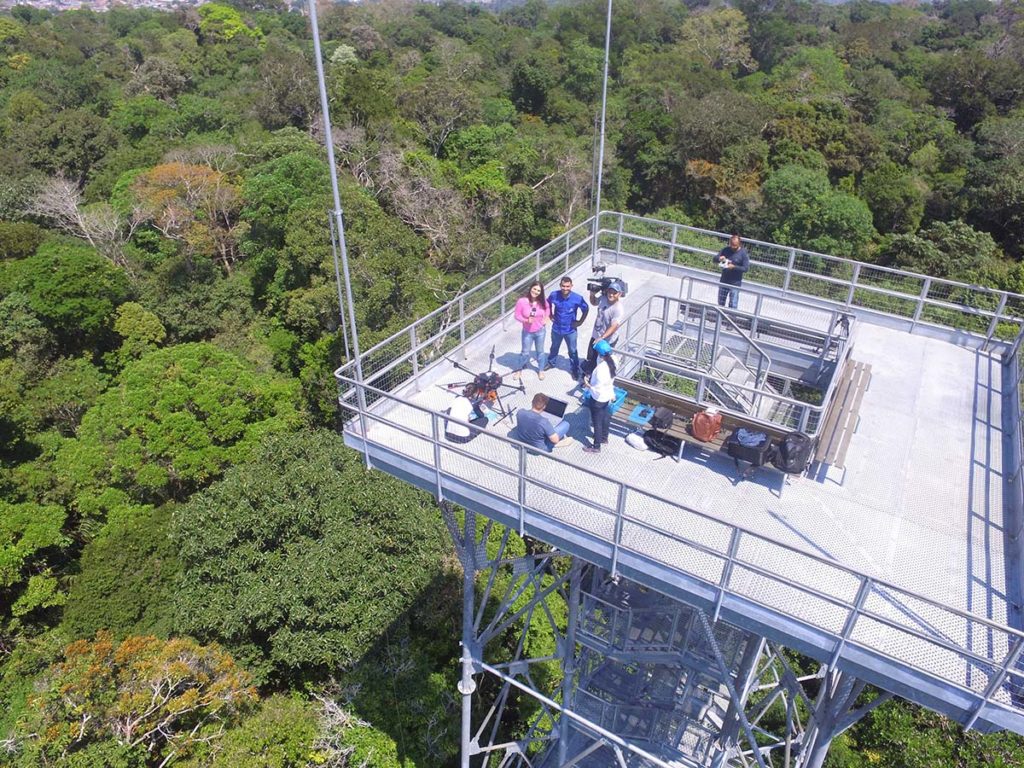 Determining How Drones Can Help Define a Response to Climate Stress

The Top 5 Things to Look for at DJI AirWorks