Over the past decade the drone industry has matured to the point that the FAA is in the process of establishing an entirely new set of rules to allow these unmanned marvels to join the national airspace (NAS). Originally it was features and functionality that drove the industry to separate itself from the well-established hobby of remote-controlled aircraft, but then commercial uses and industrial-strength equipment catapulted the trade into mainstream technology.

New and improved safety equipment and technology has enabled the industry to reach new heights, and safety standards have expanded commercial uses to new levels. Creating unmanned aerial vehicles (UAV) that are capable of operating safely without risk to lives and property has guided the efforts of many startups and established companies.

One area that has improved the safety of drone operations has been the development of recovery systems or parachutes. Recognizing that UAVs needed a safety system to not only protect their investment but also property and lives, the industry quickly adapted parachute recovery systems to guarantee the safe return of the aircraft to the ground, avoiding injury or property damage. With parachutes, the vehicle may still sustain some minor damage, but catastrophic results can be averted. 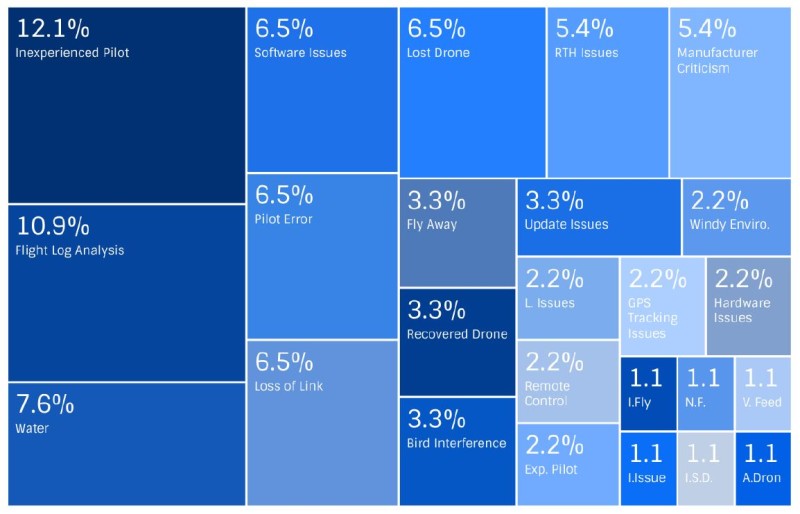 One company in particular, AVSS, caught Commercial UAV News’ attention a few weeks ago when they announced a new Parachute Recovery System (PRS) for the DJI M200 Series industrial drone due to its potential to enhance the functionality of PRSs.

AVSS, an aerospace company founded in Canada in 2017, entered the competitive field of drone recovery systems with the idea of developing an easy-to-use technology to replace something that until now has been expensive and cumbersome. AVSS’ PRS has undergone numerous iterations, substantial engineering analysis, and comprehensive in-field testing before it was offered to the public.

We had the opportunity to talk to Josh Ogden, founder and CEO of AVSS to ask a few questions about their technology. With so many companies offering parachute recovery systems in the market, we asked Josh to define his company’s differentiator.

“Our system meets the needs of commercial pilots, easily integrates into commercial operations, passes comprehensive third-party standards, and complies with the strict requirements of Civil Aviation Authorities,” Said Josh. “Our technology is continuously monitoring the health of a drone midflight and determines when a potential failure may occur. When a safe deployment is necessary, the Parachute Recovery System’s parachute will minimize the kinetic energy impact to bystanders, while reducing the financial burden for the UAV operator. But what really sets us apart is that, until now, parachute recovery systems were expensive and difficult to reuse after deployment. What we have done is to create a PRS system that allows users to change only the parachute pod, enabling them to go back in the air in minutes instead of weeks.”

One fact that’s little known outside the industry is that parachutes need to be sent back to the manufacturers after deployment for repackaging. Therefore, placing a drone back in service used to depend entirely on the ability of the manufacturer to return the vehicle to its owner. AVSS’ PRS changes this process.

“Our aim has been cost and a plug-and-play approach in order to allow our customers to go back in the air in minutes instead of days,” explained Josh. “Our Parachute Pod can be replaced in seconds and it only costs $375 after the pilot has purchased the main system. This allows the unit to be redeployed while the used pod is sent to the factory for repackaging. The customer can have a few pods in the field and avoid costly delays.”

When asked about standards for the parachute recovery industry, Josh had a surprising answer.

“We believe that the industry must co-create performance benchmarks to unlock the global potential of UAVs,” said Josh enthusiastically. “We are refining our PRS by collecting and analyzing performance data from in-field and wind tunnel testing. All our products are continuously undergoing rigorous testing to ensure any claims made by the company are data-driven and third-party validated. That’s why we have applied and are half-way through certification of ASTM F3322.”

ASTM F3322 is the gold standard for UAV’s parachute recovery systems and receiving the certification will be a boost to AVSS’s claims of safety and reliability.

With innovations like PRS from AVSS and the publication of the FAA Remote ID notice of proposed rulemaking, we are getting closer to the day in which manned and unmanned aircraft will share a common airspace in safety.

How Did the Hensel Phelps Construction Company Receive FAA Approval for Drone Operations Over People?