Bridging the Past and Future of the Drone Industry

As the Managing Director at Nexutech, Jay Willmott leads a group of seasoned senior-level subject matter experts specializing in unmanned systems and related technologies. He is a two-time past AUVSI Chapter President (Hampton Roads & D.C. Chapters) who began his long drone career manufacturing remotely piloted aircraft during the mid-‘80s when he oversaw development, production and deployment of several hundred small UAVs and related support equipment for delivery to DOD and international clientele.

In 2016, Willmott was named Virginia’s Aviation Person of the Year, the first time an unmanned aviator has received that recognition, for his support of the drone industry and his long-standing efforts to support aviation-related STEM education activities. Today, many of his efforts are focused on the Virginia area, which is home to the Mid-Atlantic Partnership at Virginia Tech that won an FAA IPP program in conjunction with the Virginia Center for Innovative Technology. Their proposal was designed to facilitate package delivery in rural and urban settings and included the use of enabling technologies such as detect and avoid, Identification and tracking, radar systems, and mapping tools. The data obtained from these operations are set to provide scalable benefits to the agency and industry.We’ve explored the potential ramifications of several IPP initiatives, and the changes they could enable for the industry as a whole are significant. However, before continuing on with that looking into the future, we wanted to get a better sense of how we got to now, and Willmott provided us with some important context around the journey of drone technology as a whole. We discussed the ramifications of the proliferation of the technology, what he sees taking shape in this drone market of the future and much more. Jeremiah Karpowicz: As someone with over 30 years in the unmanned aviation industry, what can you tell us about the early days of drone technology? 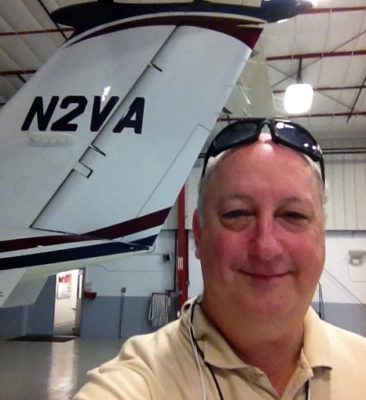 Jay Willmott: Well, I’d like to think the “early days” were a little before when I got started, but I’ll tell you what I remember:I recall having to invent many of the capabilities that are taken for granted today. For instance, we built our own autopilots before GPS and then had to learn how to incorporate GPS, and figure out why we had no signal when we used relatively “dirty” video transmitters that jammed our signal with sideband noise or harmonics. I remember holding directional antennas for hours and being the “human tracker” using a tone generated in an earbud. I remember gradually making the transition from traditional wood and metal materials to composites, and then figuring out how to reliably and consistently manufacture production runs of parts using composite materials and new tools like waterjet and laser cutters. In effect, we were transitioning from decades of analog technology into the digital era.In the 1980s, most unmanned aircraft were fixed-wing and fairly large ones, at that, because the equipment they carried was large and heavy. There was practically no commercial market for unmanned systems, and getting the defense department to plan for and fund the use of unmanned aircraft was challenging, although we foresaw many of the common uses for systems today for applications like power and pipeline inspection, fishing and agriculture. But the basic building blocks we take for granted today, things like GoPro cameras, Ardupilots and the like simply didn’t exist and really grew out of the commercial demand for those types of things in products like cell phones, not drones. 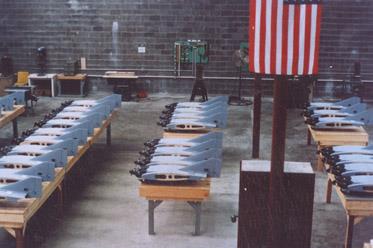 How AI-Enhanced Predictive Maintenance Will Advance the Drone Industry

How AI-Enhanced Predictive Maintenance Will Advance the Drone Industry