Recent news about the Tactical Humanitarian Operations Response (THOR) vehicle built by Verizon to support the public sector garnered a great deal of attention from agencies across the country. This prototype, 5G-based disaster response and command hub vehicle provides first response teams with a sense of the multitude of connectivity options that can be available to them. However, the capabilities that THOR has been able to highlight are connected to a commitment to the sector that is about more than the latest technology innovation.

The Verizon Response Team (VRT) supports local, state and federal agencies across the country in multiple ways. That support ranges from them showing up to a disaster like a wildfire to sorting through the challenges of a planned event. No matter the situation, the team is available 24/7 to support public sector agencies. When they’re not actively deployed, they’re performing exercises related to enhancing communications that can serve federal, state, county, municipal and DoD agencies.

What kind of support can the VRT provide to increase situational awareness, make decisions, and respond effectively during an event? How are innovations like drones part of their response and how can they inform the technology decisions that an agency makes? These are the types of questions that the VRT is working through on a daily basis. 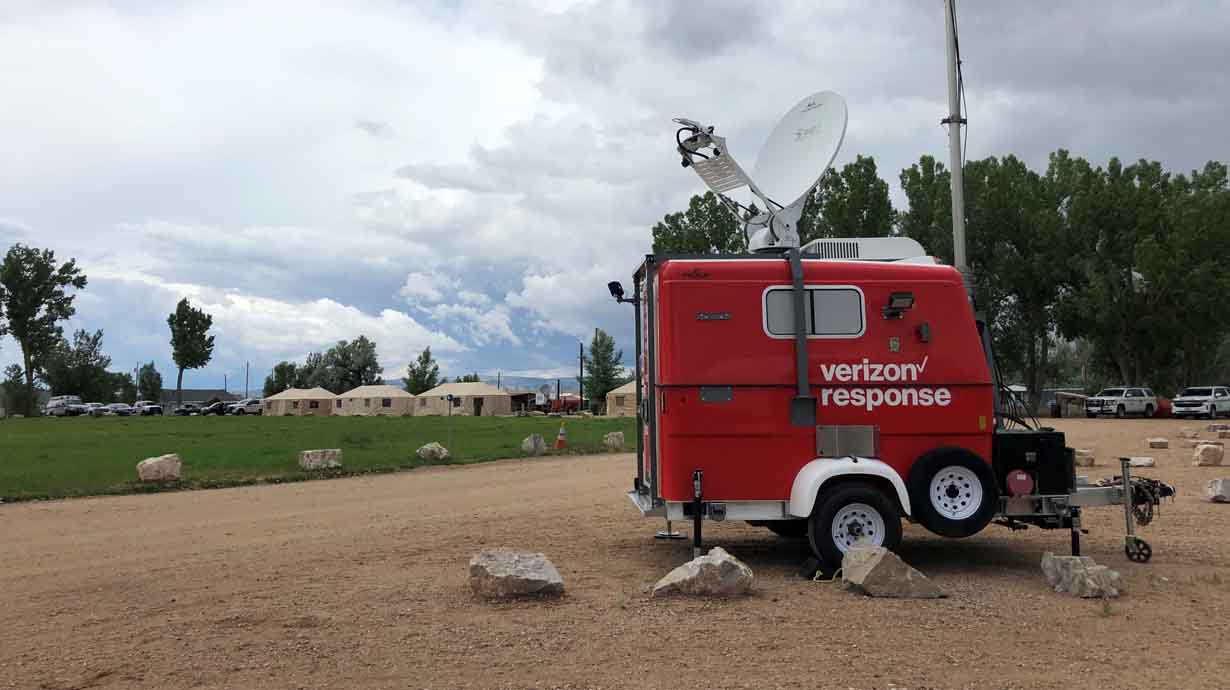 How Does the VRT Support Public Safety Efforts?

The Verizon Response Team has existed, in various forms, for many years, being deployed in times of sudden need related to disasters like hurricanes or wildfires. The previously all-volunteer team would assemble and respond to these types of unplanned and even planned events as needed, providing technical support to public safety officials to help them keep their communities safe and connected.

A turning point for the VRT occurred in 2018 with Hurricane Michael. The devastation of the event highlighted a need to have dedicated personnel and equipment for these types of crises. This commitment of resources allowed the VRT to focus on what happens during and after a crisis or event in a whole new manner. Originally with 14 members, they've since expanded to 24 full-time team members that cover all 50 states.

That expansion highlighted the additional ways the VRT could support the needs of the public sector, which would come to define how the team utilizes drone technology. Chris Sanders designed the VRT's recently launched UAS training program, which he developed specifically for Verizon employees who are part of the Verizon Response Team. It is meant to give these response managers another tool to use in support of the agencies they work with, which has been well received on both sides.

“I joined the team with a wealth of UAS knowledge but I also have specific experience in developing programs,” said Sanders. “I’m a big fan of a crawl-walk-run methodology. I prefer to start small and slowly scale up as the skills of the team evolve or as the mission set evolves. That’s how it makes sense to our team and how we’ve seen it make sense for the agencies we’re working with.”

Those agencies are at all different places in terms of how they’re using drones though. If drone capabilities are needed in the case of a response effort, and the agency requesting assistance doesn't have those capabilities, the Verizon Response Team can provide this service. That variety is why the drone solutions the VRT brings to a given situation can be so varied. They can use drones to provide a simple aerial view of the situation but can also use them as mini-networks to support communications. The VRT has used drones to create a 4G LTE network that was capable of restoring cell service to the equivalent of a full city block. Whether they’re simple or complex, this exact type of support that goes beyond drones is what the VRT was created to provide.

“We tailor all of our responses and the Verizon Frontline technology we bring to the needs of the agency,” said Michael Begonis, Verizon Response Communications Liaison. “We have numerous pieces of equipment with us at all times, but we actively listen to the problems that teams are dealing with in a given situation, find out what their concerns are and then develop a response that is scalable. We make sure we're not bringing too much or too little to ensure they have the one or two things that they don’t have that they really need.”

Defining what those needs are in an emergency situation can be difficult enough, but exploring how innovations like drones can best meet them is something individual agencies and the public safety sector as a whole are actively working through. Future scenarios where drones can be deployed remotely or tethered are future scenarios and use cases the VRT is exploring. However, those future capabilities are directly connected to the support they can and do provide today. 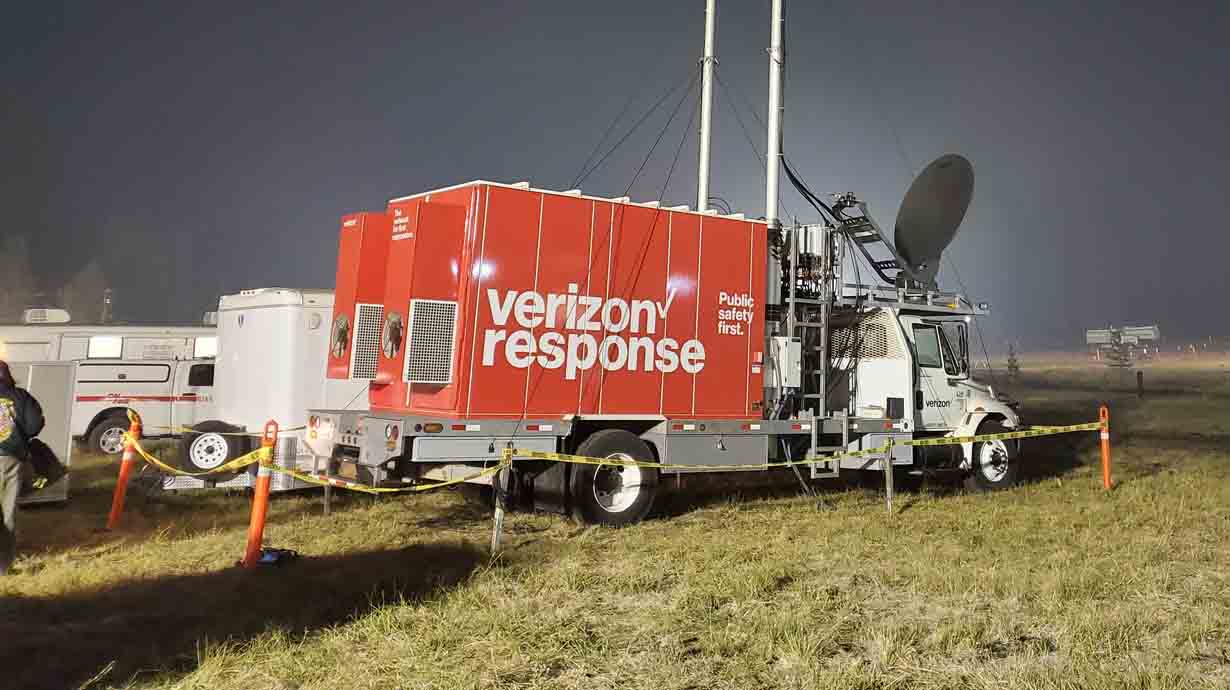 Situational Awareness and a Better Understanding of the Technology

The differences that drones can make for public safety departments have been well documented, but challenges with adoption range from public perception to budget to resources. In some cases officials are skeptical of the difference the technology can make, but Begonis has seen and lived the opposite. The retired police chief from Northeast Massachusetts ran a nationally recognized 250-person tactical response team in northeast Massachusetts to respond to situations all over New England. He’s seen how technology can make a difference and knows that others have as well.

“I think that public safety officials embrace technology because it really allows them to get a better understanding and situational awareness of what the environment is,” said Begonis. “What better way to get an operational idea of what's going on than to deploy a drone? Eyes in the sky can be crucial and more and more departments recognize that. The VRT was designed to enhance public safety capabilities with innovations like drones, and we can do that in multiple ways.”

The VRT has worked with agencies that have never flown a drone as well as ones that have full-fledged drone programs. Their primary mission is to support first responders, whether that’s eyes in the sky or just making sure their data loop is coming back correctly.

That support extends to how departments can adopt the technology for themselves. If an agency doesn't have a drone program but wishes to create one, the VRT can advise around the best approach. Doing so is more often about people and processes than it is about hardware or technology.

“You should determine what you need before you just start buying things,” Sanders mentioned. “It really needs to be foundational. You can't buy enough equipment to replace a lack of training. I've seen more than one agency spend a lot of money on equipment and not spend any money on training people to use it.”

That advice is connected to the commitment to the sector that the VRT represents. Drones are just one aspect of the Verizon Frontline technology the VRT provides but the team can meet agencies where they are with these solutions and a variety of others – literally and figuratively.

“We can meet someone wherever they are in the adoption process of a new tool like a drone but also meet them out in the field where things are happening,” Sanders said. “I try to tell agencies that we'll come out and show you what we can do when they’re training or just running exercises. It's always better to get a sense of what we can bring to the table on a blue sky day than a dark sky day. But we always take it one mission at a time.” 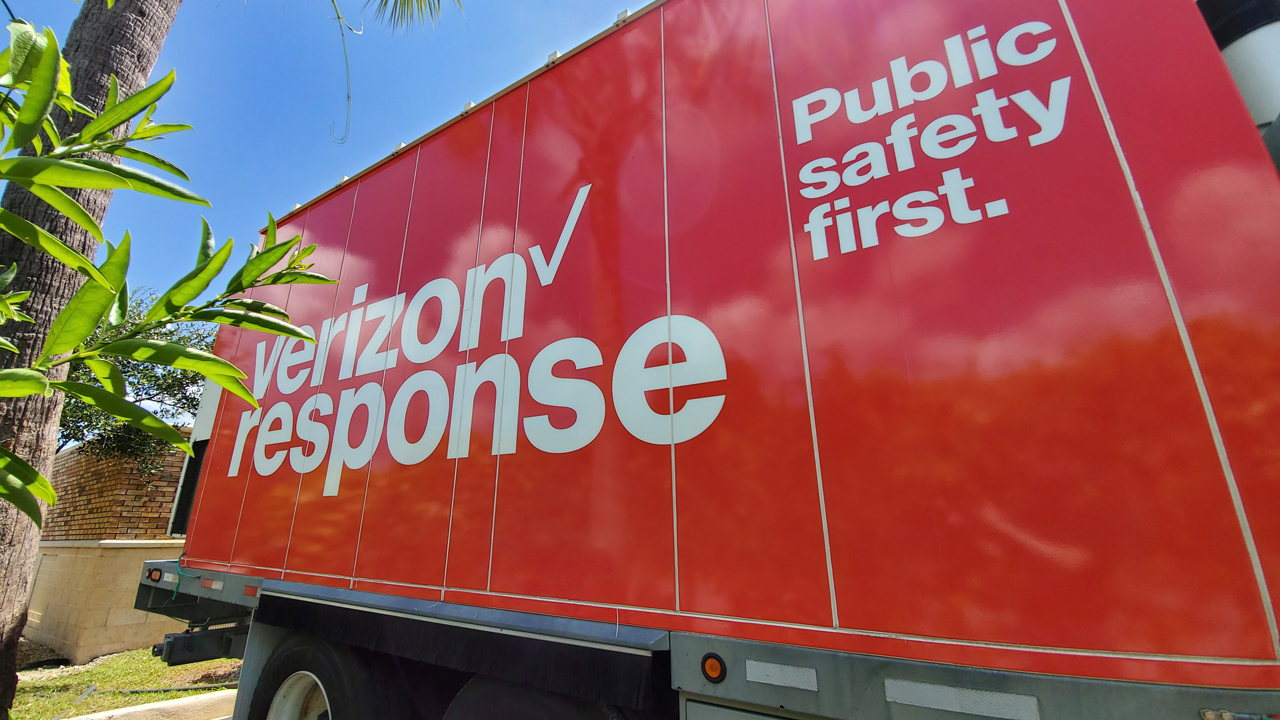