“What is that drone doing?”

The importance of that kind of transparency and communication is easy enough to understand when that question is literally being asked, but with concerns about privacy and overreach, it’s critical that police and emergency response departments answer such questions long before members of the public actually ask them. Proactively reaching out to the public before the purchase of any technology allows departments and the public as a whole to understand and have a dialogue about how innovations like drones will be appropriately utilized.

That said, insights around how public safety departments can effectively approach the adoption of new technology are not specific to drones. Additionally, establishing a public discourse around drone adoption has been the advice of professionals in the drone space for many years now. Are these insights being taken to heart? There are some encouraging signs that they have.

Take a look at some recent news from Michigan for proof. In 2015, Michigan State Police became the first law enforcement agency to use drones for public safety purposes. That baseline has fueled an expansion of the technology by departments across the state, which is continuing in 2021 with approval for the Brighton Police Department to make a purchase of a drone.

Drones have allowed officials to find missing persons and serve as a force multiplier for a variety of activities, but the balance between safety and privacy is something that departments across the state are actively considering. The Brighton Police department plans to use their drone as a safety tool, not an observation tool. That distinction has been and continues to be part of their dialogue with the public.

In Washington State, the Pacific County Sheriff’s Office relied on the Washington State Parks and Recreation Commission Boating Program to fund their purchase of a drone. This approach allowed them to communicate their intention to use the drone to drop life-preserving vests to people in need of help. It puts them in a great position for expanded and additional uses of drones that the public can understand in context.

There’s still work to be done though, which is evident with how the Cleveland Police Department is considering their adoption and use of the technology. Headlines that contain the phrase “offers no details on policies” are not helpful when it comes to the use of any new technology by police departments. With this kind of limited information, it’s easy to see how the public could resist the adoption of drone technology for any purpose. When this happens, departments are often forced to completely abandon their use of the technology.

Thankfully, this sort of anti-transparent approach is becoming less and less common, although there are still challenges that need to be addressed. In Oklahoma, the purchase of a drone was funded through the Pittsburg County Sheriff's Foundation. This approach provided the public with a real sense of how the technology would make the county better. Of course, transparency isn’t the only thing departments like the Pittsburg County Sheriff's Office need to have top of mind.

It was mentioned that a pilot could fly their drone from the sheriff's office to northern Pittsburg County, which is about 30 miles away. That would make it a beyond visual line of sight operation, which would seem to be more trouble than it’s worth for a deputy simply to pick up operations with a second controller at that location. From the sounds of it, the logistical and legal ramifications of that kind of operation have not been properly considered. 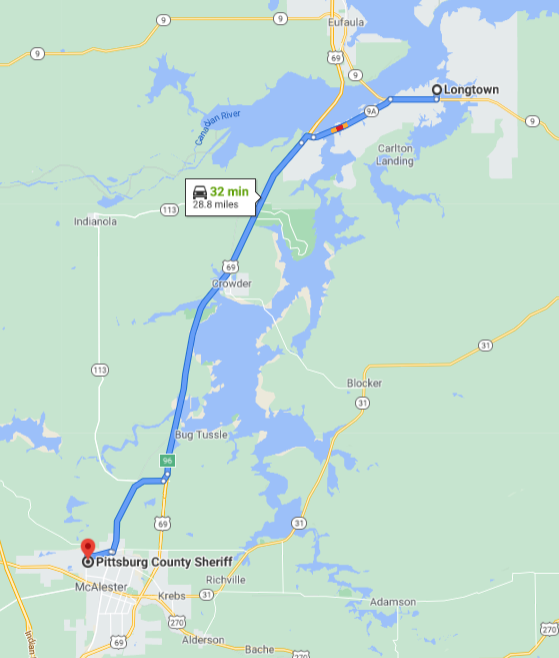 However, that potential challenge is actually a positive, as it’s an indication that public safety departments have learned some important lessons. Permissions and practicalities can always be sorted out, but they wouldn’t have ever gotten the chance to do so if their drone options were being explored in secret or unbeknownst to the public. The turbulence they’ll experience sorting out what it means to enable BVLOS operations is much preferable to never even getting a drone program off the ground.

For the general public, the best answer to the question of “what is that drone doing?” is one that educates and helps people understand how drone technology is saving lives while reducing expenses. The differences it can make when pubic safety departments discuss these answers before and after they’ve made a commitment to the technology is the difference between a program that doesn’t exists versus one that can quantify how drones are literally helping them save lives.