While the drone industry has remained connected over the past two years, so much has changed since the last in-person edition of Amsterdam Drone Week. The event is still very much focused on the connections and conversations that will enable urban air mobility (UAM) ecosytems but the value of doing so to society as a whole took prominence in 2022.

Patrick Ky, Executive Director of European Union Aviation Safety Authority at EASA, mentioned how that concept of value was central to the event and is something that the public is recognizing. He mentioned a recent EASA survey that showed 83% of respondents have a positive initial attitude towards UAM, with 71% ready to try out UAM services. How exactly will that value be created? What are the game-changing technologies? He and Paul Riemans from RAI Amsterdam, which organizes the event, mentioned that the technology needs to support the developments of new and augmented services. That is often positioned in terms of delivery but the value of the technology can’t be limited to this application in the mind of the public.

How the public is and needs to view drone technology is a topic that came up again and again, with many speakers highlighting the importance of establishing more active connections with communities of all types. Those conversations can define the role of cities when it comes to creating the new ecosystem of the sky, as city stakeholders can create frameworks that give cities the power to define what makes sense for their community. That kind of connection is exactly what will be further enabled by the World Economic Forum, as they announced a coalition of cities for urban aerial mobility at ADW. City and regional leaders are committing to accelerating the adoption of services within their own geographies through this new coalition. 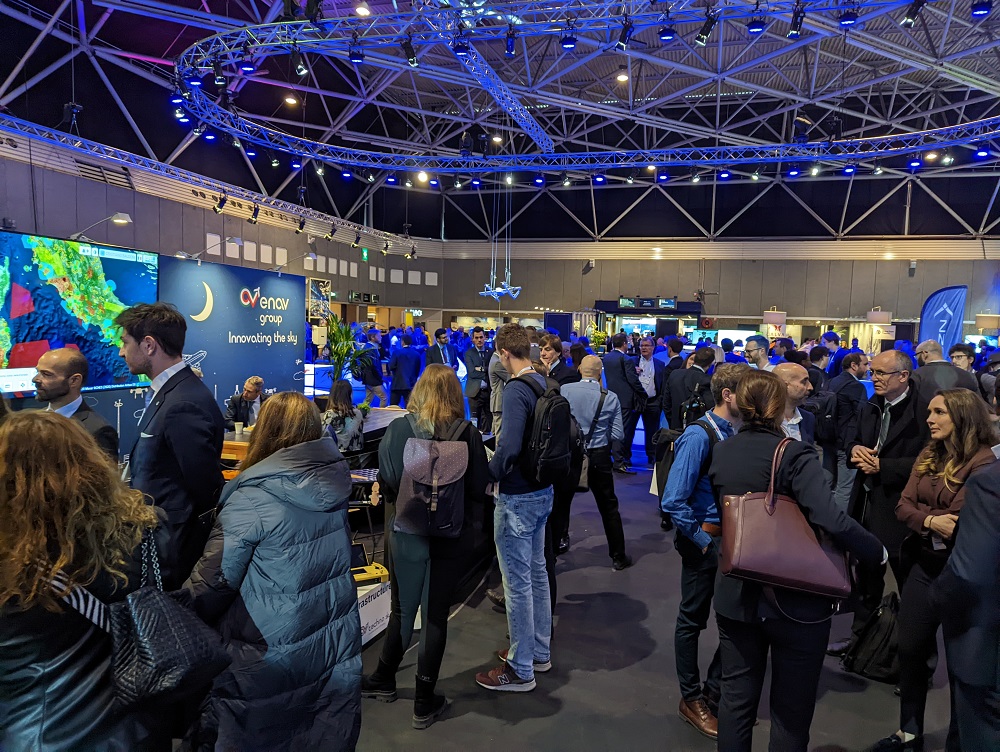 New airborne services, new standards and updated frameworks will define these ecosystems that require a combination of regulation and technology. Speakers like Diana Cooper from Supernal, Tassilo Wanner from Lilium and Joerg Mueller from Airbus all detailed and discussed how their solutions enable these pieces but that they’re also looking for further collaboration. How can vertiports be integrated into a city? How will large passenger drones change the role of airports? These are the questions many speakers asked and explored in the context of what it means to add value to society with urban air vehicles.

That value was further detailed in terms of the positive environmental impact it represents as well as the new workforce it can help cultivate. The sustainability of the technology was highlighted like never before.

Open access to vertiports and other UAM vehicles was another key focus, making sure that the technology isn’t only available to a certain set of people. Cooper positioned these vehicles as ones that would not displace transportation modes or infrastructure but instead augment them and fill a gap to give people more options. That's why there's such an effort to work with cities to see where the gaps are right now. Inclusive and accessible AAM can only happen as a result of awareness and collaboration. 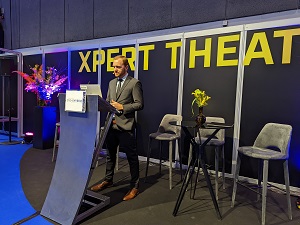 This focus on the real-world impact the technology has made was further underscored by Kay Wackwitz from Drone Industry Insights, who provided a detailed update on the drone market. Full details are available in their reports but he discussed the developments and numbers that show how market consolidation is speeding up and proves the hype with the technology is over as the trust is real. 2021 saw an all-time high in new investment in drone technology.

The reality of this value is being explored in AAM ecosystems as well, as the news about the roll out of drone taxis for the 2024 Summer Olympic and Paralympic Games in Paris was discussed in detail at ADW. Romain Erny from Choose Paris Region mentioned how the Olympics could prove to be an ideal time to truly explore and leverage the technology, with the exposure being able to positively impact how the public views the technology.

These use cases are what will make UAM a reality, but one of the final panels of the opening day explored how this reality is one that must not only be built upon a foundation of safety but also one that needs to work within the existing airspace ecosystem. Jay Merkle, from the UAS Integration Office at the FAA, mentioned that the extension of existing airspace rules would solve some of the challenges, but the focus should be to first make drones and these other aircraft visible to ANSPs, and then to integrate them with existing and potentially new rules. But that identification piece needs to come first.

Challenges with doing so are connected to technology and regulations that vary from country to country, with panelists like Peter Bunce from GAMA and Rachel Daeschler from EASA further highlighting these distinctions. None expressed any concern about what it would mean to eventually solve them though. 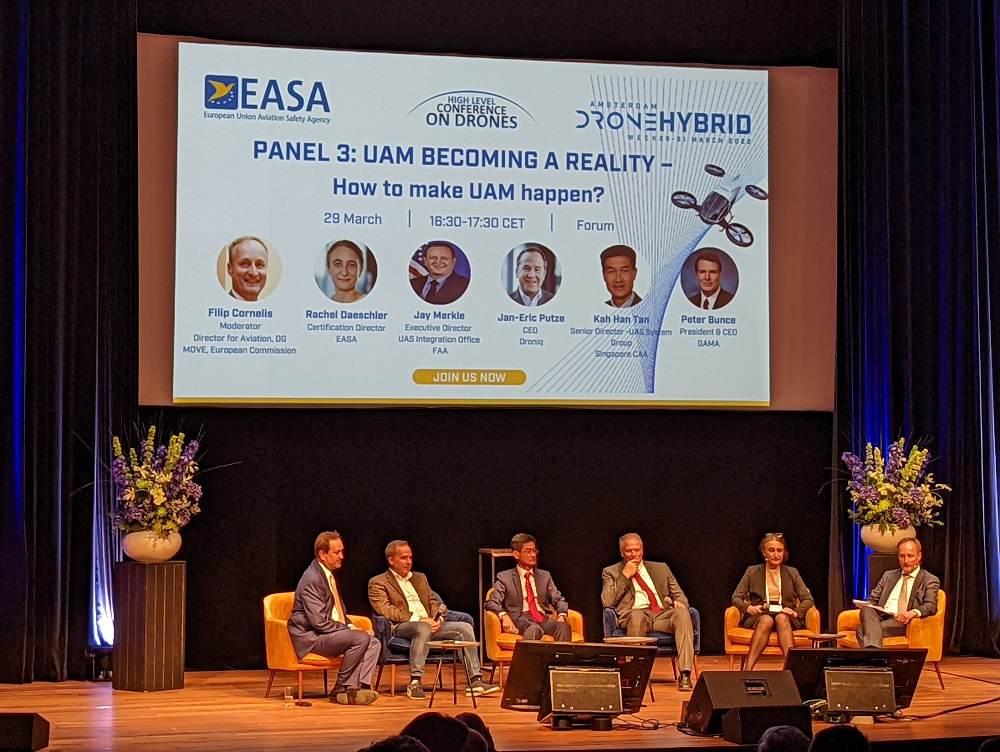