At INTERGEO 2017, we connected with the team at Wingtra to explore the opportunities that were being opened up for commercial drone operators on account of their partnership with Florida-based Lengemann Corporation. A new partnership with one of the biggest names in the drone space is set to expand those opportunities in an important way. 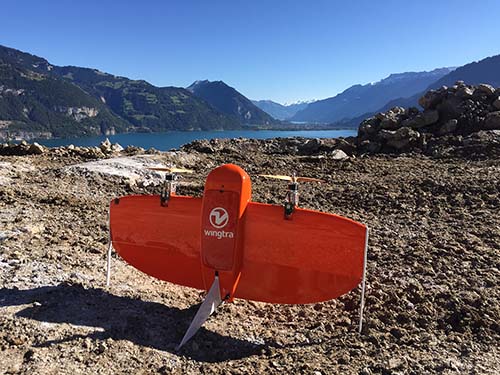 Wingtra has announced they’ve formed a partnership with Pix4D, which is designed to augment the abilities of the WingtraOne, their VTOL (vertical takeoff and landing) drone. The partnership is set to enhance their solution by including 2D map and 3D model construction from aerial data. This will allow surveyors, growers and plenty other professionals to transition their drone data into actionable information. The ability to offer users a more complete drone solution was a major aspect of this development.“We aimed to deliver everything in one - a drone to ensure the smoothest data collection and the software which turns this data into actionable insights,” Justina Kostinaité, Marketing Manager at Wingtra told Commercial UAV News. “We believe that this partnership opens great opportunities for people in surveying, mapping, agriculture industries. Our customers from small engineering offices to big companies will definitely benefit out of it. It's a ready-to-use solution.”The WingtraOne takes-off and lands vertically like conventional multirotors, but once in flight, tilts forward to fly like a fixed-wing aircraft. This ability has been called a “best of both world’s solution” for anyone trying to decide whether a fixed wing or multi-rotor is the best fit for their project. With this partnership, their innovative hardware is being paired with a powerful piece of software that will be available to WingtraOne users, both directly and via Wingtra’s​ ​distributors. Wingtra is also offering a reduced price on WingtraOne drones, when bundled with Pix4Dmapper.Efforts to create a “complete drone solution” have been a talking point for various companies this year, and this new offering allows Wingtra to be able to offer something that can be part of this conversation. It’s one that will be picked up in a major way at the Commercial UAV Expo, where both companies will be talking through how they’ve been able to make an impact in a number of commercial applications and environments.You can meet Wingtra (booth 109) and Pix4D (booth 415) at Commercial UAV Expo Americas, taking place in Las Vegas on October 24-26, 2017.

Wingtra Leverages the Benefits of Multirotor and Fixed-Wing Drones