Is Now the Right Time to Adopt Drone Technology?

Figuring out when is the right time to move forward with drone adoption is a question that operators and organizations have been asking ever since the technology became widely available. It’s a question that always comes back to value, and how a UAV can actually make something faster, cheaper or safer. Thankfully, answers are being provided by professionals working in industries that range from construction to infrastructure inspection to surveying and mapping. These specific details have helped define the critical value propositions of and for UAV technology.

Even with that value defined or at least understood, there are countless reasons operators and organizations often delay adoption. As varied as those reasons might be, most of them come down to objections associated with costs and an aversion to change. While there are plenty of legitimate justifications around holding off on the adoption of any new piece of technology, neither of those reasons should be part of the conversation.

It Shouldn’t Be About the PriceWe’ve detailed the different types of financing options that exist for anyone looking to adopt a piece of equipment that would otherwise be too expensive, many of which have helped organizations consider the costs associated with adoption in a whole new light. These kinds of costs are never going to be eliminated, but financing options allow stakeholders to deal with the core issues that typically aren’t about money at all.“It really shouldn’t be about price, and in fact, it usually isn’t,” said Nick Gibbens, Sr. Vice-President of Vendor Finance, AP Equipment Financing. "People often talk about cost as their first objection, but one way to get price out of the way is to get someone thinking about a monthly cost for use rather than the total cost of a solution. Your business can handle a reasonable monthly payment, right? That usually eliminates the cost as someone’s objection, which allows them to address what’s really holding them back. That’s the question that really needs to be answered.”Financing is just one of the approaches to change cost calculations, and there are numerous reasons to finance a technology investment. Those options are about being able to use a particular piece of technology right now so that a surveyor can get an aerial view of the site they’re working on today, instead of wasting time walking the perimeter. The value associated with the efficiencies the technology has been able to unlock are numerous, and they’re differences that can be quantified today. That’s without even considering what kind of benefits they’ll be able to open up in the future.That said, drone adoption often represents changing the way things have been done around a particular task or for an organization as a whole. It often means pushing past an aversion to the way things have been done, or the approach that everyone has gotten comfortable with. As it turns out, that kind of change can be the most difficult to enable, regardless of the technology or the tremendous benefits associated with doing so. 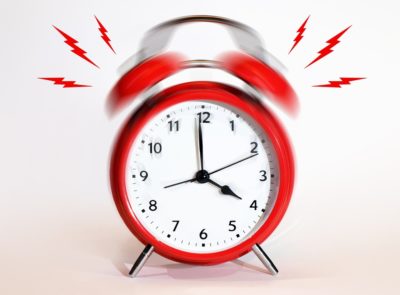 Change is Hard…But NecessaryWhether you’re talking about changing processes, behavior, habits or just about anything else that involves a human being, there’s no getting around the reality that change is hard. The reasons behind this are as varied as they are numerous, but they’re ones that need to be honestly explored in the context of adoption because of how much is at stake for a business. Change might be hard, but will making that change result in 90% field time savings? With that kind of savings at stake, stakeholders need to ask and honestly answer questions associated with whether or not they have the tools that will enable them to create new efficiencies. Not wanting to change is no excuse to hold off on the adoption of a solution that will open up real value, especially when the value is set to exponentially increase.“The economy is still moving forward,” Gibbens continued. “Construction equipment has led the equipment-financing race over the last five years, and there’s no sign of that slowing down. Building the knowledge base to unlock this potential often means utilizing new tools like drones, and that also means making some difficult but necessary changes to internal processes and procedures. It’s not something everyone is ready to do, and that’s okay, but anyone who doesn’t want to make a change just because they’re used to the way things have been done needs to realize that they’re running the risk of allowing a competitor to unlock the dollars that are in construction. AP Equipment Financing helps companies everyday acquire the technology they need by bundling the various costs into an affordable monthly payment.”Stakeholders often talk about the difficulties of sorting through drone regulation or waiting for an “easy button” drone solution as the reason to not move forward with adoption, but they’re often just excuses. Part 107 has opened up the construction space in a major way, as there are various companies using drones to do things like compare the as-built with the as-designed to pick up small but very expensive and time-consuming differences which can be corrected to avoid large cost overruns and schedule delays. Anyone focused on being able to use the solutions of tomorrow to eventually create these sorts of efficiencies needs to be able to build up a knowledge base of where and how they are creating value today.Is now the right time to adopt drone technology? Ultimately, the answer to that question is, “It depends,” as the factors that need to be considered are going to vary based on current processes, usage, industry, etc. However, costs and an aversion to change should not be part of this calculation, and anyone that factors them into a decision around drone adoption risks being on the wrong side of a disruption.

Thinking Differently About Technology in Construction

Utilizing a Technology Roadmap to Create Value for Drones in Construction

Are You Limiting Your Potential as a Drone Operator or Provider?