The FAA Reauthorization Act of 2018 gave the FAA the flexibility to regulate all drones, but the recent demonstration performed by AirMap, Alphabet’s Wing, and Kittyhawk.io showcased what it could mean to see that authority make practical sense. The three companies worked together to create a remote identification (Remote ID) solution that Acting FAA Administration Dan Elwell has said that we need to move the industry forward.

The InterUSS Remote ID solution that AirMap, Wing, and Kittyhawk.io showed off in December of 2018 is open source and network-based over the InterUSS Platform™. Designed to find the right balance between privacy and transparency, their demonstration illustrated that a Remote ID solution for drones exists today for drone operations in networked areas, without the need for additional infrastructure or technology. Their demonstration was proof that implementation of a Remote ID solution is really not a question of technology, but one of collaboration and policy. 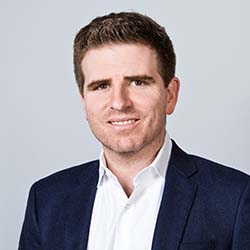 As the Co-Founder & Chairman of AirMap, Ben Marcus is well aware of how important it is to enable a Remote ID solution that will help airspace managers enforce aviation regulations while also protecting the privacy of drone operators. That’s part of the reason InterUSS directly enable both of these things, but it’s designed to do far more for individual users and the drone industry as a while. We connected with him to learn more about how the FAA Reauthorization Act of 2018 is impacting Remote ID, how he responds to criticisms of InterUSS Remote ID being too complex, what he’s looking forward to seeing take place in 2019 and much more.To find out what Ben has to say about the creation of UTM and U-space ecosystems in the United States and Europe, what role AirMap is playing in the creation of these systems, click here.  Jeremiah Karpowicz: Before we talk about InterUSS, I wanted to ask about how your involvement with the UAS Integration Pilot Program (IPP) has or might impact some of what’ll see when it comes to Remote ID. What progress do you expect we’ll see with BVLOS and night operations in 2019 as a result of what comes out of the IPP?Ben Marcus: You have to remember that UAS IPP is a 3-year program. We're still in year 1, but we are starting to see participants that are operationalizing their ideas. Those include BVLOS operations, UTM to scale in industrial use cases in public safety, long-line linear inspections, and agriculture ops. Remote ID is also one of the things that we can continue to demonstrate. The program has been the perfect place for us to start demonstrating with our partners how Remote ID can work. 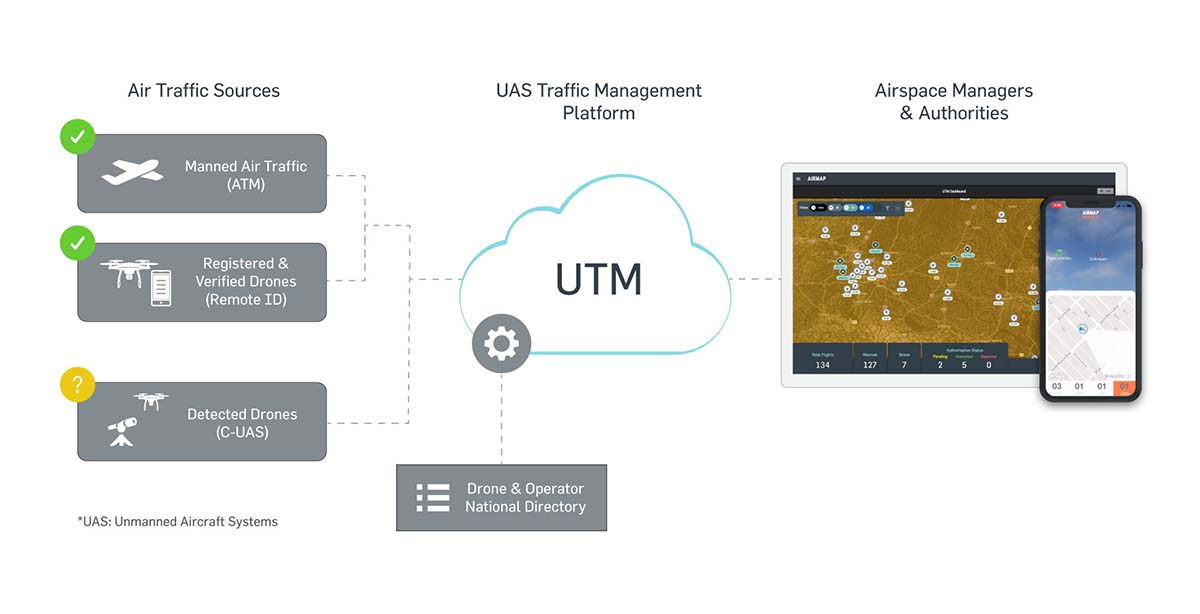 Ultimately, what makes Remote ID such a major topic of importance for the drone industry as a whole? In the absence of a Remote ID standard with everyone participating in the system, we’ve seen a lot of spurious reports about drones flying near airports. The fact is, we don't know if the things that those pilots saw were drones or not. With a Remote ID system and with LAANC, access to the airspace is easily attainable, and that allows us to know for certain whether or not a drone was somewhere it shouldn’t be.Solving this issue will allow the industry to continue to grow, and that’s why so many people are focused on it. In the absence of this regulation, there has been a lot of confusion about who is permitted and who isn't permitted to fly in various pieces of airspace, and a Remote ID solution will help sort all of that out. Is that issue of access and identification the reason the FAA Reauthorization Act of 2018 gave the agency the power to enable Remote ID in a major way? A couple years ago the FAA was essentially ready to allow for drone flights over people, but the Department of Justice pushed back on that, because while they granted that the FAA might have been able to determine that these operations were safe, the DOJ had a concern about the security of those operations. There was no way for the DOJ to identify the operators of those drones remotely. That regulation was delayed because of those concerns, and the rest of the FAA's regulatory timeline has been pushed back because of the absence of a Remote ID regulation and technology standard.We've had a bit of a gap in the ability of the FAA to regulate because of the exemption for model aircraft operators, and that has now been clarified with the 2018 Reauthorization Act. With a regulatory framework that applies to all aircraft, I think we can now assure safety of the airspace to advance the technology and the industry as a whole. We can now have a ubiquitous Remote ID rule and set of technologies to deliver that capability. I think we'll see a much more rapid unlocking of the airspace for more advanced drone missions like BVLOS, autonomy and ultimately passenger carrying because of it. You mentioned that the exemption for model aircraft operators has now been removed as a result of the FAA Reauthorization Act of 2018, and there has been a lot of pushback about that, much of which comes down to modelers saying what they want to do in the airspace is inherently different than what a commercial operator wants to do. Is that a fair argument? I think it's certainly true that there are many different operations happening in the airspace. I grew up build and flying model aircraft myself, and I understand that's a unique type of operation. That said, there are countless unique types of operation that happen in the airspace. People fly hot air balloons, blimps, gliders, etc. There are lots of exciting things that people do in aviation as a whole.As a whole, modelers are very safety conscious, and there's a real safety culture within the model aircraft community. As these model aircraft operators have seen the influx of small, easy to fly, recreational drones that you can buy at an electronics shop, they too have become concerned that if this new category of drones is not properly regulated, it will actually give modelers a bad name. With decades of a strong safety culture, I think they too recognize the value of a regulatory framework that isn't burdensome and provides the right mechanism to ensure safety in the airspace. It’s good to hear you have that perspective, as one of the other arguments I’ve seen from the model community is around how these new rules will make it that much harder to get kids involved. But I imagine it’s really not an issue of it being harder or easier, just a case of it being a different process than the one you went through.I actually think it’s way easier to get into now.When I was growing up, I had to build everything from scratch, wood, servos, motors, etc. I also had to go to a model flying field, and getting out to one of those wasn't an easy trip. Now though, everything is electric, you can fly in a park, plus vehicles are smaller and ready to fly. The new regulations really don't get in the way of these types of operations.