Inspecting an Airplane with the DJI Mavic 2 Enterprise

DJI’s AirWorks bills itself as much more than a showcase of drone industry insight. The event also mentioned it would provide attendees with the opportunity to connect with people who are actually using drone technology to improve operational efficiencies in real, practical ways. In an airport hangar at the Dallas/Fort Worth Airport, we got a look at one of those practical applications that could change expectations around how airplanes across the country are inspected.

This is what airplane inspections could soon look like. At @DJIEnterprise #AirWorks2018 with @AmericanAir pic.twitter.com/ZyrI5HbpJh

At an American Airlines hangar, teams and executives from both American Airlines and DJI showcased how the new DJI Mavic 2 Enterprise could be used to inspect an airplane in order to identify potential damage or other issues that need the attention of technicians. This proof of concept inspection showed off what it would mean for those technicians to get this information in real-time while also creating a model that could eventually be fully automated.American Airlines technicians currently use an aerial lift to inspect airplanes in a process that takes three people many hours to complete. It’s also time that the plane has to remain on the ground and can cause or lead to delays and canceled flights, which can be an especially frustrating cost when the inspection finds nothing wrong with the airplane. Using a drone to find and identify potential issues could cut that time in half and allow technicians to address these issues in a much quicker manner.The team is planning to use known issues to create classifiers that will allow the drone to call out potential problems that need attention. Given how complicated an airplane is with so many different pieces and parts, the American Airlines team wants to create a system that the drone can utilize to create inspection reports which technicians can then review. Operators would be responsible for flying the drone to perform these inspections, but eventually, an automated process to fly a specific airplane and generate a report could be created.The entire demonstration was about the “art of the possible” since there are numerous logistics and details that need to be worked through before this process could be utilized. Those possibilities don’t end at airplane inspections though. Once this inspection model has been established, drones could be used to inspect areas around the tarmac, or even inspect runways to assess or identify potential damage that otherwise takes those runways out of commission for hours.

A look at the real time info the @DJIEnterprise Mavic 2 Enterprise can provide during an inspection. #AirWorks2018 pic.twitter.com/ChAcznUxyI

It’s always fun to talk about the potential and possibilities associated with drone technology, but DJI and American Airlines have been able to demonstrate the specific value drones could represent. That’s a difference which has and will continue to see these possibilities transformed into reality. 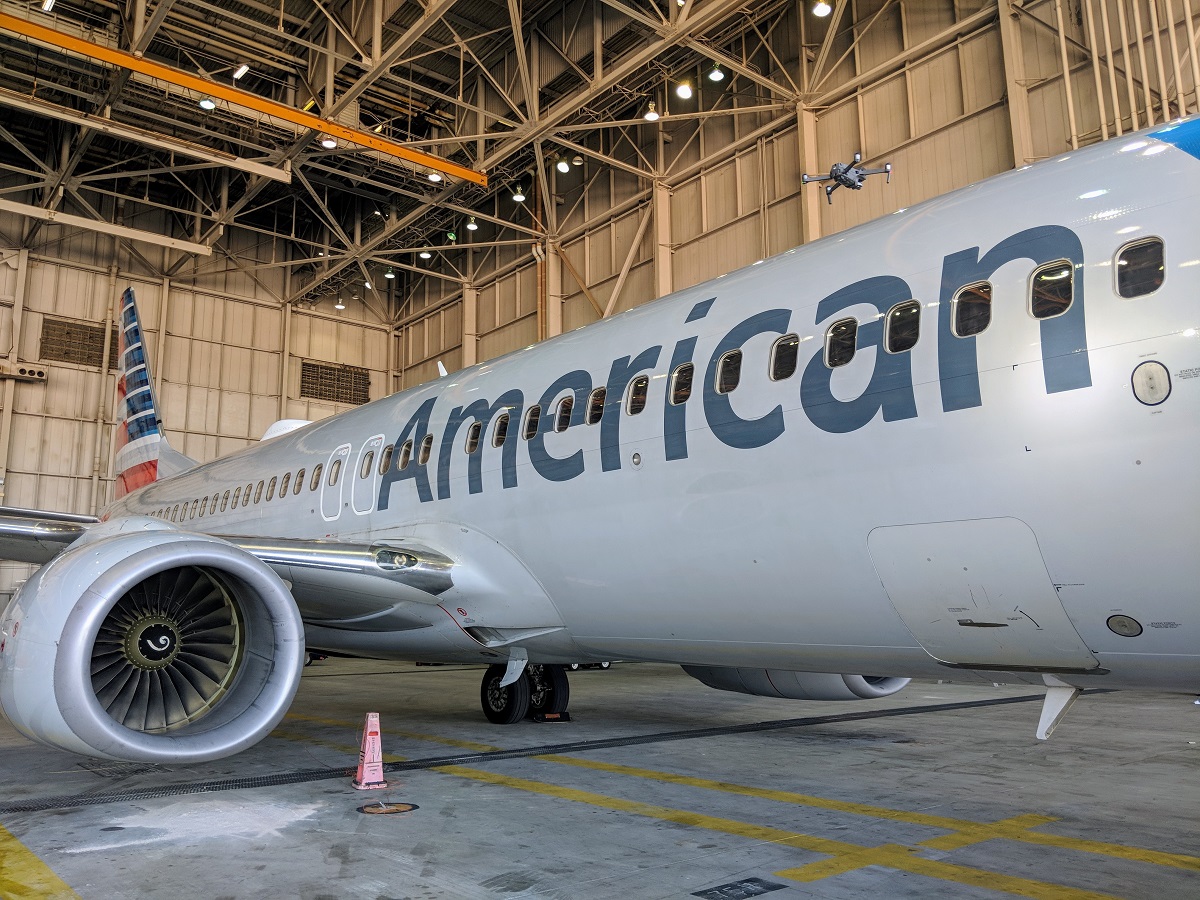