The inaugural edition of Amsterdam Drone Week showcased numerous technologies and innovations that will change the way people think about how manned and unmanned aircraft will operate in the airspace. The meetings, discussions and education that took place at the conference sessions as well as the EASA High Level Conference on Drones proved to be the true highlight for attendees. 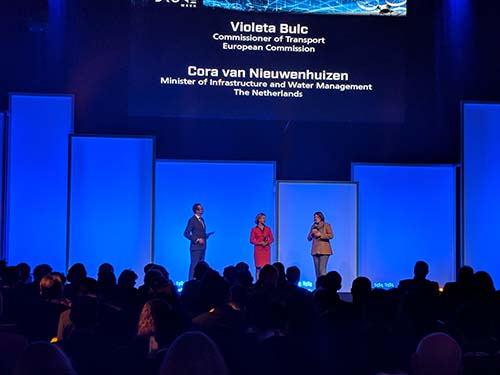 At Amsterdam Drone Week 2019, these notions are set to be taken to the next level, thanks in part to the common drone rules for all of Europe that have finally been published. However, it’s the desire to create a framework for concepts like Urban Air Mobility (UAM) and drone traffic management systems that will really define this year’s event. Everyone is anxious to stop talking and start building, and that yearning is shaping the future of the sky across Europe and the rest of the world. In line with this, the EASA High Level Conference will focus on the topic "scaling drone operations".“Ultimately, we don't just want to talk about the future,” Nynke Lipsius, Director Amsterdam Drone Week, said. “We want to start building now. That's why the U-space discussion is so important, and the sharing of information is such a focus for us. Sharing data and building the infrastructure might not be as alluring as flying taxis, but it's the most important piece for this year.” Creating the FrameworkThe development of a centralized UAS traffic management (UTM) system and U-Space would ensure that drones can take to the sky in a safe and secure manner. Solutions like Pop.Up.Next and others from Boeing and Airbus have proven what’s possible with the technology, but without a UTM system to ensure these vehicles will keep everyone safe, they’ll never be allowed to get off the ground. Creating this kind of framework is something that Amsterdam Drone Week partner organizations are set to focus on at the event from a very powerful perspective.The European Innovation Partnership on Smart Cities and Communities (EIP-SCC) is designed to bring together cities, industries, SMEs, investors, researchers and other smart city actors, and their dedication to enabling efficient and effective mobility in urban areas is coming into focus at the event. The EIP-SCC-UAM Initiative is all about increasing public acceptance of drone technology and sharing innovative ideas, and the perspective they’re doing so makes all the difference in the world. 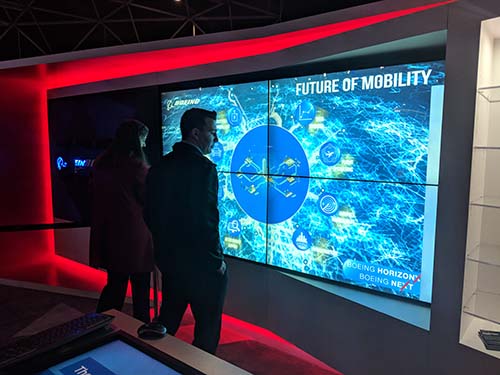 “Mayors from over 40 cities in Europe are involved in the EIP-SCC-UAM Initiative, but what's important to explain is that it's not just about flying taxis or transporting things with drones,” said Lipsius. “It’s also about controlled inspections, land surveys, etc. It's a city driven approach, and we're trying to accelerate knowledge sharing and network sharing so that we can accelerate the UAM initiative in Europe.”That acceleration coming from the city level is critical since that means it’s coming from the bottom up, rather than the top down. In doing so, the framework for U-space and UAM can make sense in a way they never could without factoring in what it means to make cities like Amsterdam more livable and with less congestion.Being able to consider UAM at this level factors into a concept that was explored in great detail at Amsterdam Drone Week 2018, when MaaS (Mobility as a Service) emerged as a key component of this interconnected urban environment. MaaS is designed to bring together all current and future means of travel, and will ultimately redefine expectations on every level.“This technology will ultimately change cities and the way we travel,” Lipsius told Commercial UAV News. “MaaS is going to be big. Some people consider it to be part of UAM, but the modalities of travel and car-sharing models go beyond UAM. We think that’s where the business case is going to be written, and that’s why we’re so focused on creating this framework at Amsterdam Drone Week. Companies large and small have been talking about doing so for years now, but the fact is that this task is too big for one company.”Companies that range from Boeing to Airbus to Bell have been part of Amsterdam Drone Week. They’re just a few of the organizations that are working through what it means for U-space to redefine how the small drones of today, as well as the large drone taxis of tomorrow, operate in controlled and uncontrolled airspace. The balance between the present and future of the technology is one that will come into even more focus in 2019. 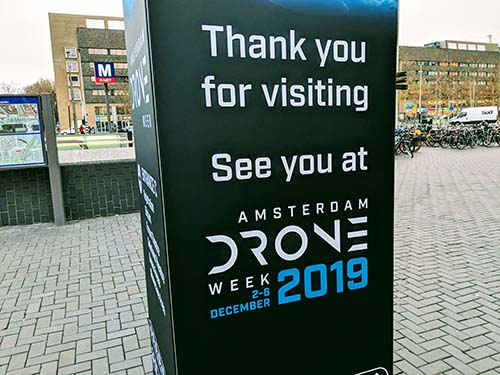 The Present and Future of Amsterdam Drone WeekWhile Amsterdam Drone Week has always been designed to be a bridge between the aviation, telecom, and automotive sectors, Commercial UAV Expo Europe has been more focused on the people who are using drones commercially and for what purpose. With the announcement that the two are joining forces to host a combined tradeshow and conference focusing on drones, the event will now be able to grow into something that’s going to play a role at a global level.Issues related to the public acceptance of drones, seeing the technology approached from a local level, MaaS, building the digital infrastructure framework and enabling U-space are all topics that will impact how drone technology is being used across the world. Developments and changes for all of these topics will be focused on at Amsterdam Drone Week, but it’s essential to understand that it will be done so from a global level, which might be odd for some at first.“Here in Europe we're used to thinking at a country level, but it really needs to happen at a global level,” Lipsius continued. “From that perspective, we see that the industry is changing fast and is somewhat unpredictable. We see the tasks and questions that will be centered on U-space as the biggest developments. How can we organize the airspace around cities and rural areas? Who will control the airspace? That's one of the big themes at the High Level Conference and at ADW.”While these discussions will take place in earnest throughout the event, stakeholders in industry and government aren’t just there to talk about possibilities. Instead, many are intent on ensuring that something happens or changes in the short term to enable the long-term possibilities that so many people are excited about.So many people are focused on the potential future and eventual value of drone technology, and that makes it easy to forget that the foundation of this future and value needs to be worked through in the present. Making this technology make sense across the entire world can only happen when the framework for it gets put into place, and the action items to do so are set to be the main focus at the upcoming Amsterdam Drone Week.  To learn more about Amsterdam Drone Week, click here.