How Does Construction Aggregate Supplier Luck Stone Use Drones?

Recently, insights around how Luck Stone is using drones to improve their operations were explored, and concepts such as doing a job better and changing a business approach were mentioned. We’ve talked a lot about how using drones can help avoid significant costs by reducing downtime and increasing safety, but it’s no longer enough to speak about these kinds of benefits in the abstract. Professionals want to understand how and where these tools can make a difference.

That difference can be seen in environments which range from underground tunnels to dams, and the way in which drones have made an impact are both real and quantifiable. For the people operating drones at Luck Stone, the impact of the technology can be seen in terms of both how they approach a project as well as their bottom line. It’s a difference that started by simply looking at pit volumes, stockpile volumes and alternative ways to measure stripping on a site and how much dirt was being moved, but has evolved into something much more.

Founded in 1923, Luck Stone is a construction aggregate supplier, which means their rock goes into all kinds of different building projects. That's everything from housing developments to roadways to bridges. They pride themselves on being a customer-focused business, so they’re always looking at how they can be innovative and better serve their customers. Their work with UAV technology is a great example of that.

“As a company, we value creativity and innovation,” John Blackmore, a surveying & mapping supervisor for Luck Stone, told Commercial UAV News. “All of the people who work here are encouraged to be creative, explore new methods, and identify ways that we can work more efficiently to positively impact on our business and our customers. Leadership at the company is immensely supportive of our creative endeavors and understands that it often requires an investment in people, technology, and experimentation to make great things happen.”

That kind of leadership support is often one of the most essential elements of a successful drone adoption process. Without that support, attempts to integrate the technology can suddenly come to a stop when something doesn’t go exactly as planned, or because an unforeseen expense arises. Cultivating that kind of support can happen in countless and unforeseen ways though. 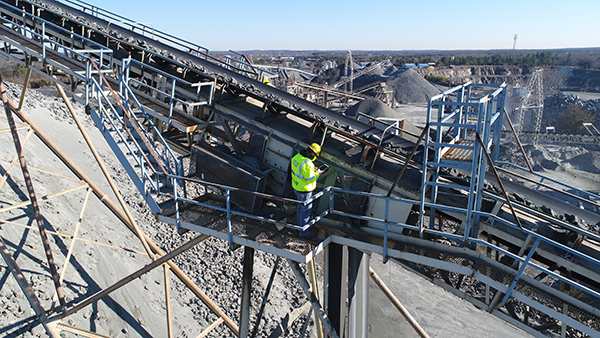 How Drone Use Evolved at Luck Stone

Luck Stone has also been responsive to associates’ ideas regarding the company’s use of drone technology. In fact, several years ago, a Luck Stone associate named Eric Warinner brought his personal drone to the quarry to take pictures after his shift. He and the Plant Manager at the quarry had a great discussion about how the company might be able to use the technology to inspect rail cars or examine parts of the plant that they couldn’t easily reach.

“Originally, I was doing the majority of the flying, but we have 22 sites spread out across the state, so it became too much for one person,” Blackmore continued. “Now we have Eric Warinner on the team who does the flying full-time for us. We work together to operate the drones and manage the data."

Discovering new ways to maximize the benefits of using drone technology alongside company leaders and the creation of a full-time position in the Luck Stone engineering department perfectly illustrate what a successful adoption process can look like. However, Eric’s position wasn’t established until the company knew and understood how the technology could be leveraged. This is a process that continues to evolve and take shape at companies everywhere. 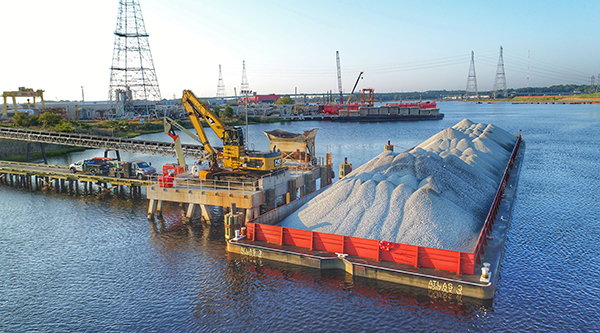 How Can Drones Make a Difference?

It’s one thing to talk about “efficiency” and quite another to define what that actually means for an organization. It’s a definition that might not be exactly the same for everyone, and the challenges associated with doing so have prevented some from fully exploring drone technology. Critically though, the efforts to discover the efficiencies drones can unlock have created powerful results.

“One of the things that we have changed drastically is our inventory process,” Blackmore explained. “Just like the grocery store has to inventory their cereal boxes, we have to inventory our stone product piles on our yards. We have to do that annually for tax purposes and accounting purposes, but it's also important information for us to have operationally. How much product do we have? How many sales can we commit to? Historically, we’ve been doing this twice a year, and starting in May of this year, we have evolved to a quarterly process. Being able to show that we can get more accurate information, more frequently, has helped people make more informed decisions.”

The difference in conducting these kinds of measurements four times a year versus twice a year might not seem like much, but efficiencies of doing so can be seen in the numbers Luck Stone is using internally and externally. They’re numbers that allow them to be that much more specific, and that specificity means they can extract more complete value from a particular task or project in a way they were unable to previously. The differences drones can make are about more than a process though.

“Drones have made a big impact on safety for our projects,” Blackmore said. “Historically, we'd send someone out with a GPS stick, and we would ask them to walk all over the area where dirt had been moved, before and after. Now, we're able to create a surface of the same area with millions of points with drone data, so we're getting a much more accurate, more detailed surface model. It allows us to be more accurate and quantify what's been moved without ever having to be exposed to potential hazards on the site.”

The impact around safety is a huge priority for individuals and the company as a whole. Additionally, the differences between having someone gather those points across an entire day versus using a drone and doing it in a few hours is something that can be measured on the bottom line. Measurements related to the value of this technology in terms of an ROI can be realized in numerous ways though. 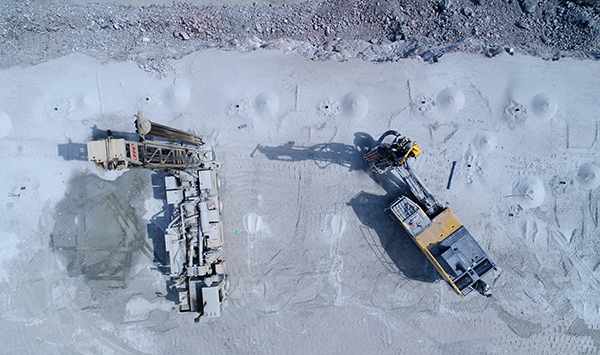 Luck Stone moves a lot of dirt, and they hire contractors to move that dirt for them. They do that based on a volume, and historically they've taken the contractors’ truck counts or have had the contractors’ surveyor tell them how much they've removed. Drone technology has enabled them to utilize a much more efficient process that provides them with a more accurate picture of what has or has not happened on a site.

This has made such a difference that Luck Stone no longer does significant stripping projects without flying drones. The tools have been integrated into their workflow so that they fly before, during and after project because of the efficiency that doing so has created for the company. It’s not something that happened overnight though, and the process associated with getting where they are ties into the advice Blackmore would offer to anyone trying to figure out how drones might be a fit for them.

“I would say to start small,” Blackmore concluded. “Look at something that you're already doing or you already have a process in place for, and think about how utilizing drone technology may improve it. For example, at Luck Stone we had an inventory process in place. We were working with a third party contractor to accomplish this on an annual basis. Drone technology has enabled us to manage the process in-house, and fly quarterly for a similar cost. Additional advantages to flying inventory in-house are that we have more control of the flight time, we’re able to be responsive to changing weather, and we have instant access to the results.”