We’ve explored the autonomous capabilities of drones and highlighted the numerous companies that have championed them for many years now. These applications fueled an incredible amount of excitement as stakeholders in multiple industries envisioned what it could mean to deploy this technology at scale. As part of a drone-in-a-box solution, such capabilities could completely change how inspection, tracking and plenty of other specific tasks could be performed.

Unfortunately, challenges with regulation and production limited where and how these solutions could be deployed. FAA regulation meant that a human needed to be in loop regardless of how safe these autonomous capabilities made the operation, while production limitations with the actual drone-in-a-box solutions kept them from being used at anywhere close to scale.

All of that changed earlier this year when American Robotics became the first company approved by the FAA to operate automated drones without human operators in the loop. The importance of this announcement was well understood, as it combined the benefits of safe flight in the NAS with the profitability of deployment without human intervention. Just as important was the company’s willingness to deliver units of their Scout System at a scale that few others could match.

Those distinctions were the exact combination that David Boardman had been waiting to see. The CEO of Stockpile Reports has talked about how drone technology can work at scale but the pieces to do so weren’t in alignment. For Boardman, the math associated with deploying drones at scale has always been difficult for one reason above all else. Over the past few years, that reason kept trending in the wrong direction.

“The challenges with keeping humans in the loop are really all about cost,” Boardman said. “Updates and innovation mean that the costs should be coming down, but the rates of drone pilots keep going up. That meant it made less and less sense to use drones, but that was all on account of having a human involved in these autonomous operations in a way they really didn’t need to be.”

With American Robotics approved to perform these autonomous drone operations, the applications that Boardman has long envisioned are finally making financial sense. That drove his decision to use the Scout system to build out an automated drone program that Stockpile Reports customers will be able to leverage in multiple ways. 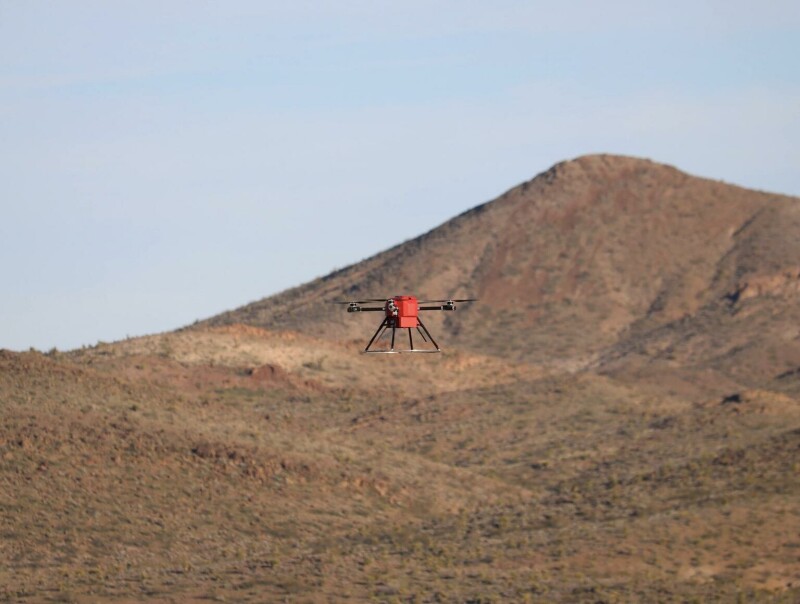 This new automated setup will allow Stockpile Reports customers to avoid financial write-offs due to a lack of accurate inventory data. They can scale their real-time digitization of large industrial stockpiled materials on multiple levels and totally change what it means to assess and manage their inventory.

“Right now, anyone doing an inventory assessment once a year or quarterly can’t increase that frequency without increasing costs in a way that doesn’t work financially,” Boardman explained. “Autonomous drones completely change the business case though. With this capability, we can increase the frequency without substantially increasing the costs. If you can capture inventory at a fraction of a cost then you can take those inventory counts on a monthly, weekly or even daily basis. That takes you out of operations and into supply chain management which is where my customers want to be.”

The technical capability to perform tracking and inventory tasks in this exact manner has existed for years now, but American Robotics is the first company with regulatory approval and the ability to deliver their solution at the scale needed for deployment in the enterprise. It changed things for Boardman and will change things for the entire drone industry.

Nonetheless, this development isn’t the endgame for Boardman. What it will mean to use other devices or how drones can capture different types of data is still top of mind. The Stockpile Reports system utilizes data no matter where it comes from or what device was deployed to capture it, highlighting some of the possibilities that might be opened up in the near future.

“Getting data the fastest and cheapest way possible is always the priority,” Boardman told Commercial UAV News. “I’m always on the lookout for the best way to get data, but being able to do so in an autonomous way and at scale changes the paradigm. We’re excited about exploring and leveraging the Scout solution in really creative ways that will prove to be instructive.”

Some drone-in-a-box platforms were created as solutions that were looking for problems to solve. This development showcases what it can mean when someone with a specific problem looks for and finds the right drone solution to solve it.