Predicting the Future of Environmental Research, Surveying, and Mapping for the Drone Industry in 2020 with Dr. Robert Moorhead

The Northern Gulf Institute (NGI), a National Oceanic and Atmospheric Administration (NOAA) Cooperative Institute, has been using drones to monitor the complex ecosystem in the Gulf of Mexico region for several years now. Environmental researchers have been finding innovative ways to utilize drones from researching fish, vegetation, and aquatic mammal populations and sea levels to monitoring and surveying the impact of natural and man-made changes to the coastal environment and their efforts to maintain it. With recent and future improvements in drone longevity, endurance, and sensors, it only promises to increase the number of use cases in this space in the future.

Because of their innovative use of drone technology and the positive impact they have had on monitoring and maintaining our natural resources, we reached out to Dr. Robert Moorhead, director of NGI at Mississippi State University, to find out how drones are bringing value to NGI’s research initiatives, how they may continue to add value in 2020, and more.

Danielle Gagne: What types of data are environmental surveyors currently collecting with drones and how do you expect that to grow or change in 2020? 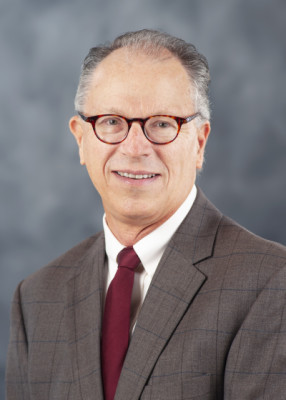 Dr. Robert Moorhead: Assuming we are somewhat constrained by the size of the drone, and in some ways, we are, as technology advances, we are going to be able to get higher spatial resolution, higher temporal resolution, and there will be new phenomena we will be able to measure. One example of this that has evolved in the last seven years has been soil moisture.

Seven years ago, only the largest drone would be able to carry a sensor capable of measuring soil moisture. Soil moisture has a lot of impact on spring flooding in the north. For example, this year we are going into the winter with a lot of ground moisture, and that’s going to freeze during the winter. Snow is going to accumulate on top of this. When that snow melts in the spring there will be no place for that water to go because the ground is already saturated like a sponge.

Now, researchers at NASA and other places have learned how to use signals of opportunity. Every day, the earth is getting hit by radar-type signals, like GPS, and we are now able to measure the difference of the transmission speed between a direct transmission and its reflection off the earth. These reflections are different depending on the soil moisture, so we can start measuring soil moisture using this technology. These sensors are also starting to get light enough to carry them on smaller drones. So, I think we are going to start seeing a lot more happen with soil moisture in 2020 with a wider proliferation of use.

In general, as people begin to use these technologies more, it makes the equipment and technology more robust. All the bugs get figured out as people learn how to use it, and they learn what it’s good for and what it’s not. Because of this, I think we are going to see more data being collected with drones in 2020.

How is extreme weather and environmental changes affecting the coastal ecosystem and how are we utilizing drones to document, monitor, and predict these events today and how will this technology be leveraged in 2020? Will the significance of their role change as we see more events like these?

For the first part of that question, how it is affecting the coastal ecosystem, there have been environmental changes with the weather getting more extreme. We are going through a cycle where temperatures are getting warmer and sea levels are rising, and so on. Drones are being used to document changes in several areas.

For instance, they are being used to monitor the change of barrier islands and coastlines. People are removing trees and building houses, are these built structures affecting the way tides come in and go out and the rest of the nearby environment? Extreme weather is getting stronger, so is it washing down beaches? Because drones can stay up in the air longer and they’re cheaper, they are being used to document and monitor. This is happening more and more because the cost advantage is being realized. And in some cases, it is the only way to collect this data.

For example, I worked on a project monitoring sea level from sea grasses. Sea level can be measured in areas where you have two types of grasses, Spartina, which likes its roots at low tide, and Juncus, which likes its roots at high tide. The interface where these two coastal grasses exist tells us the sea level. Over time, the changes in that interface indicates whether you’re getting either subsidence or sea level rise. By being able to monitor this with a drone, you are able to detect sea level rise or subsidence in an area, which you would not be able to do with satellite imagery. No commercially available satellite has the resolution to monitor at that spatial resolution.

Another example is that we have cases where islands are being built or wetlands are being reconstructed, and drones are being used to monitor the construction. In Louisiana, for example, drones are monitoring marshland reconstruction. Here they are going into the wide-open marsh or places where it has been washed away and they are building these 50-foot-long marsh terraces, which are like little levees, that are just a couple of feet above the water level. These terraces break the fetch so that the waves aren’t as strong coming in and the wind so that there is less wind erosion.

This is a place where drones are being used to monitor the changes. In some cases, they’ll have large areas, hundreds of acres of marshland, that will just crash over a one-year period and drones can detect these changes sooner. We have begun to see the marsh comeback with grasses and sedimentation by doing repetitive mapping with a drone. We are going to be seeing a lot more of this kind of environmental monitoring in 2020.

Drones must be valuable in these kinds of applications because they are also able to monitor delicate ecosystems without disturbing them.

For example, the way they were going about getting the measurements of grasses before drones involved going out with what they call a S.E.T. (Surface Elevation Table). They had a fixed height structure that had two rails, and they would fix the S.E.T. between the two rails and they would screw little rods down until they hit the ground. This meant they had to haul those out on a boardwalk or walk on the grasses they were trying to maintain or preserve in order to measure. With drones, we don’t have to walk on the environment we are trying to monitor and maintain. 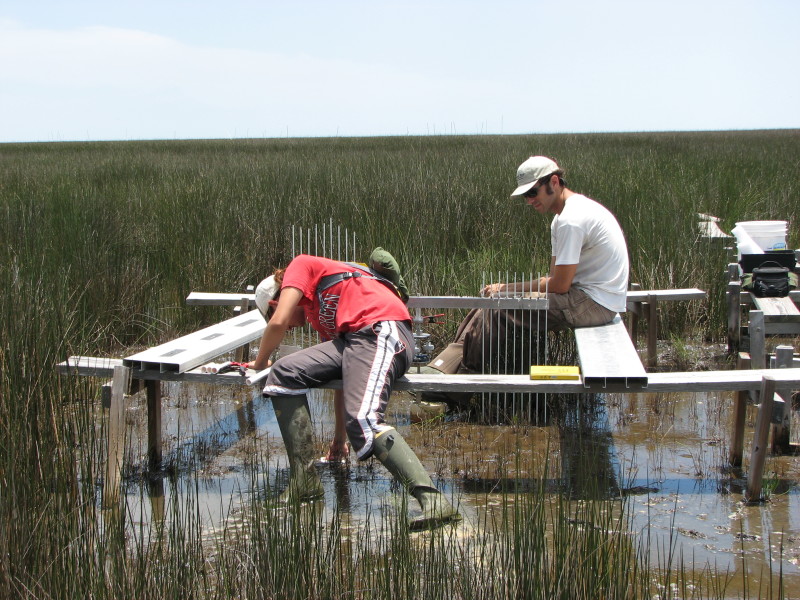 From testing whale health by collecting breath samples to tracking algal blooms, drones have been tapped to do some pretty unique tasks to protect our coastal ecosystem. What are some research projects we might see in 2020?

There’s a plethora of directions we can take this technology. As batteries and propulsion systems have improved, they are able to keep UAVs flying longer. We can now go out farther away from the coast to measure things like sea life.

For marine fish and mammal monitoring in Alaska for instance, it’s not only the batteries, it’s the weather. By using drones, we can get to places that we couldn’t before. They’ve already shown that they can get to areas that they couldn’t with manned aircraft because they couldn’t fly that long. It was too long of a transit from the place where they had to launch to the place they had to measure. So, I think this is one area that we are going to be using them more and more.

For research projects they are often just another tool in the toolbox. I think, as the sensors become better, instead of going out to measure things by hand to get point measurements, you’re going to see drones being used instead to get area measurements. 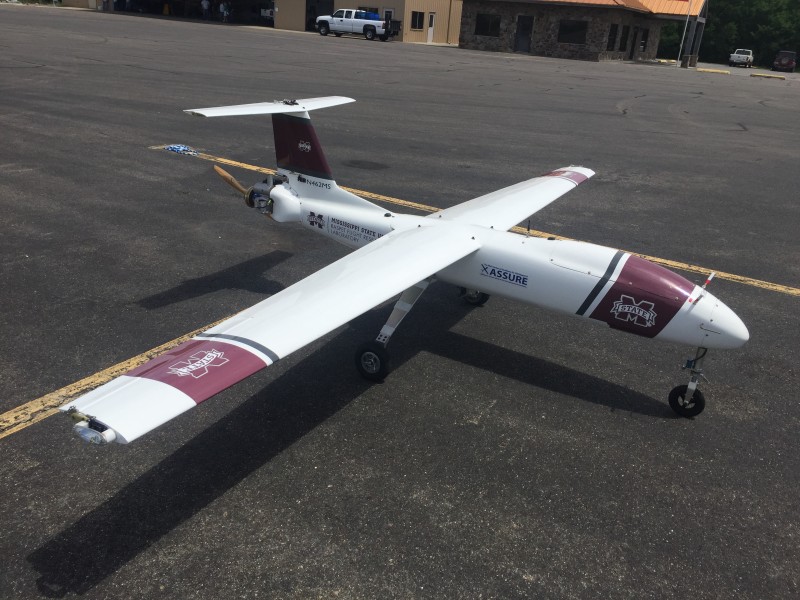 What will be some of the key challenges/changes in 2020 for coastal surveying and mapping?

The biggest impediment to advancement is the regulatory situation. When you start talking about coastal surveying and mapping, if you’re off the coast, you’re not over people. In this case, it’s only the UAV that might crash. It’s the only thing that is going to get hurt. You’re not worried about people. There is a chance that you can impact another aircraft, but it’s a less challenging environment in which to get permission from the FAA to be able to fly.

There is potential for medium sized drones to do persistent monitoring of shipping channels to make sure ships aren’t dumping pollution, they are not carrying contraband, or they aren’t carrying drugs from South America to North America. The challenge is being allowed to do that.

I think drones are going to be utilized more and more in 2020. I think drone use is going to get more into the public eye and be used for more public information. Weather is an example. Being able to measure the weather farther off the coast enables us to predict onshore weather. We’ve seen this already from NOAA with Global Hawk being able to go out and measure developing hurricanes to help with intensity forecasts.

I also think that people are figuring out how to convince the FAA that they can fly drones heavier than 55 pounds, which is outside of the part 107 rules. Larger aircraft can do more things and so my prediction is that we’ll see more and more permissions to fly in the hundreds of pounds category that can go for 3 to 12 hours. This is going to enable a lot of capabilities that we haven’t seen previously.