We're currently on a never-ending quest to find alternative powering solutions to the restrictive Li-ion battery, which gives most multi-copters 20 to 25 minutes of flying time. In the course of doing so, we have examined revolutionary alternatives from hydrogen fuel cells to hybrid engines. Today though, we’d like to talk about a concept that’s new in the world of unmanned aerial vehicles (UAV) but not new to the science of powered flying in general: the blimp.

Southern California based Mothership Aeronautics has designed and commercially launched a series of lighter-than-air (LTA or Airship) vehicles powered by electric motors using a combination of batteries and solar panels to stay in the air for long periods of time. Although no possible combination of solar panels, lithium batteries electric motors will allow any vehicle to break the first law of thermodynamics (energy cannot be created or destroyed), systems can be designed such that the solar power produced meets or exceeds the vehicle’s power draw at cruise conditions. This condition is called Infinity Cruise.

The critical factor to consider when integrating solar power onto an aircraft is the ratio of power required to maintain cruise speed and altitude versus flat surface area available on the airframe. That's why the demonstration Mothership Aeronautics performed in November of 2016 is so important to highlight. The company demonstrated the Scout, a prototype Solar Airship, in Infinity Cruise on a cloudy, windy morning in Silicon Valley.

The Scout was 6.5m long and powered by 400W of solar panels, consisting of 127 cells. It performed maneuvers in wind for 90 minutes starting at without any reduction in battery voltage. This performance highlights the power and opportunities that this form contains, all of which have been considered from the very beginning.

“We decided to go with an Airship design after a careful analysis of the alternatives," said Jonathan Nutzati, CEO of Mothership Aeronautics. “For rotary-wing aircraft, such as helicopters and , solar integration is unpractical and challenging. On the one hand, large, flat surfaces of the solar panels produce aerodynamic forces with flight and actually decrease efficiency. On the other hand, as a rotary-wing craft, a consistent power draw is required just to stay aloft, maintain speed and maintain position regardless of the flight conditions.” 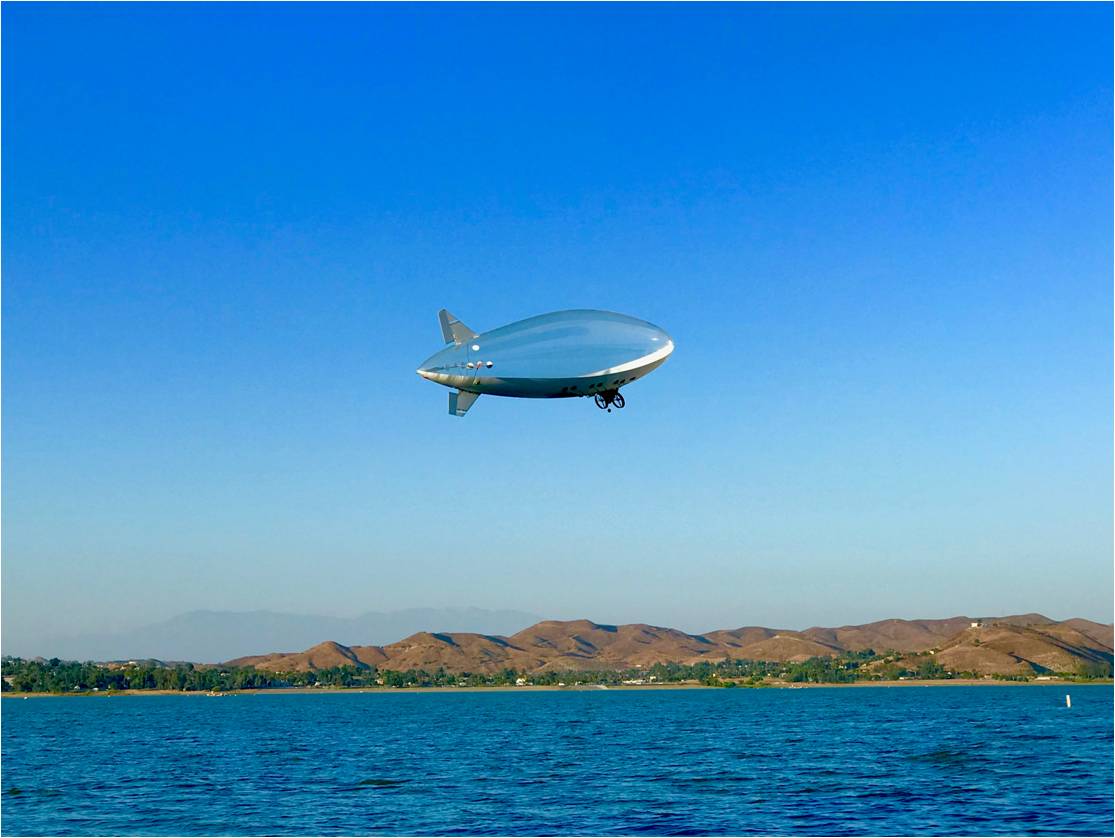 Historically, success has been had in the integration of solar into fixed-wings, but these solar airplanes, even at a minimum viable size, have had long, flimsy wings and low useable payload. Famously, the Helios Prototype, which was a collaboration between Aerovironment and NASA, ripped itself apart in gusts and crashed into the Pacific Ocean in 2003.

Getting enough solar power generated on the wings to power the propulsion system at infinity cruise requires large wings. However, large wings produce large drag and therefore require more power to fly. The problem spirals upwards forcing expensive compromises to the design, including a relatively slow cruise speed and costly flexible solar panels. All of these challenges have been considered and addressed by the Mothership Aeronautics team.

“Firstly, because an Airship lifts passively using the buoyant force produced by the lifting gas in its envelope, the power required to remain airborne is less than for other airframe types," Nutzati told Commercial UAV News. "Low power requirements mean that infinity Cruise can be achieved with a smaller solar panel area than for other aircraft types of comparable size in comparable conditions. Secondly, the gas envelope sized to hold lifting gas provides sufficient volume in or on which to install solar panels without detriment to the aerodynamic quality of the craft. This makes the airship-type craft uniquely suited among airframe types for effective low-cost solar-power integration.” 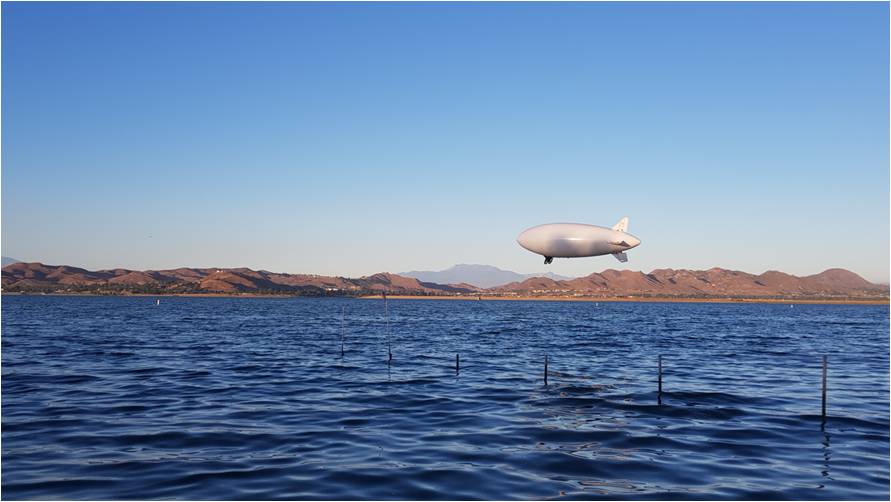 With regard to operational details, an Airship can operate in a wide temperature range. However, large temperature changes in flight can disturb envelope pressure, requiring a venting or a landing plus . Larger airships can be equipped with pressure-regulating ballonets to counter the effects of temperature gradients in flight.

“Operational altitude is significant," Nutzati said. "At higher altitudes, helium buoyancy is reduced, so a larger envelope is needed to get the same lift.  We add length to our envelopes proportional to the MSL altitude at the client’s intended takeoff point.” Jonathan said “While the blimps are resistant to even heavy rain, water droplets accumulating on the envelope increase weight, decreasing performance slightly. Most cameras and autopilot hardware aren't waterproof so we don't recommend flying in the rain with them.”

Storage and transportation of unmanned Airships relatively simple and most eBlimps can be packed into 1-2 airline checked-in suitcases. The envelopes roll up conveniently small, but when being stored for extended period of time, they must be dried or they can rot.

The issue of flying time has always been paramount for this column, so we made an emphasis on details about the details of effective (time in the air).

“Our standard LiPo powered have 60-90 minute flight time but payload can be switched out for additional battery, to reach up to 4 hours on larger models," Nutzati mentioned. "Solar models can fly as long as the sun is up, so 8-12 hours depending on the season.”

The issue of safety is also rather different for LTA vehicles. In the case of an engine failure, the airship gently descends to the ground. In the case of a loss-of-control or flyaway situation, an emergency helium release valve can be triggered to cause the airship to descend and recover. If there is ever collision with vehicles, structures or humans, injuries and damages are minimal and unlikely.

Damages incurred on the airship are usually in the form of small cuts or tear quick to repair with minimal equipment, such as a patching kit. Compared to the high kinetic energy of quadcopters and fixed wings, this makes airship the ideal platform to operate around sensitive assets or over humans or animals. Even gunfire directly at the airship cannot cause a catastrophic drop. Bullet holes merely produce patchable leaks that force a prompt landing.

In the area of regulations and FAA requirements, while you can get a waiver to go BVLOS, an Airship can be flown within line of sight at up 1 - 5km depending on its size. It would be difficult to find a 12m long fixed-wing or multirotor under 55lbs. Looking at the various commercial applications, we concluded that some ideal use cases include aerial pipeline inspection, advertising and publicity, daytime surveillance, mineral exploration linear infrastructure inspection.

There’s no doubt that with these effective operational flying times there will be plenty of demand for a UAV that can perform missions without the need for time-consuming refueling or battery changes.

Mothership Aeronautics will be exhibiting at the Commercial UAV Expo, where the value of LTA technology will be showcased in countless ways. Learn more here.