Our dependence on satellite navigation is increasingly becoming the Achilles heel for unmanned aerial vehicles (UAVs) and in some way traditional general aviation (GA). Originally, it was just the global positioning system (GPS) currently operated by the United States Space Force, but eventually Russia, China and the European Union launched their own satellite-based navigation systems to become the Global Navigation Satellite System (GNSS).

I still remember in the early 90’s when we needed to calculate how many satellites where visible at certain times of the day and plan our sessions in accordance with the strength of the constellation. In those days the big unknown was called AS/SA (anti spoofing and selective availability) and we had to be very vigilant when calculating the geodetic lines to make sure there was no unwanted noise in any of the satellites used in our computations.

Today, the issue is rather more complex and requires more than simply passive monitoring of the constellation; it requires an active system to ensure accuracy and reliability.

Recently, we heard about a company, GPSPATRON, which has developed a device to monitor and alert about the reliability of the GNSS signal around specific areas of operation. We reached out to Maxim Borodko, GPSPATRON’s CEO, for a more detailed explanation of their technology. 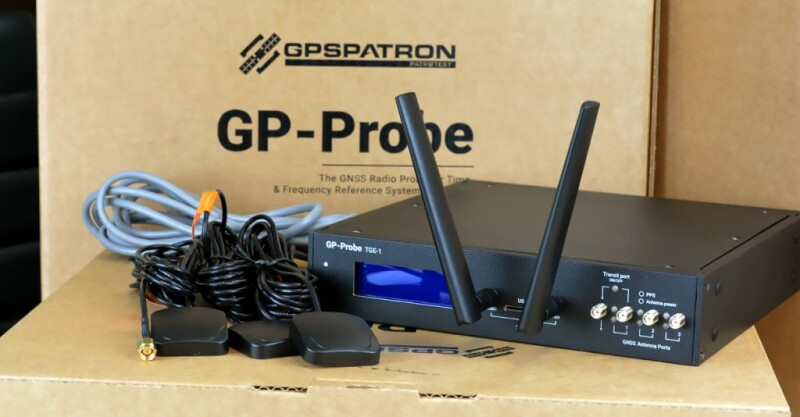 “GPSPATRON began in mid-2018 when one of our clients described the problem of GNSS spoofing. Armies, authorities, security companies use spoofing to protect VIPs against drones. Since all GNSS receivers are susceptible to spoofing attacks, this affects many sectors: UAV, time synchronization systems, and especially real time kinematic or RTK,” Maxim explained. “Over the past 10 years, the cost of performing GNSS spoofing has dropped from $100,000 to $100. Thanks to the broad distribution of low-cost SDRs and open-source projects on github, anyone can now spoof GNSS.”

“We assembled a team of engineers with a strong background in enterprise-grade solutions development and specialized in automated measuring systems for infrastructure monitoring, production line automation, and test laboratory automation,” Maxim continued. “We have a passion for projects related to the internet of things (IoT), 5G, radio spectrum, High Load Web and neural networks.” 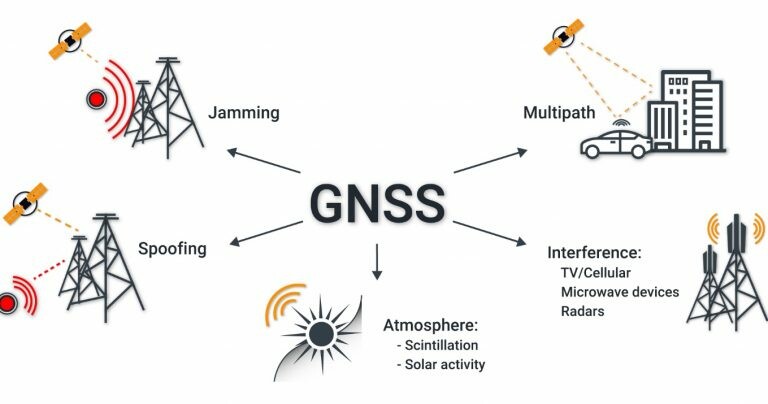 When asked about the importance of maintaining the integrity of the GNSS signal, Maxim painted a bleak picture of the status of the technology.

“We analyzed the market and realized that there was no commercial, cost-effective solution for the comprehensive monitoring of GNSS signals with advanced spoofing detection; we studied hundreds of scientific publications and patents on this topic and then developed a GPS spoofer with advanced attack scenarios,” he said. “We spent much time experimenting with GNSS modules and time servers. The spoofer allowed us to develop various attack techniques and investigate the effects of spoofing. We found that the only method for detecting intentional coherent spoofing is to analyze the spatial characteristics of the GNSS signal. We performed many interactions and eventually developed a system that consists of three-channel GNSS probes and cloud service.” 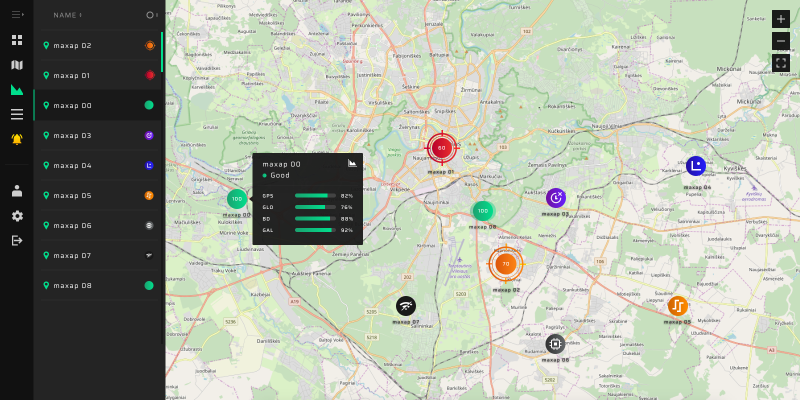 When asked about the selection of three RF channels for their solution, Maxim described the levels of threats.

“In general, there are two types of attack, non-coherent (Asynchronous), which are easy to execute, generate signals with incorrect coordinates/time. Counterfeit Signals have significant power to block the genuine ones. Due to jumps in the signal’s parameters, such spoofing is easy to detect,” Maxim elaborated. “Coherent (Synchronous) or advanced attacks are more complex. The first stage generates a signal identical to the real one and then slowly changes the coordinates, altitude, or time. It is possible to detect only with spatial signal processing (RF signal angle-of-arrival, and so on). This type of spoofing, in anti-drone applications, is often referred as electronic wind.”

“Drones are now used to deliver goods, even medical drugs, and they are very dependent on the quality of GNSS signals,” Maxim said. “There is currently no alternative to GNSS for navigation. Some advanced drones use RTK corrections to obtain highly accurate coordinates. A $100 spoofer can distort coordinates, which directly affects the safety of drones. If an RTK base station is compromised, all connected consumers will be affected. Our solution is aimed at preventing these interruptions of service.”

In terms of the extension of the protection from spoofing, Maxim elaborated on the details of the deployment, which are very complex.

“This is a very hard question with no 100% correct answer, it all depends on the spoofer’s RF signal power, the type of transmitting antenna, and the radio signal propagation conditions (cities with high-rise buildings, forest, field, etc.),” Maxim explained. “With GP-Probe, the solution is able to detect fake coherent signals with power levels even less than the power of original signals. Given urban conditions, a HackRF-based spoofer with an omnidirectional antenna and line-of-sight, I’d say it’s possible to detect fake signals at a distance of a couple of kilometers.”

When asked about the number of vehicles that can be protected at any given installation, Maxim described the optimal set-up to guarantee results.

“Placing GP probes along the road every 1.5 kilometers can ensure adequate coverage and spoofing/jamming/interference detection along these paths,” He said. “Vehicles can be connected to our service and receive real-time notifications about the quality degradation of the GNSS signals (spoofing is not). Our software can be deployed on any server or cloud and has no limitations on the number of connected users. Spoofing is not a common problem in Europe or America. Yet interference that reduces the quality of signal reception and processing is quite common.”

In the frenzy to deploy UAVs and UAMs on the national airspace (NAS) we sometimes forget about bad actors and the fact that not everyone comes to this industry with the best of intentions. GPSPATRON and their solutions help commercial operators breathe a little easier by guaranteeing their navigational signal is correct and guiding the vehicle to the right place.