Plug and play scanning options, like Emesent’s Hovermap, are making it simpler and more accessible for businesses to obtain autonomy with their existing fleet. Hovermap is an autonomous SLAM-based Lidar mapping system built for navigating and collecting high quality spatial data in inaccessible underground spaces, which is now enabling complex and challenging data collection anywhere in the world.

Emesent has proven their ability to deliver a deep level of autonomy for drone platforms like DJI. Today, they have extended this level of integration to the open-source ArduPilot flight controller and added Acecore’s Zoe platform to their list of integrations. 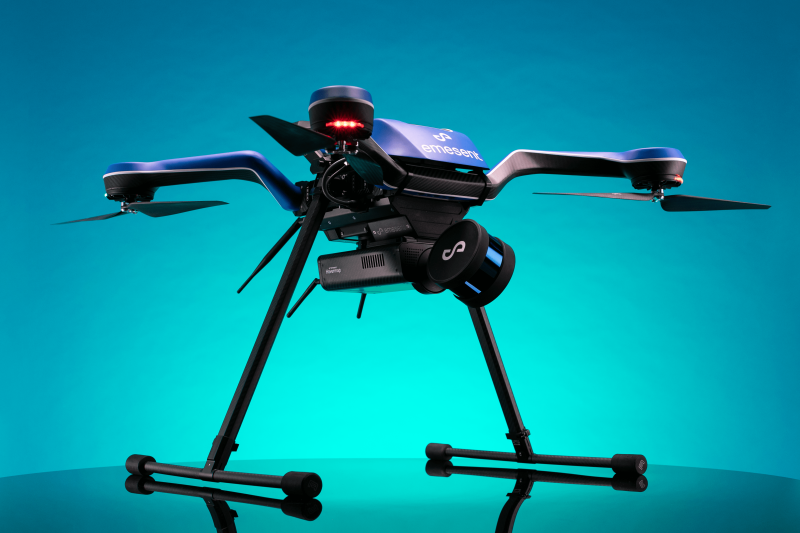 Commercial UAV News has often talked about the value in autonomous drone systems for commercial applications. Various levels of autonomy can make the technology more accessible to industries by making the operating process simpler and easier to master, allowing industries to focus on what really matters to them, which is usually the data.

However, many drones on the market today have only limited autonomous capabilities. These capabilities may make flying VLOS (visual line of sight) simpler, but they can be impacted by connectivity, GPS signal loss and other interference. For many of today’s applications, these capabilities are sufficient. But, as more companies leverage BVLOS waivers for complex operations, they require increased autonomy to ensure safety and accuracy during remote data capture.

What do you do if your company has already invested a considerable amount of time and money into drone platforms, and you want to expand your capabilities? Do you invest in more drone technology, or is there a way to make what you already have work for you? What if the autonomous technology available doesn’t quite fit the needs of your project, but another platform does?

Previously, the answer required an additional investment or substitution for a less-than-ideal solution. Emesent is working to change that by expanding its compatibility to a new range of aircraft, Zoe being the latest addition.

Until now, the European-made Zoe platform hasn’t had the capability to fly autonomously or in GPS-denied environments. The integration with Hovermap enables it to fly closer, faster, and take on more advanced missions, such as flying over mountainous terrain, underground, or around bridges. This capacity, combined with Zoe’s ruggedness and ability to carry a large payload, makes it an ideal solution for the energy and utilities, infrastructure and transportation sectors.

“Zoe’s ability to handle harsh environments and carry a large payload make it a great match for Hovermap,” said Peter Dickinson, Head of Product Management for Emesent in today’s press release. “It can carry both Hovermap and a full-frame gimballed camera, making the Hovermap-Zoe combination a great solution for aerial inspection and mapping work.”

Essentially, Hovermap takes the Zoe platform and transforms it into an autonomous, protected aircraft, while providing end-users with a powerful data collection tool.

In addition to these capabilities, the combination of Australian (Hovermap) and European (Zoe) technologies make it ideal for government applications, where restrictions or concerns over country of origin can be prohibitive.

The introduction of Zoe to the list of compatible platforms marks the beginning of Emesent’s integrations with other drones. To integrate with Zoe, Hovermap was updated to work closely with the open-source ArduPilot flight platform, one of the most popular flight controllers worldwide. Zoe runs ArduPilot on the Pixhawk “Orange” and “Blue” Cube hardware. Hovermap integrates at the deepest level, “providing full control of all elements of the flight controller.”

Integrating into an open-source platform means that it will be easier to add additional platforms using similar systems in the future, further diversifying the range of plug-and-play options for Hovermap in the years to come.

“The launch of the Hovermap-Zoe platform and the ArduPilot integration is another step towards expanding Hovermap's versatility and its variety of uses”, said Dr. Stefan Hrabar, Emesent CEO and Co-Founder. “It opens up a world of possibilities for the future and enables us to give Hovermap users more choice when it comes to the platforms they can use for capturing data.”

The potential to switch between drone platforms provides end-users with the flexibility to select the right tool for the job, while enabling them to scale their drone fleets knowing that they will have the same level of autonomy and control. This is an important step to enable further drone adoption.

The new Hovermap-Zoe combination will be presented by Emesent North America at the Commercial UAV Expo, running from 7th to 9th September in Las Vegas.