A recently concluded Pennsylvania court case sets a precedent for drone governance nationwide. It demonstrates how Federal Aviation Administration drone laws likely will be applied to local use of drones by pros and enthusiasts, wherever they’re flying in the US.

When it came down to nuts and bolts in the trial, the verdict hinged on the data gathered by the offending drone itself. It was a serious case, with long-term repercussions.

Sharpsville, PA, drone enthusiast Robert Layman faced felony charges of eco-terrorism and taunting brought against him by his neighbor, a kennel owner. John Brannan said that by flying his drone over the dogs and too near to the ground, Layman was harassing them and causing them to attack each other.

At the end of a recently concluded weeklong trial, Layman was acquitted of nearly all the charges he faced. 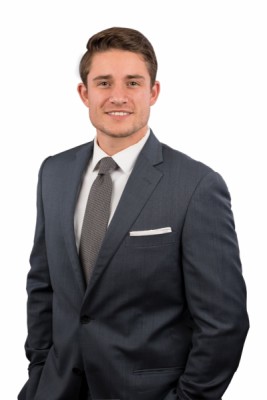 “He was acquitted of all charges other than a summary offense for disorderly conduct. That is essentially a speeding ticket,” says Pittsburgh attorney Corey Bauer, who represented Layman in the court case. “All 15 felonies and misdemeanors were acquitted, and the defense revolved around the flight data. The reasoning behind the disorderly conduct charge was that the jury found him to be reckless in not following the FAA line of sight regulation. So, this case tells drone enthusiasts that the expectation is what we always knew it to be—follow existing laws and FAA regulations; and, that your drone data can either save you or sink you.”

In addition to more clearly defining drone law hierarchy, and the FAA laws’ enforcement locally for recreational users, the case sets a legal precedent that others will follow.

“What this tells the industry is that there is now legal precedent to show that the Part 101 and Part 107 FAA regulations will be enforced by jurors, even if it's in a state court that cannot legally enforce said regulations. Simply put, the non-drone-flying John and Jane Doe expect drone pilots to adhere to these regulations,” Bauer says. “This carries practical implications beyond currently standing state and local statutes like PA's Act 78 (which only regulates privacy concerns for both recreational and commercial drone users), because it tells us that the ignorance of, or the willful blindness of, FAA regulations can carry state law criminal penalties if the right circumstances exist.”

“Also, it tells the industry that the data being recorded by the internal SD card in their drones is their best defense to both FAA and criminal compliance. Layman's data was his defense to both the state criminal charges and the FAA investigation. The data doesn't lie.”

The defendant says he is relieved to have the ordeal over.

“It was a long couple of years. I knew if they just looked at the drone data I would be cleared,” Layman says. “I was found guilty on a summary offense and have to pay a fine, but [it was] were regarding two dates that I didn’t even fly on. So, I wish they would have taken a better look at those dates against the drone data.”

He feels the case was blown out of proportion. The effect of it all on him, though, is permanent, and unfortunate: The case cured him of the drone bug.

“I’m not sure if it was personal, or just people being ignorant of drones… I loved flying and playing with my drone, though I will never fly again. I had a lot fun with it and wish that it hadn't come to this, but after the last two years and what I went through I will not be flying a drone ever again,” Layman says.

State of the Drone Industry: Security

State of the Drone Industry: Security