What Does It Mean for Public Safety Departments to Successfully Manage Drone Data?

When it comes to drone data management, professionals across various industries are getting better and better at turning data into answers. Surveyors are actively considering which drone data processing solution best fits their business needs, while companies focused on aggregate mining are turning data into insights. Public safety officials are similarly focused on these bottom-line practicalities, but the challenges they face when working through issues with drone data management are even more pronounced since they’re often working in emergency situations.

To help public safety officials avoid such challenges, Greg Crutsinger, Derrick Ward and Randall Warnas talked through best practices and approaches during the UAS Drone Data session at the UAS DRONES Disaster Conference | Los Angeles. Their session explored the common challenges and solutions to drone data problems but also provided insight around what it will mean to see the creation of certain standards and protocols that will help countless departments avoid these issues in the near-future.What do we even mean when we talk about drone data though? For the most part, it comes down to maps, photos and video. Those maps can contain different layers or function as panoramas, which allow users to zoom in and explore the maps in incredible detail. Photos can capture a similar level of detail, while videos enable a whole new perspective around a given asset, situation or circumstance.However, drone data isn’t just these sorts of assets. It’s also information like flight logs, position information, and other identifying information like case numbers. Understanding what’s being captured in which format seems like a given, but they’re all elements of a pre-defined mission that needs to be established in order to ensure success.As the founder of Scholar Farms, Greg Crutsinger has seen what happens in wildfire situations when mission parameters haven’t been established, where complications can cause delays and miscommunications between first responders. The creation of these parameters not only enables missions to be approached in a sensible manner, but also allows officials in emergency situations to make adjustments as the situation dictates. 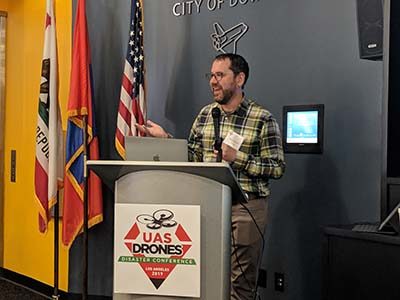 “Predefining your mission is critical because then you have something to build on,” said Crutsinger. “You can tweak or adjust it as needed given the requirements of a mission, but you’re going to get in trouble if you’re trying to figure all of that out on the fly.”Data management decisions and logistics associated with workflow are sometimes the last thing that public safety officials want to deal with, partly because of the technical challenges that proper data integration represents. As an example of one of those technical challenges, processing thermal data into maps can be really hard. Randall Warnas from FLIR is all too familiar with this specific challenge, and it’s something that one of the pioneers in thermal imaging is working to address.Warnas mentioned that FLIR is making an active effort to make managing thermal data easier. This recognition speaks to a deep understanding of certain pain points from FLIR, but also hints at one of the bigger topics on the panel, which was associated with easing the burden on users. Doing so can make data more approachable, which is something that is not wholly defined by technical capabilities.Making data approachable in public safety is incredibly important for multiple reasons. At a basic level, department chiefs and even city councils want to be able to see something they can understand, and the absence of that kind of information can lead to a loss of support. Additionally, this approachableness is important because the information being captured by a drone will sometimes need to be made available to the public. If a department is producing assets or images that can’t be understood, they might be facing issues that go beyond their workflow and process.This kind of approachableness ties into one of the panels most significant pieces of advice. Everyone agreed that whenever possible, building on an established data practice was preferable and recommended. To that end, LAFD Firefighter Derrick Ward mentioned that this concept of building on something rather than starting anew has been so critical for the success of the LA Fire Department’s incredibly influential drone program. 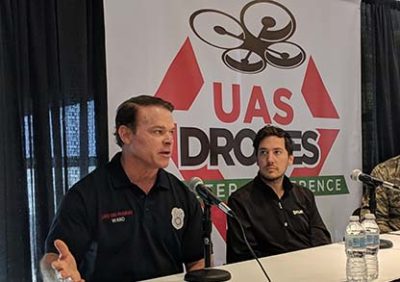 “We’re not trying to reinvent the wheel,” Ward mentioned to the group. “We’ve taken what our arson unit has done and are building on it.”By building on something rather than inventing it from scratch, Ward has been able to help public and commercial stakeholders realize the importance of the better situational awareness that drone technology provides. That awareness is tied to using drone data to tell the story of a given situation or task, and Crutsinger talked about how that story can be especially critical during and after disaster situations.Understanding what happened is an essential part of that story, and it goes back to establishing the basics associated with proper settings, knowing the proper files, defining the scope of a mission, etc. That process can be started in earnest by asking some simple questions like…Answers to these types of questions are directly tied to the creation of standardized protocols with drone data management that move beyond providing a live feed for situational awareness to ones that incorporate map layers and collaboration with the local GIS teams to take full advantage of the new technology. Making sure that everyone not only knows about these parameters but can actively see and share them is also important, which is why the ability to easily share pre-planning missions via the DroneDeploy app was specifically mentioned on the panel as being critically useful out in the field.Defining what it means to manage drone data is something that can be a challenge in multiple ways, but there is so much that good baseline data layers for comparison can provide for emergency/disaster situations. The days of being able to create and achieve that baseline data in an easier manner are coming, but those systems and capabilities will be built on the processes that are being established and worked through today. Drone data management might not always be top of mind for public safety officials, but it’s critical in every sense of the word.“If you don’t take steps to predefine your mission and eliminate what could be catastrophic or crippling data issues down the line, you’re putting the cart before the flying horse,” Crutsinger said. 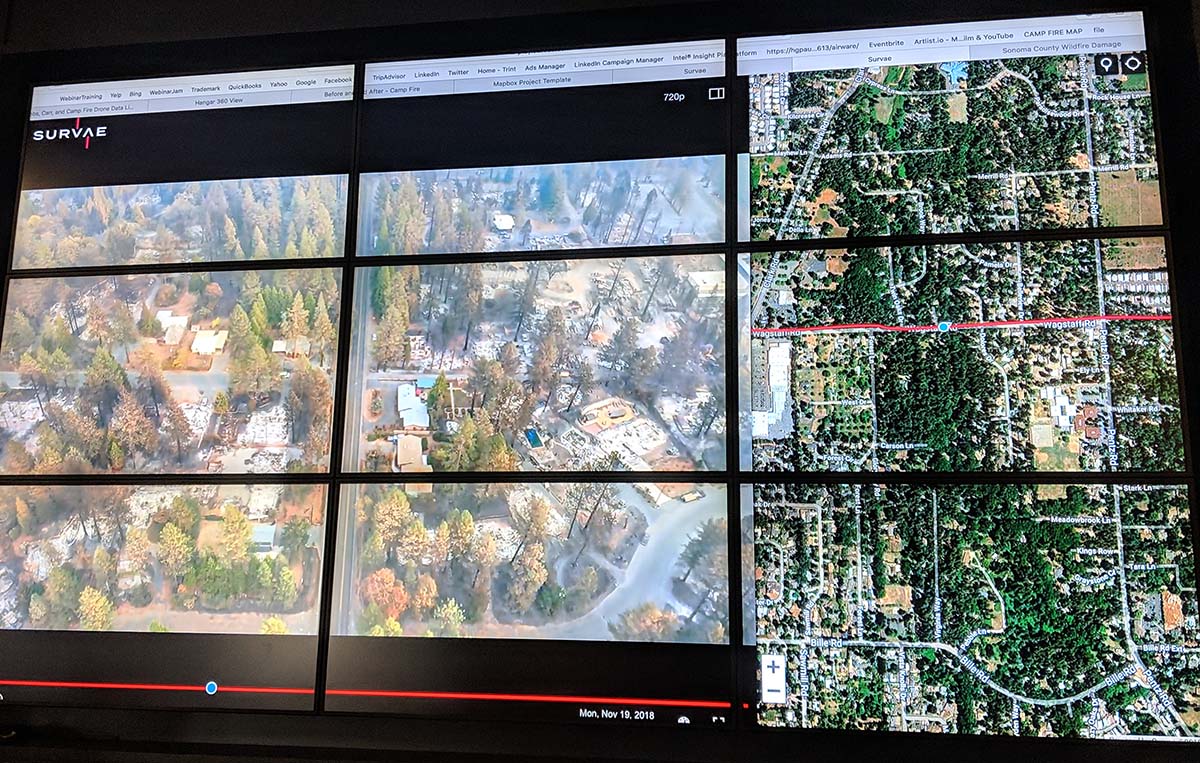