What Does it Mean to Enable Success With Drones in Civil Engineering? 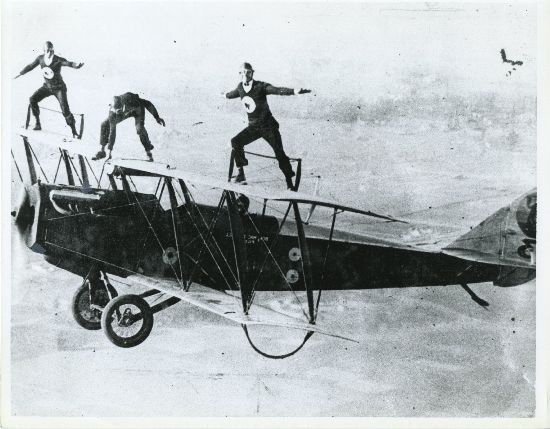 What must it have been like to be living at the dawn of manned aviation? It’s a question I’ve been thinking about more and more as we find ourselves at the dawn of a different era that is similarly disruptive.In the 1910’s through 1930’s in the United States, it was like the “wild west” in the air since it was now possible for people to break free of Earth’s surface and experience the thrill of flight in three-dimensional space. Barnstormers traveled from town to town with their marvel of modern engineering, giving rides and delivering airshows for anyone who would pay to participate. Dozens of companies sprang up out of nowhere, energized by thousands of people who yearned to capitalize on this historic shift in capabilities. This new technology completely changed the way entire industries functioned.In 2014, I had a revelation that I was living at a similarly disruptive time, thanks to a different disruption in aviation technology. After the FAA was tasked with developing a formal framework for regulating unmanned aircraft, I realized that UAVs would change the way people worked. I could see the birth of a new era in aviation.Commercial UAVs would eventually mean big business, but how would that happen legally, safely, and profitably? Who would discover the magic combination of skills, technologies, and decisions to ride the wave of innovation? These were questions I asked as I advocated for the safe, legal, and productive uses of drones in our society.I saw evidence of the real value and traction of this technology from a northern California civil engineering firm. The company wanted to bid on a land development project that didn’t have any direct road access, so they used a drone to get a bird’s eye aerial view of the site and take high-resolution photos. They used these photos in the company’s bid, and they ended up winning the contract. Their client told them that these aerial photos from a drone were a key discriminator.That’s just one example of how and where drones are expanding into our economy. It’s happening in a variety of industries, but the tremendous needs and opportunities in the civil engineering fields are unique. Land development, natural resource management, major infrastructure projects, and sustainable long-term operations of everything in our built world can all benefit from on-demand, cost-effective, unobtrusive, and precision data collection from the sky above.But drones do have their limitations and constraints. They have unique costs and risks associated with them, which is why they should be treated as a tool, just like high precision survey equipment or CAD software. Anyone looking at incorporating drones into a civil engineering practice needs to seriously consider how drones will augment, integrate with, and possibly replace those other elements in your current workflow.Since the Part 107 regulations went into effect in the United States in August of 2016, that’s a process many organizations have gone through, and they’re producing tremendous results. These results have compelled numerous civil engineers to explore how they could bring the benefits of drones into their firms. But there is no “easy button” when it comes to drone adoption.For anyone trying to figure out how they can and should be approaching drone adoption, there are valuable events, conferences, podcasts, courses, and videos readily available. While they all have their time and place, the format that I saw as uniquely valuable (and missing) was a book. That led to the creation of Success with Drones in Civil Engineering: An Accelerated Guide to Safe, Legal, and Profitable Operations.When I set out to write a book about drones for civil engineering, my singular purpose was to dramatically accelerate the reader’s knowledge, preparation, and likelihood of success as he or she moves forward with a drone in their civil engineering business. Specifically, though, I wanted readers to be able to:All of these topics and more are addressed in specific details in the book, and I take the time to walk readers through the considerations and ramifications that they need to understand. These insights come from knowing and studying dozens of other people and companies that have made the effort to use a drone for civil engineering, construction, aerial photography, and cinematography businesses. Experience from these people plus aviation, project management, and systems engineering combine to include over 50 LESSONS LEARNED that are emphasized in every chapter.This book isn’t about the billions of dollars of revenue worldwide that drones are often projected to create. It’s not about what drones might be able to do someday. We don’t need more hype and glory about drones in our economy. We don’t have any time or money (or professional reputation) to risk. We need resources and conversations that cut to the chase.Success with Drones in Civil Engineering has been written from the perspective of someone working and operating in the United States of America. No matter where you are in the world, however; the fundamentals of safe, effective, and profitable drone operations still apply.Until the particular regulations catch up with drone technology (if they ever do), it will require everyone involved in drone operations to take personal responsibility for doing the right things right. We need to make that commitment daily for ourselves and those we work with. That’s what I hope this book will enable.Those people in the 1910’s through 1930’s lived through an exciting disruption, but the one we’re living through right now with drones is poised to happen even faster with even more fundamental changes. It’s a disruption that Success with Drones in Civil Engineering is designed to help you convert into tangible benefits you can apply today and leverage into results that benefit our world for decades to come. Editors Note: This article was adapted from the Introduction of Success with Drones in Civil Engineering: An Accelerated Guide to Safe, Legal, and Profitable Operations

Matthew Sweeny, Founder and CEO of Flirtey, Talks about an Accelerated Regulatory Approval for Delivery Drones

Is This the Right Time to Test the Merging of ATC and UTM?

Brett Hoffstadt is a dual-degree aeronautical engineer, certified project management professional, patent holder, and author who has overseen the development and deployment of dozens of large, complex, and innovative projects in multiple industries over his career. His latest book, "Success with Drones in Civil Engineering: An Accelerated Guide to Safe, Legal, and Profitable Operations," is available on Amazon as an e-book or paperback. He can be reached on LinkedIn or on Twitter @BrettRocketSci

Matthew Sweeny, Founder and CEO of Flirtey, Talks about an Accelerated Regulatory Approval for Delivery Drones

Is This the Right Time to Test the Merging of ATC and UTM?

Stereographic Mapping and Drones: Taking UAS Mapping to the Limit

A New Resource for Civil Engineers and Drone Entrepreneurs