Lately, there’s been a lot of talk about what it can and does mean to utilize a “professional” drone for commercial projects as opposed to a “consumer-grade” product. Different people define these terms in different ways, but for most, the crux of the argument comes down to a debate about "DJI vs. high-end".

In practice, though, it’s often more about "phantom vs. custom." The DJI M600 and M200 series face a lot of the same challenges as boutique manufactured drones from other manufacturers. Many of the models in DJI's "professional" or "enterprise" lines do not, in fact, produce better accuracy when used for surveying, and since they are more expensive and more complex to operate, they do not make as good an investment for most survey companies. 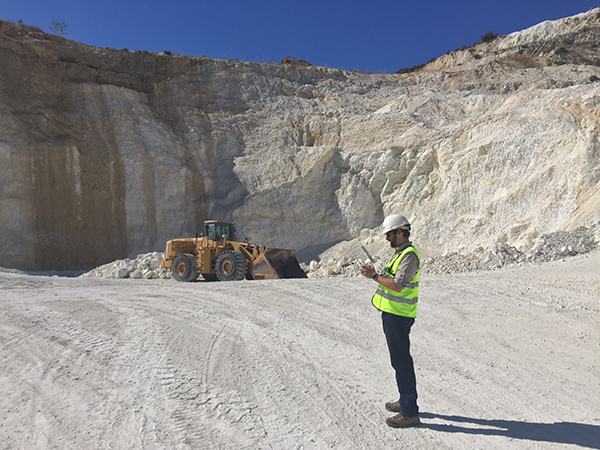 This is the kind of ROI-focused decision-making we’ve helped hundreds of surveyor work through in order to use drones to grow their business without hiring, which is for the most part possible on account of providing land surveyors with everything they need to use drones to finish surveys 90% faster. Aerotas does not have any formal affiliation with any particular drone company, which gives us the freedom to test and evaluate everything in order to provide our customers with the best tools. In our testing, we have found that there are minimum technical standards that are required to produce the accuracy land surveyors need: a 20-megapixel camera with a global shutter (as opposed to a linear rolling shutter) on a 3-axis gimbal on a multi-rotor. The DJI Phantom 4 Pro and Advanced models meet these specifications. With the right sensor, so do the more expensive models, but those more expensive models do not produce better accuracy results on surveys.There’s definitely some skepticism when we talk about these concepts and numbers, especially when we’re able to do so because we’re using what some people dismiss as “toys”. The problem with this mentality is that it doesn’t recognize the psychological bias we are all subject to which leads us to associate quality with price. We think that just because something is less expensive, it must be lower quality, and the more expensive option must be the higher quality one. This bias is called the Veblen Effect, and it’s something that is not limited to the drone industry.We often see this play out with land surveyors and engineers when they first approach us, who think that because they're professionals, they need a drone that is marketed as "professional grade." It’s why we coach land surveyors and engineers to instead focus on what variables are most important to them, in order to avoid this trap.The most important variable for drone-users in these professions is the ground-truthed accuracy of the data produced. Second to this is reliability, and finally all-in price. This is the analytical approach we took to determine which drone is the best tool for surveyors, and it led us to the DJI Phantom 4 Professional. Whether you want to call it a “toy” or anything else doesn’t really matter to us, because it produces the best results.I do actually agree with some of the arguments for using more “professional” grade drones in certain applications, but those applications are not relevant to most surveyors. I absolutely agree that that data security in the context of evidence gathering by police or work around infrastructure critical to national security needs to be a priority. How often is your survey going to be taking place in areas like this though? If you’re conducting a survey at or near an area Homeland Security has identified as being important, this issue should be a top priority. For a topographic map of a subdivision outside of Reno, though, it may not be so critical.The importance of professional Standard Operating Procedures is also something I hammer on every time I give a talk or seminar, and it’s a primary focus of the hands-on training we do for our clients. SOPs specific to the type of drone operation (high-accuracy surveying, for our customers) are the only way to ensure you are getting repeatable results, and doing so safely, legally, and profitably. It seems like this is starting to gain real traction to the point that we now often have new customers come to us specifically because they want to be trained on the SOPs we've developed. We've actually been working with the National Society of Professional Surveyors as they're discussing a drone certification of some sort specifically for licensed surveyors. 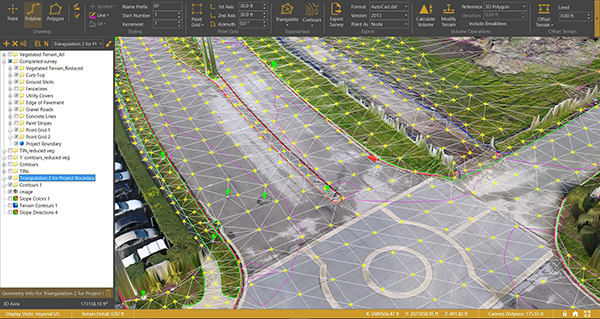 For the type of work most surveyors do, prioritizing a drone that has redundant onboard systems in order to avoid “single point of failure” is not a critical concern. Our customers would rather use a drone that's so reliable that it doesn't need redundant systems. The Phantom is produced in staggering numbers by comparison to any other drone, which means the engineers at DJI have had the opportunity to work out the 1 in 10,000 type issues and kinks in a way that high-end boutique manufacturers just don't have the opportunity to do. Across the hundreds of surveyors we’ve trained and set up, I think we’ve only had one or two issues with a Phantom.The beauty of DJI drones, particularly the Phantom series, is that they are closed systems designed to work together, so they are incredibly reliable. Whenever you start customizing, you are invariably adding complexity, which is going to lead to problems with field operations, reliability, and data. When you start integrating third-party systems, there is going to be a much higher frequency of things going wrong. We hear examples of this from clients regularly. One surveyor we spoke with recently purchased a $70,000 Trimble drone a year ago and has only successfully used it on two projects because of constant issues with the gimbal and flight software. Another time recently we did an accuracy test bake-off between a Phantom (used with Aerotas SOPs) and an M600 with a Canon DSLR camera used by a local premier engineering firm. we finished the entire operation in under 30 minutes and wound up with data with better than 0.1’ accuracy, whereas the team with the M600 wound up having to come back 4 times over a few weeks before they successfully completed the mission, and when the did half of the photos taken were inexplicably blurred. And the folks operating that M600 are very proficient and experienced with drone technology. We prefer equipment that just works.The minimum technical standards we’ve determined in testing means many "lower" models do not produce equivalent accuracy that we see from the Phantom series, but there are still occasional applications for those models. We do have some clients who we have equipped with the Mavic because of its portability and simplicity, and because they do not need survey-grade accuracy for some of the work they do.The needs and requirements of the project should be driving the choices around what technology is being utilized, rather than arbitrary distinctions as what qualifies as “professional” or “consumer-grade”. Anyone solely focused on only using the former needs to challenge their assumptions about what these terms really mean. Often the only thing defining a drone as "professional" is that the manufacturer advertises it as such. Rather than relying on marketing and advertising, rely instead on the accuracy and reliability that the tool you're using can provide.

Daniel Katz is co-founder of Aerotas, where he has helped hundreds of surveyors nationwide start surveying by drone with industry-leading accuracy. Daniel regularly speaks at survey conference across the country, and is a regular contributor to Point of Beginning and state survey association magazines.

Can Surveyors Do More with Less by Using Drones?