Measuring the Success of Drone Adoption

The potential drones have to make a variety of tasks faster, cheaper or safer has been talked about for years now, but this potential is finally being quantified. Drones have been touted as enabling a potential 90% in timesavings, while the costs associated with using drone vs. a survey crew are exponentially different. These differences are real, and they’re opening up exciting new possibilities for a variety of organizations.

Not everyone has been able to come up with these kinds of measurables though, and that has led to adoption challenges. It’s one thing to say a piece of a technology is going to make a given task faster, cheaper or safer, but what does that actually mean to the organization? Additionally, difficulties arise when it comes to establishing a value for something that never happened because it was prevented through the use of a drone. How can savings in time and expenses be calculated when they never occur?The difficulty of establishing these sorts of measurables is part of the reason the Department of the Interior’s (DOI) efforts around drone adoption are so notable. They created estimates that determined the early detection of the fire by drones saved $50 million in land and infrastructure value that could have otherwise been lost. While their adoption of drone technology goes beyond the bottom line, being able to calculate that number and savings is critical for numerous reasons. The Importance of Outcome MeasurementsThe importance of measuring the success of a new approach or technology isn’t limited to drones. It’s not even specific to the way in which forest fires are dealt with, which is one of the DOI’s many responsibilities. As an example of this, water was first dropped on a wildfire from an airplane in the 1930’s, and the efficacy of doing so is still not well understood and often debated. Drone technology that's available right now offers the opportunity to change that, not just by quantifying the outcome of what it means to dump water onto a wildfire, but by filling the 2/3rds of a day when the DOI doesn’t support firefighters from the air due to either darkness or reduced daytime visibility.“A wildfire is a great example of the importance of outcome measurements,” said Mark Bathrick, Director of Aviation Services at the DOI. “That $50 million in land and infrastructure value that was saved as a result of identifying a spot fire would not have been seen had it not been for the drone with the infrared sensor aboard. That kind of measurement is incredibly important to us, and we believe that the long term strategy for integrating small and larger drones will result in even more game-changing positive measurable outcomes.”With responsibility for the stewardship of approximately 500M acres of the “people’s lands” in the U.S. (1 in 5 acres) and supporting over 400M visits to these lands annually, creating a better understanding around what it means to use drones to do everything from fight fires to survey land to assess emergency situations is incredibly important. Doing so, regardless of the context, is a direct factor for anyone focused on the successful adoption of the technology. 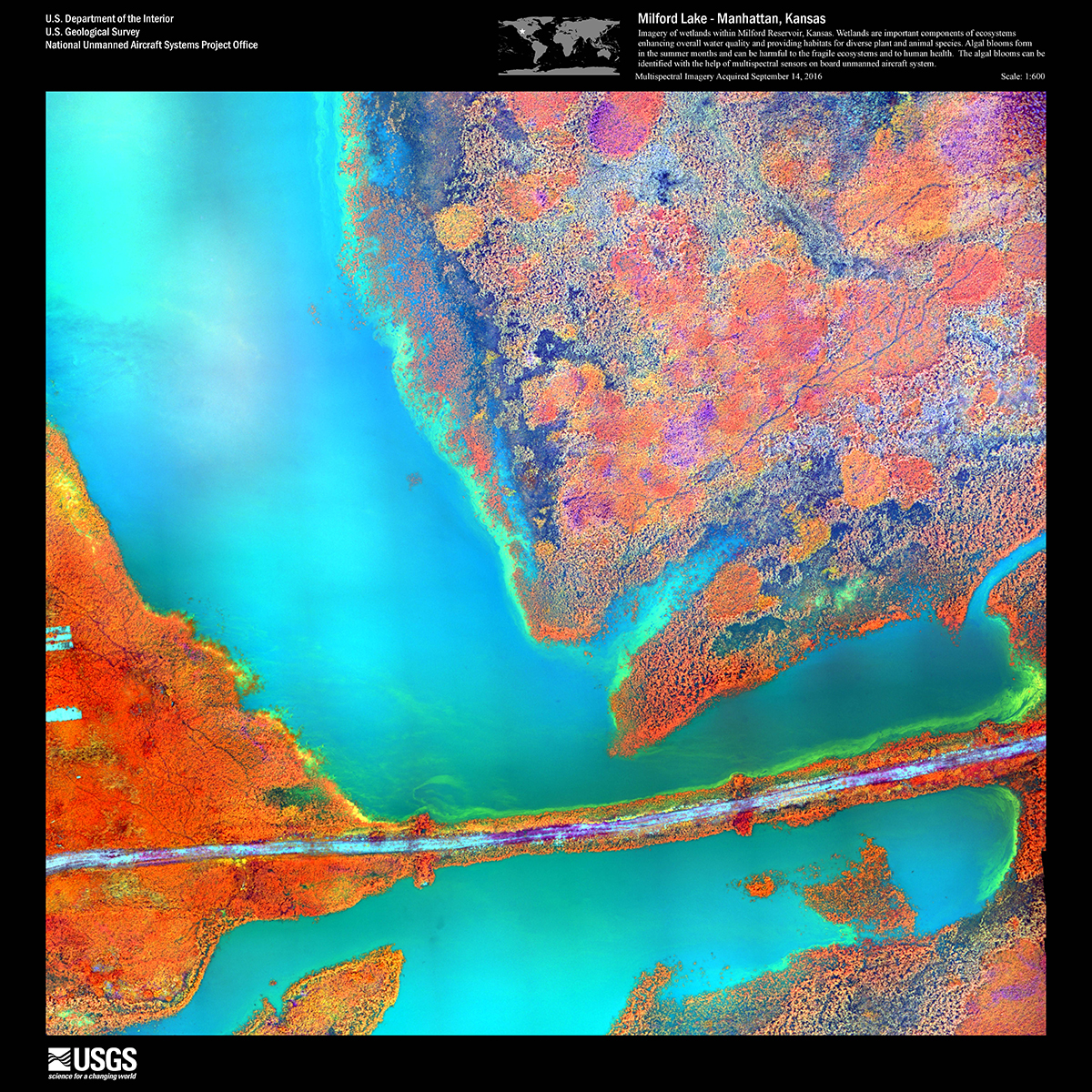 An example of what the DOI has been able to capture and create thanks to drone technology.

A Defining DifferenceWhen it comes to being able to effectively measure the success of what it would mean to adopt drone technology, one of the defining differences for businesses as well as government organizations comes from being able to master the must-have competencies for drone success. However, it’s not just a matter of paying attention to issues related to aviation, privacy, security and culture, but to also know what and how to measure success in those areas. The DOI has put their success in measurable, concrete terms that the people in the department and the public at large can understand, all of which stems from their dedication to these competencies.“Our secret sauce has been our commitment and ability to bring aviation, privacy, security and culture together,” Bathrick told Commercial UAV News. “That’s why we’ve been able to come up with some incredibly valuable numbers associated with how we’re using drones. After conducting many thousands of flights, we've seen that putting a drone in the place of traditional approach can mean being able to perform a given task in 1/7th the time, at 1/10th the cost. These numbers are rules of thumb for us and vary from project to project, but it’s something that we’ve been able to measure based on our approach to those core competencies, and it’s why I’ve talked about them in terms of what it means to succeed in drones.”Professionals in industries that range from oil & gas to construction to precision agriculture have been able to quantify similar measurables, but being able to do so has been a result of a commitment to aviation, privacy, security and culture. Too often, organizations want to focus on creating that 1/10th cost reduction or what it means to define an ROI with a drone before establishing these competencies, and that can create a whole different set of challenges. Those kinds of measurables are critical when it comes to measuring success and defining that ROI, but it’s the immeasurables that might end up being even more valuable. 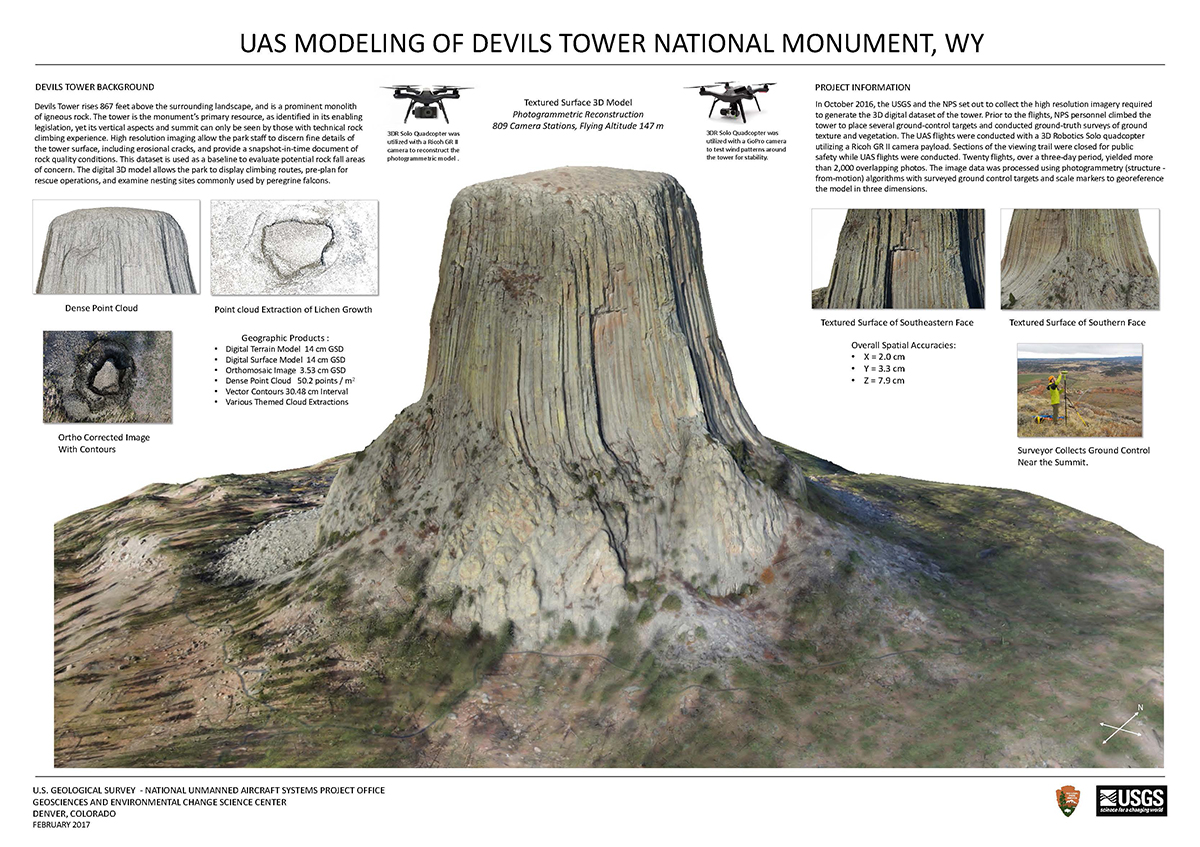 Measurables That Are About More Than the Bottom LineMany of the missions and tasks DOI employees engage in are inherently hazardous. Rescuing stranded climbers, combating wildfires and conducting habitat surveys in rugged terrain are just a few of the responsibilities they’re tasked with, and many of those missions come with an inherent risk to the personnel involved in them. Being able to use a drone to replace that human risk and save people from being killed or injured is incalculable.“A recent study showed that from 1937-2000, 66% of all field biologist fatalities were aviation related,” Bathrick said. “Using drones allows us to take people out of these dangerous situations, but they also make an impact on the safety of the public. Drones enable us to gather critical information more quickly to hopefully act with greater clarity and agility. It allows us to be more aggressive in carrying out our responsibilities to communities that are in need.”The impact drones have and will make for the DOI can be measured with numbers like that $50 million saved, but an even more critical element for the success the DOI has been able to measure is related to safety. It’s not the only immeasurable benefit that they’re focused on with drone adoption though, as the technology has created the opportunity to not only increase the amount of data they gather, but the value and transparency of that data.The DOI’s “drones for good” program is all about transparency and information sharing with the public, and the resources they’ve made available on their site range from all-encompassing resources like the DOI Unmanned Aircraft Systems (UAS) Integration Strategy (2015-2020) and Detailed summary of 2017 DOI UAS Flights to the 2017 North Umpqua Complex Fire UAS Report. This kind of transparency might not be a critical element for everyone looking to adopt drone technology, but the fact that the DOI recognized it would be for them is what has helped them define a measurable value of their UAS program that has and will continue to guide how they operate.DOI’s outcome measurements for the privacy and security competencies also serve as a model for other current and potential drone operations. Having now completed over 11,000 drone flights across more than 20 States, they haven’t received one privacy complaint from the public. Never wavering from their original standards for encrypted control and payload links and an “opt-in” requirement for data sharing with drone manufacturers, DOI collected UAS data has remained secure.“The kind of transparency we’ve been able to highlight and measure is about more than the bottom line, and it all stems from how we are and will be using drone technology,” Bathrick concluded. “It’s something that really does serve the ‘drone for good’ vision of our program, and because of that, we can talk about success and measurables without just focusing on numbers.” 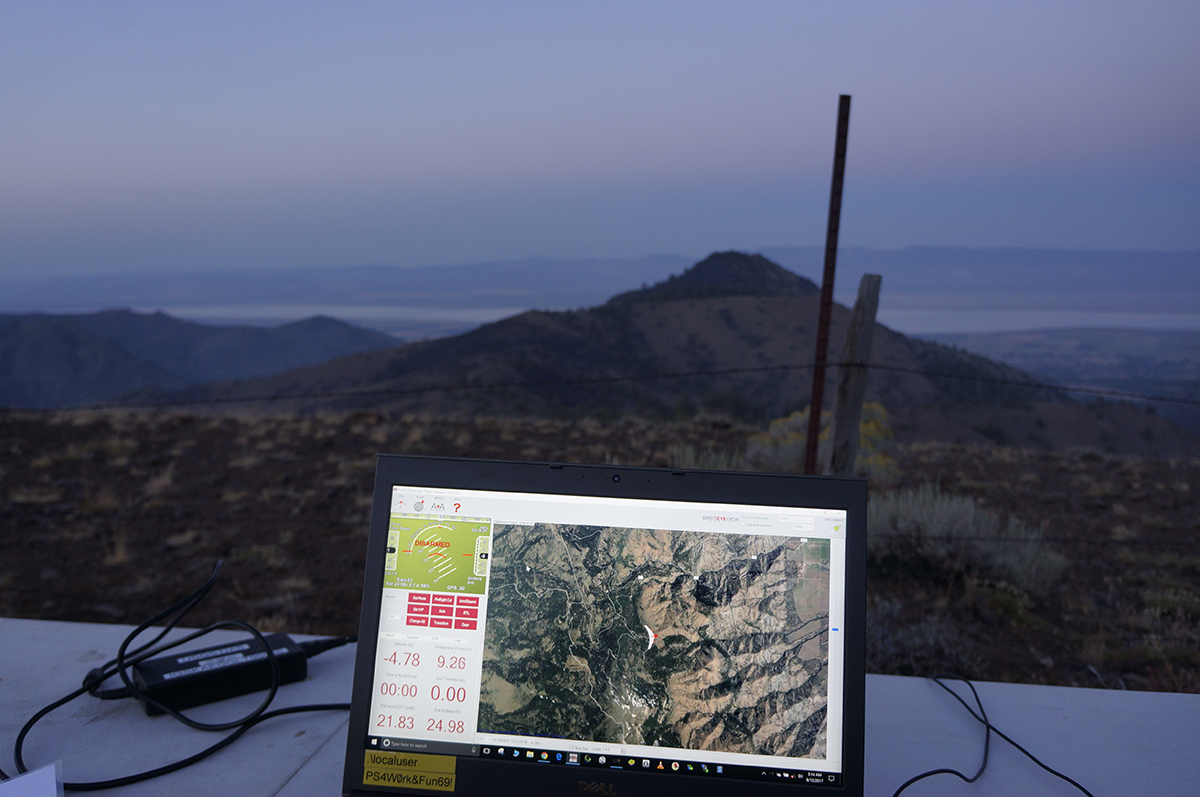 DOI “Takes a Pause” with their Drone Fleet

DOI “Takes a Pause” with their Drone Fleet

Detailing the Success of the L.A. Fire Department’s Drone Program