News about Insitu being able to demonstrate UAV integration with GIS systems for fighting wildfires recently dominated the headlines, and fire incident commanders haven’t been shy about explaining what it means for them to be able to fight fires in a totally new manner. It’s proof of the difference that Insitu has enabled in a variety of applications that are more about the data than the drone. This focus has helped them define the value of these tools for their customers in terms of a definitive ROI, which was further demonstrated with the announcement that Insitu is working with Shell’s QGC business to deliver automated infrastructure inspection and management services for their operation in Queensland.

This focus on ROI is a concept that the Boeing subsidiary has long been focused on, even though their airframes and hardware end up getting most of the publicity. Insitu’s vision statement is about decision-making superiority, and that came as a result of analyzing the true value of what they’ve been delivering to customers over the last two decades. It's not airplanes, and it's not cameras. It's the imaging information operators can utilize to make a decision.These decisions directly influence ROI when it comes to drone applications, and that can and will happen in three distinct ways. Data captured from a drone can help optimize current approaches, data analytics has enabled new opportunities, and predictive analytics have the power to reshape an entire operation. 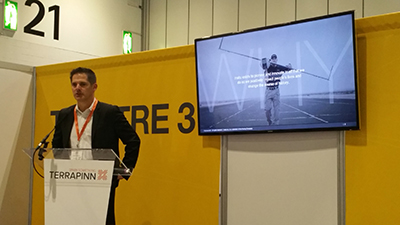 Influencing Current ProcessesJon Damush is the Chief Growth Officer for Insitu. In this role, he’s worked to showcase how drones have been able to impact the way in which a company can perform current tasks like infrastructure inspection. That impact can be measured in terms of both time and efficiency.“One of our clients had been sending out teams in trucks to inspect their infrastructure,” Damush told Commercial UAV News. “That's how they were maintaining their compliance and keeping their yields up. They could hit eight locations per day with that method, which meant considerable wear-and-tear and subsequent upkeep on their fleet. After working with them to determine what information they actually needed, we started flying. Now, they can do over 200 locations in a day, and have reduced the wear-and-tear on their fleet by half.”The ROI associated with that much less of an expense for maintenance and a crew that now has that much more time to devote to other priorities is something that can be quantified and calculated in plain detail. However, it’s just the beginning of the value that can be unlocked, because none of that even considers the power of data analytics. Analytics and ROIInsitu services are priced around the amount of information they deliver to their customers, which reinforces the importance they place on the data they’re collecting, delivering and helping their customers utilize. That utilization can mean something as simple as seeing that data influence whether or not a point on a map is red or green. Raw data, maps and models are of no use to anyone that simply wants an answer, and those answers can be influenced by powerful analytics.“One of the things our client needed to do was to simply identify the state of a piece of equipment as they flew over it,” Damush continued. “A trained observer could tell what was going on, but that meant the trained observer had to be watching the live video or reviewing it after the flight. Once we knew that, we created a program that utilized machine learning algorithms so that the operator no longer has to watch the video. Instead of watching everything, that observer just needs to look at the equipment that the system has flagged.”That setup has enabled more efficient decision-making authority. It’s the sort of thing that Insitu is looking to enable with a variety of analytical tools, and when those tools are coupled with a combination of flying the right payload packages over the right infrastructure at the right times of day, a definitive ROI can be determined and measured. However, it’s only the beginning of the impact these approaches will enable. ROI and Predictive AnalyticsThe ways in which data being gathered by drones has been able to reduce expenses and man-hours are quantifiable, but the predictive capabilities that this information can open up are set to be even more powerful. However, those new capabilities will be heavily influenced by the approach an organization has taken around drone adoption.“We expect we'll be asked to do less when it comes to predictive analytics because a lot of these firms are using those capabilities in other aspects of their business,” Damush mentioned. “What they don't have is access to what I'll call ‘calibrated information’. That’s something we can provide in order to truly open up brand new capabilities that further define the value of this technology.These kinds of variables mean that anyone looking at where and how drone technology can make an impact needs to work with a partner in a collaborative and consultative way. The needs of an organization have to be connected to the value proposition, because technology itself is not a panacea. It has to be deployed the right way. Doing so can mean a powerful and quantifiable ROI, but that result is wholly dependent on partners that can ask real questions and understand the real problems to create this value.