Developing a realistic approach to being able to remotely identify small drones in controlled airspace is a top priority for stakeholders throughout the drone industry. Acting FAA Administration Dan Elwell has literally said that we need universal remote identification (Remote ID), and plenty others have mentioned that it is critical for the industry at large to move forward. It’s undoubtedly the reason the FAA quietly announced the release of a Request for Information (RFI) looking for partners to help develop this exact kind of system, although a handful of companies have already come together to showcase what one could look like.

Last December, Kittyhawk, Wing and AirMap all traveled to San Bruno, California, and demonstrated an implementation of an open source, network-based, remote identification solution called InterUSS. Designed to find the right balance between privacy and transparency, they not only established that Remote ID for drones is possible, but that it can be enabled without any special hardware in an exceedingly simple manner. 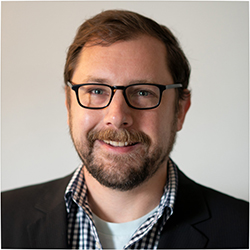 What is Remote ID and How Will It Define the Future of the Airspace?