What Do You Need to Know About Anti-Drone and Counter Drone Technology?

One of the reasons counter drone/anti-drone technology has become such a big issue in 2018 relates to scenarios where drones could be used to threaten the privacy of people, protected places, large events or critical infrastructure. With that being the case, what does it mean to enable a sense of security when it comes to drone technology? What kinds of options are available to organizations that want to get a better sense of the threats that are in their airspace and in turn take action around them?

These are the exact sorts of questions Dedrone solutions have been designed to answer. Founded in 2014, the San-Francisco-based company uses advanced hardware and software technology to create a critical awareness of the airspace, and even allows users to take active countermeasures. The company’s complete, automatic drone detection and security solution includes the Dedrone RF sensor, which helps users understand their airspace security situation, while their DroneTracker software connects to various sensors (including the RF sensor) and can trigger active countermeasures. 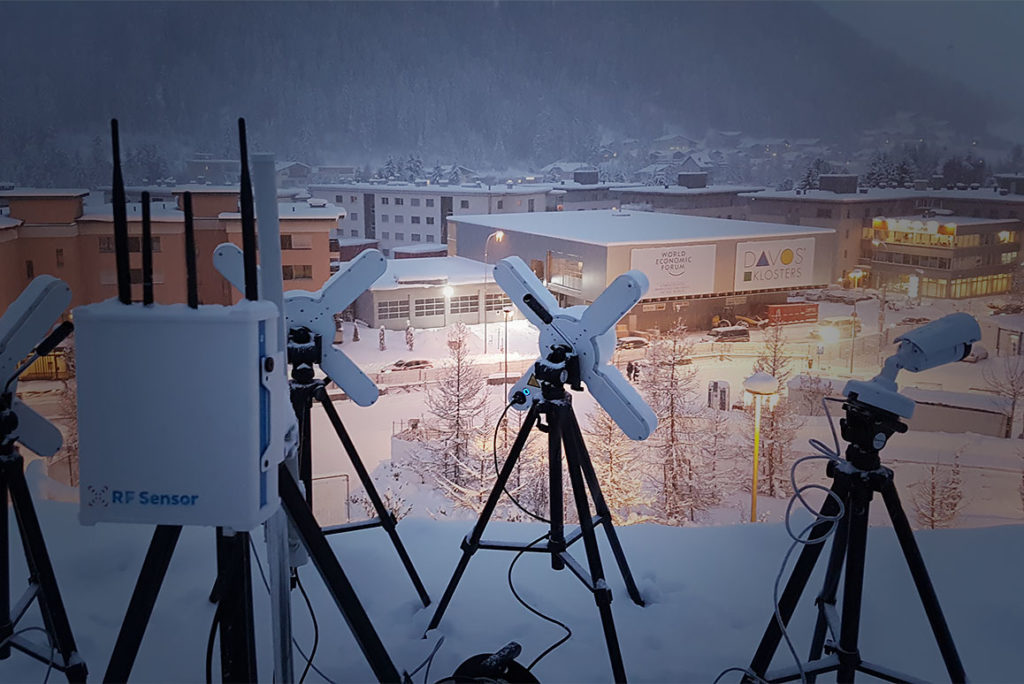 “Most of our customers start off with one RF sensor, and then based on the data they collect, they’ll add additional hardware components that plug into that same software”, said Dedrone VP of Marketing Pablo Estrada. “That could be video cameras, could be radar, or a number of other sensors. Based on what they understand or find out about their airspace, and depending on the legal standing they have, they can then choose to deploy a number of counter measures that we don’t manufacture ourselves, but do plug into our software.”In late 2017, Dedrone launched the second edition of the Airspace Security Insights Report which discusses various security issues drones cause in different situations: Disaster Responders, Airports, Correctional Facilities, Stadiums, Arenas and Public Events, Enterprises and Data Centers and Private Individuals. This report provides critical insight around the security situations that were created on account of drone technology in 2017, and those situations have directly impacted the interest in this technology in 2018 and beyond. It’s one of the reasons many of the predictions for 2018 that Dedrone laid out were focused on where and how these threats will be taken to the next level.Removing a drone from the air - an active countermeasure – might represent the solution many want to focus on when it comes to anti-drone technology, but it’s important to highlight that passive countermeasures can be just as effective, if not moreso. These include, for example, raising blinds, bringing people inside a building, or even shining a bright light at the drone to stop it from capturing any relevant imagery.“While passive countermeasures don’t directly interfere with the drone, physically or electronically, they do provide a great level of security and protection for customers who are using them”, Estrada told Commercial UAV News.Sorting out permission to legally take active countermeasures is something that has to happen on a couple levels. On the FAA side, if you’re jamming a drone, you’re interfering with an aircraft, and on the FCC (Federal Communications Commission) side, if you’re jamming a drone you’re doing it by using signals that interfere with other radio signals, and that’s a violation of FCC regulations. However, creating a simple awareness of what’s happening in the airspace is often an even greater concern than active or passive countermeasures.Recently, the Dedrone hardware and software combo helped to collect data on drone activity in a no-fly-airspace in Northern Virginia, just outside of Washington DC and close to the Pentagon. The company installed and deployed their solution in a couple different locations, and it detected 52 drones that were operating in the area over the first 26 days. In the next 30 days, it detected another 43. 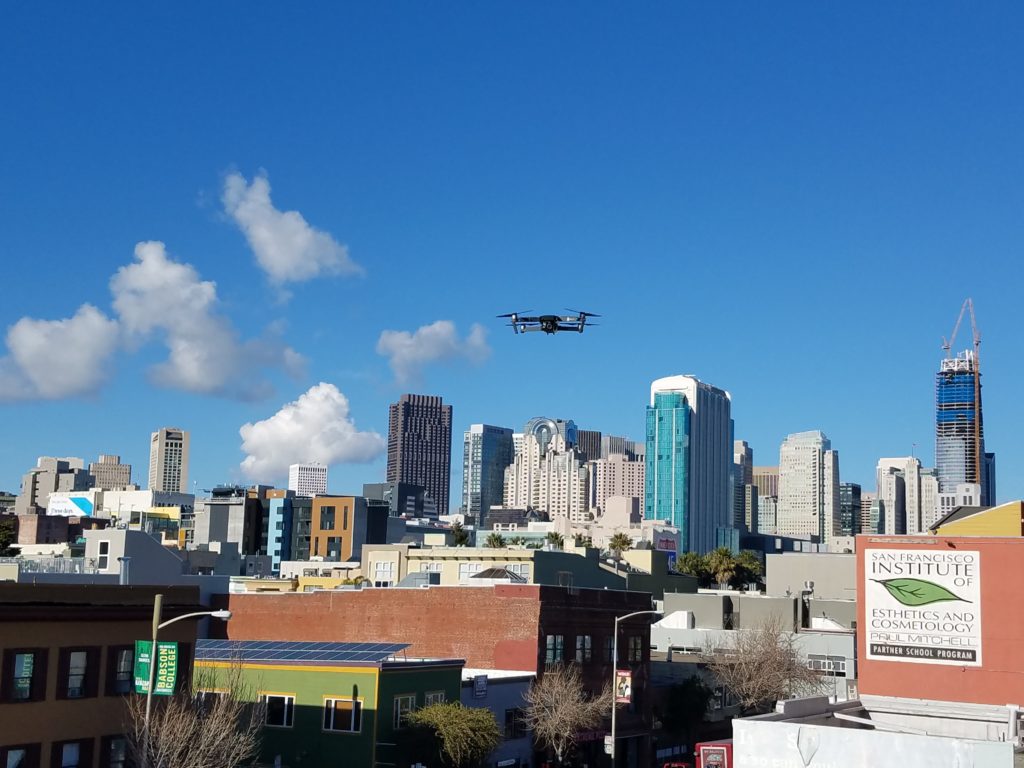 “It was eye-opening because, of course, there shouldn’t be any flights in this area, or perhaps just a handful that had been explicitly approved,” Estrada mentioned. “It provided our client with a sense of the actual drone activity in an area where there should be almost none, and will allow them to make informed decisions around how they want to deal with that activity.”Making those kinds of informed decisions has driven the need and search for security solutions, as people have realized that in the wrong hands, drones can cause damage and create harm. That security issue is directly tied to the long-awaited beyond visual line of sight (BVLOS) operations approval.Estrada’s prediction for 2018 is that beta drone programs utilizing BVLOS technology will shift to general use applications, adding more drones to the airspace and challenging the definition of airspace command & control. While BVLOS is one of the most exciting areas for the industry and for business, this kind of operation will also complicate and increase questions about who can fly where, and what needs to happen if something goes wrong. Questions associated with specific tools and techniques and how will they work across different vendors and models will start to be sorted out this year.That’s just one of the areas we’ll see anti-drone technology make an impact though. Dedrone also predicts that in 2018, pilots will challenge commercial drone manufacturers to protect their private flight data and personal security.“If you look at something like airline traffic today, you can go online and look at a particular flight that’s in the air and see info about that flight’s location, speed, telemetry, etc.,” Estrada mentioned. “But they don’t see the passengers or pilots in terms of personal information. So questions are already coming out in terms of where is the line drawn with drones, as well as in what we need to know in the interest of public safety, and also what kind of expectation of privacy people can have when they’re operating in the air.”All of these issues that talk about anti-drone or counter-drone technology are directly related to challenges that the industry has been dealing with for a long time now. The interest in these sorts of solutions underscores a different and perhaps more effective way to sort through them, but all of it comes back to creating and enabling an awareness of the airspace. Doing so should be the fundamental concern for anyone considering active or passive countermeasures.“Even if someone doesn’t have malicious intent, it’s feasible a hobbyist could accidentally crash a drone and cause damage,” Estrada concluded. “The first step to securing any type of system is understanding how is it being attacked, or how it could potentially be attacked.”

What Opportunities Exist in the Counter-Drone Market?