With Uber unveiling its first visions for passenger aircraft this summer while retail giants Amazon and Walmart race to lead drone delivery technology innovation, it seems that urban landscapes swarming with consumer-facing drones is quickly approaching.

While there may be plenty of open city airspace for the exponential rise of drone services, there’s one thing that there isn’t space for when it comes to developing efficient and safe urban drone traffic management systems — human error.

In cities that could have tens, hundreds or even more drones delivering medical supplies, packages food in a confined, busy environment, Tim McCarthy, a lecturer at Maynooth, predicts that human operators will have little to do with the rise in urban drone usage. 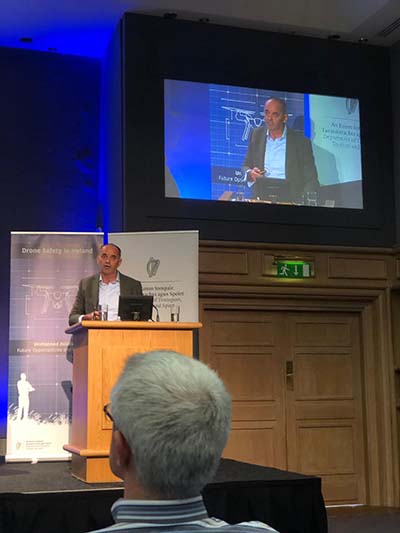 “One of the most challenging environments for drone operations is urban,” McCarthy told Commercial UAV News. “There are predictions that there will be hundreds, if not thousands, of drones operating within cities in the future, which in turn would create tens of thousands of missions per day — we don’t think humans are going to be up to the task.”

McCarthy is the principal investigator on the U-Flyte project, a four-year strategic research partnership, coordinated by Maynooth University and funded by Science Foundation Ireland, aimed at tackling the current global bottleneck impeding the wider development of drone operations and roll-out of commercial services.

The project is also sponsored by multiple industry partners including Airbus, Aviation and Intel.

Of course, these sorts of drone operations are currently limited by worldwide BVLOS restrictions, but the U-Flyte research team is looking to get out ahead of impending operational safety hazards and working to design a totally autonomous air space management system for urban environments.

“To make this significant operational step-change to longer-range dense drone traffic scenario … drones will need to operate beyond visual line of sight — in most cases at least. Therein is the bust,” wrote McCarthy in a recent column for Unmanned Airspace. “For drones to operate BVLOS – assuming a reasonable reliable flying platform – only technology (sensors, connectivity, computation) can keep them out of trouble and ensure these drones fly from A to B safely. In a lot of these scenarios, there will be no need to have a human-in-the-loop and indeed, in some cases, it will have safety implications.” 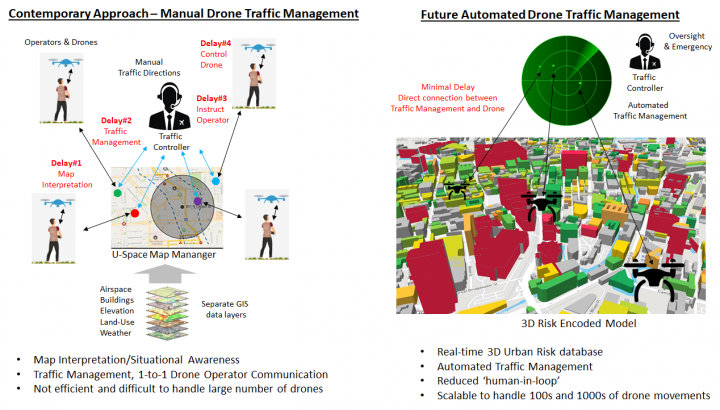 The U-Flyte app and UTM (a prototype and demonstration are available to view on their website) will focus on advanced drone pathfinding software that “optimizes the service outcome for all journeys at any point in time so that you're not regularly stopping drones and preventing them from doing their job,” said McCarthy.

An example of a specific UTM simulation can be watched on the U-Flyte blog.

“And of course, that changes when you’re able to give some drones prioritization over others,” added McCarthy. “With emergency event handling, like say a police or ambulance aircraft of any kind enters the airspace, that area would be automatically cleared.”

The U-Flyte team has managed to run a series of tests at Waterford Airport in Southern Ireland, working within the airport’s controlled airspace on the coast. The proximity to the sea added an extra layer of security in case any of the UTM tests went awry.

The team is currently working on completing an operational version of the UTM simulation so they can then move on to established connections with drone partners to run real-world tests.

"In this sort of research, yes, it’s valuable and necessary to spend time on development on the theoretical side,” said McCarthy, “but once we get out in the real world and are able to run more advanced tests, and that’s going to be the more impactful work.” 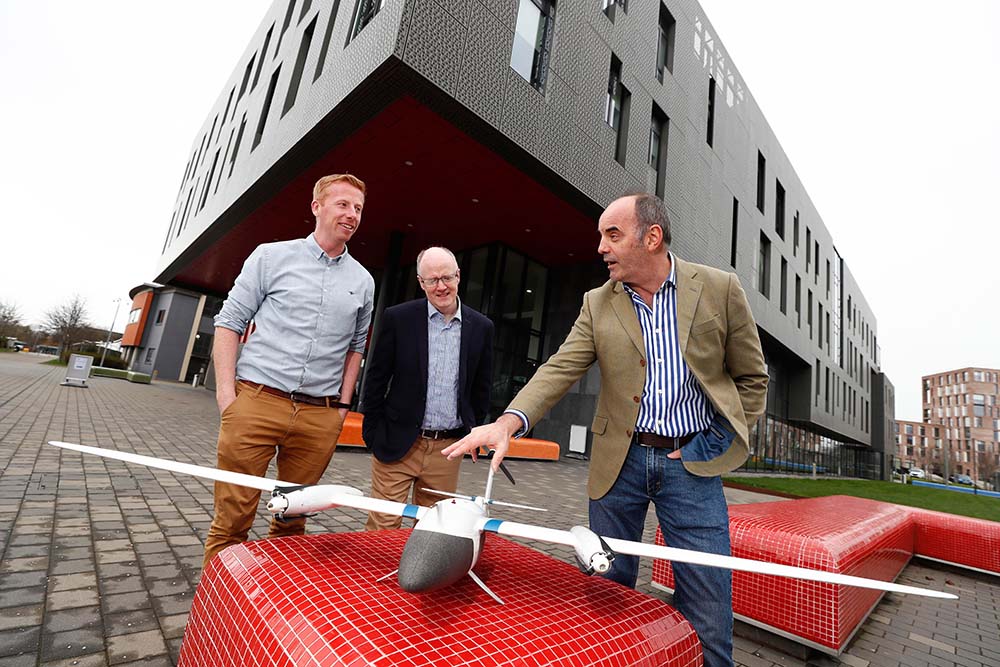 As the team continues its research, it aims to look beyond input from corporate sponsors and government regulators to build a better product, looking to end-users, residential associations the general population to get a feel for what the urban drone landscape needs to look like.

“Rolling out drone services such as Urban Air Mobility across towns and Cities will require building up a working level of trust between drone service providers and residential communities and citizens,” said McCarthy. “And through outreach, we can champion drone use as a technology that benefits the whole city, not just the guy getting his burger delivered on a Friday night.”