As we continue with our look at the most influential people in the commercial drone industry, we’ve begun to see a pattern emerge. While these industry leaders are focused on what it means to take advantage of drone technology today, they are also aware of and concerned with what it will mean to utilize the technology in the future. Drone hardware and software are evolving at an incredible pace, and many have spoken about what it will mean to see this technology turn into just another tool. The most influential people in this space are working to ensure this transition happens in a safe way that makes sense for everyone.

Click here to see Part 1 of the list. Part 2 of our list, which has not been arranged in any particular order, is below. If you think we’ve missed out on someone feel free to get in touch or discover the sort of insights these folks and plenty more will be looking to share at upcoming industry events. 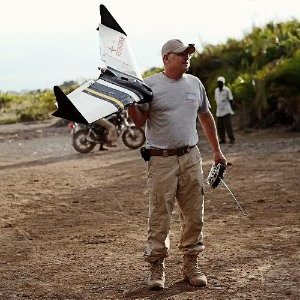 Gene Robinson has been referred to as a UAV search & rescue legend, and it’s hard to argue with that assertion. He manages RPFlightSystems and RP Search Services, and developed the Spectra Flying Wing UAS used for search and rescue operations. Gene began to utilize drone technology for the public safety industry back in 2004, and is responsible for writing one of the first FAA accepted unmanned aircraft COA's for a civilian (county) government. He is wholly dedicated to helping search and rescue professionals see and recognize the power of drones.

Gene has flown the Spectra Flying Wing in Mexico, Africa, Jamaica, and Mongolia along with 29 states in the union. He has directly helped in the recovery efforts of numerous missing people and has proven the utility of the technology in this field. Additionally, he continues to put on multiple day courses and sessions throughout the country for various state agency administrators. These efforts help officials understand how they can and should be leveraging drones.

Gene thinks the legislation and legal activities currently practiced against drones are based on emotion instead of scientific studies, which is why he wants to turn that around and continue educating people on how important drones are and show that there are many benefits from this technology. More and more emergency response professionals are recognizing and understanding what kind of value and benefit UAV technology can provide, and that's an effort he’s helping guide in an active manner. 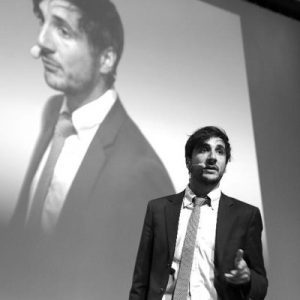 Benjamin Benharrosh is the co-founder at Delair-Tech, a UAV manufacturer and analytics software developer company. The company itself made major headlines in last year when the news about Trimble selling their Gatewing technology to Delair-Tech was announced, which provided a definitive look at the kind of shifts the market has and will continue to see. As the person in charge of expanding Delair-Tech business in US and Canada, he’s at the forefront of the company’s effort to ensure professionals understand what drones can mean to and for their business.

Benjamin has talked with us about what the Gatewing acquisition has meant for the company, how their customers have seen drone technology provide a ROI and the approach the company has taken to establish itself in the United States. Additionally, he’s been a big part of the recent developments for the company which include their being chosen as the accredited supplier to French government agencies as well as establishing a new BVLOS distance record.

Benjamin says he is thrilled to continue working to expand the recent landmark agreement with NIAS on solutions that represent a new era for the commercial UAV market and a better presence of Delair-Tech in the US. The recent news from the company showcases the dedication they have around ensuring professionals can make sense of the technology today and in the future. 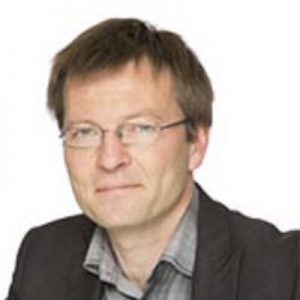 Christoph Strecha is the CEO and founder of Pix4D, a Swiss company which develops and markets software for production of survey grade 3D models and orthomosaics from images. Since their founding in 2011, Pix4D software has been committed to creating professional, geo-referenced maps and models from drone imagery. Their solution is one of the most popular in the industry, and there are a variety of products that are aimed at different markets and professionals.

Cristoph was and is involved in the work of several Commissions of the International Society for Photogrammetry and Remote Sensing. He has authored numerous papers and in 2015 received the Carl Pulfrich Award for his work in computer vision and photogrammetry. He is passionate about structure and motion techniques and city modeling, and their efforts to help users make sense of their drone data will become more and more important.

Pix4D recently opened a research and development office in Berlin, Germany, where Christoph said: “By opening this office, we’re showing in a very physical way how seriously our products are connected to research and development.” He wants his company to continue working on the cutting-edge of technology and serve its clients’ needs. 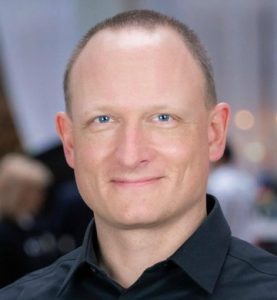 Romeo Durscher is the Director of Education within DJI. He acts as a global ambassador for the safe and effective use of drone technology, which can mean anything from helping the United Nations handle safety challenges in the Maldives to exploring caves in Vietnam. He also works closely with app developers to help them figure out how to best leverage drone technology.

For 13 years, Romeo worked on NASA’s Solar Dynamics Observatory, doing project management, education, public outreach and social media. As DJI’s Director of Education, he advises and educates organizations, industries, government and individuals on beneficial use, incorporation and safe integration of unmanned aerial systems. He’s led and been involved with programs of all types and sizes, which includes sessions such as The Day a Fireman Became a Drone Pilot.

Being able to educate future and current drone pilots while also opening up paths for jobs in the rapidly growing commercial drone industry is something Romeo considers important. An example of that was DJI’s partnership with the Unmanned Safety Institute, where Romeo worked to help provide educators with the tools they need to give students hands-on experiences with this technology in many different industries. He will continue to look for new opportunities and ways to help provide knowledge to everyone about the drone industry. 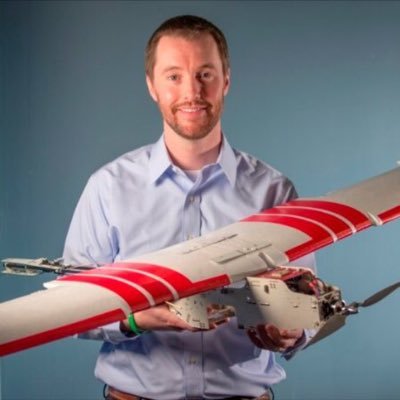 Thomas Haun serves as the VP of Strategy and Globalization for PrecisionHawk. He currently oversees the strategic direction, ecosystem development and commercial performance for PrecisionHawk. He’s heavily involved in the company’s efforts to establish drones as a tool for precision agriculture, oil & gas, construction and plenty more.

With an undergraduate degree in Economics and Mathematics and a Harvard MBA, Haun has decades of experience in building new business opportunities, maximizing financial impact, and identifying maneuvers for global economic trends. He has helped various companies grow partnerships, increase revenue, and securing million dollar contracts. Specific to his work in the drone industry, he’s talked about how important it is to find the right partners and enable collaboration whenever possible, which is a concept that has and will continue to create new opportunities across various industries.

Thomas says PrecisionHawk will continue to focus and provide new and improved analysis solutions in the future. The free subscription for PrecisionMapper is the most recent example of what we can probably expect to see from PrecisionHawk going forward, and the team is excited to see how it will impact adoption for commercial drone users. 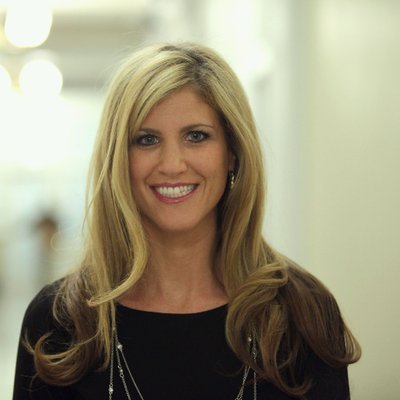 Lisa Ellman is a Partner at Hogan Lovells and Chair of the firm's global Unmanned Aircraft Systems (UAS) Practice Group, which is a group dedicated to helping businesses succeed in the dynamic UAS marketplace. She is also the co-Director for the Commercial Drone Alliance, a non-profit association advocating for the commercial use of drones and supporting and creating value for commercial enterprise drone end users.

As a lawyer and part of the Commercial Drone Alliance, Lisa has helped with pushing policy boundaries forward and get ahead in the fast-changing regulatory environment, and counseling businesses and trade groups on UAS issues in many industries. She also led the United States Department of Justice's (DOJ) effort to develop policy that would govern the use of UAS in the United States, and represented the DOJ in the federal interagency process considering UAS-related policy issues.

Lisa counsels businesses and trade groups on UAS issues in industries ranging from newsgathering and television production, to aerial photography and energy, to precision agriculture and insurance, to higher education, drones technology, and construction — and everything in between. He advocacy efforts will continue to influence what it means to legally operate a drone for commercial purposes.

Lisa will continue seeking to enable the growth of the commercial drone market by helping policymakers to safely and securely push the boundaries of current operational limitations. That includes allowing operations like beyond visual line of sight flight (BVLOS), night operations, and flying over people. 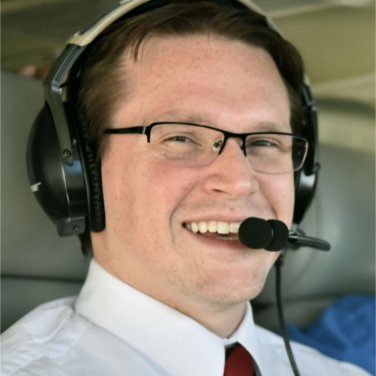 Jonathan Rupprecht is an aviation attorney that focuses on unmanned aircraft. He owns a FAA commercial pilot certificate and two current FAA flight instructor certificates (CFI & CFII). Most recently, he was involved with the Taylor v. FAA case which successfully challenged the FAA’s interpretation of the FAA Modernization and Reform Act of 2012.

Jonathan authored a drone law textbook (with 402 footnotes) that is currently being used at many colleges around the US and also co-authored a legal treatise that was published by the American Bar Association on unmanned aircraft law. He focuses on helping individuals/businesses to understand and navigate FAA rules and regulations.

In the future, Jonathan will continue to provide guidance to help drone pilots be safe, legal, and profitable. He is also working on building out his website to sell digital products, and assist drone pilots in obtaining their remote pilot certificate.