A national symbol in Hungary since it was built, the Széchenyi Chain Bridge spans the Danube River and links the downtown area of Buda and Pest, the two parts of Budapest. Opened in 1849, the bridge has become a symbol of connection and advancement for the entire country, underscoring why an effort to improve the 380m-long, 14.8m-wide suspension bridge was so carefully considered.

Upgrade work began in June of 2021 but the opportunity to capture this cultural icon and preserve it as a digital twin was recognized by the team at Ventus Tech, given their commitment to capturing reality above ground and underwater. Offering 13 different types of output data for their projects, the team puts in a real effort to capturing and delivering what engineers can immediately utilize without having to work through a steep learning curve. While they can capture and provide something as simple as a raw pointcloud or orthophoto, the highest level of processing requires the most complex data capture process, which was the case with data that needed to be captured to create a digital twin of the Széchenyi Chain Bridge.

Under a tight deadline and working together with BIMFRA on a pro bono basis, since the creation of a digital twin of the bridge was not built into the budget, the team had to work quickly to scan, fly and model the bridge using ground surveys, aerial scans and even boats. To operate the drone, airspace regulations in the city and country had to be considered but the proximity of various governmental offices, including the Presidents’ office and the Prime Minister's office, required special permissions. 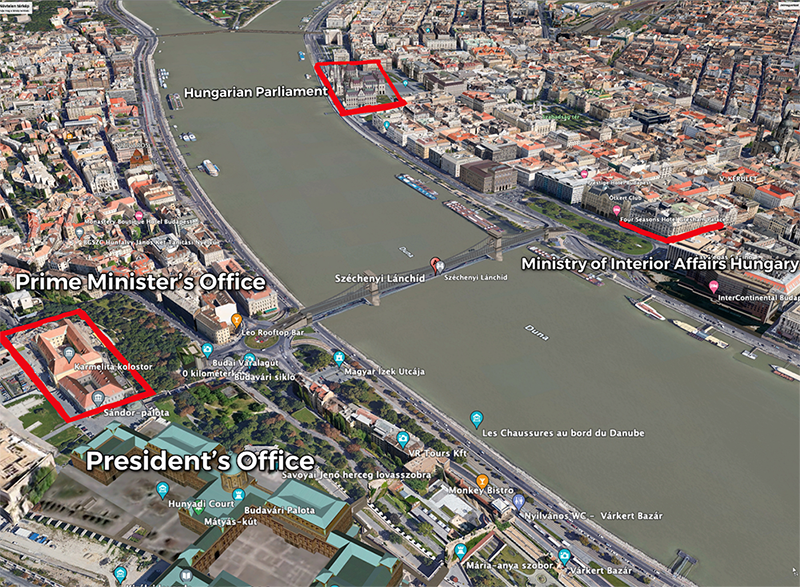 “We had to secure 8 different permits from National Security, Aviation authorities, etc. before we could fly, said Bálint Vanek, CTO at Ventus Tech. “We also wanted to survey the underside of the bridge, so we modified our autonomous boat to mount a camera rig and special GPS equipment on it to capture the data. The river was flooding at the time, so maneuvering in it with the remotely operating boat was a challenge.”

The tight time constraints because of the construction also meant it was not possible to go back and repeat some of the measurements so the team had to make sure they got everything they needed the first time. That meant their choice and use of which drones to deploy needed to be carefully considered.

“We had multiple payload configurations on our DJI M600 Pro - nadir and oblique photos and airborne LIDAR,” Vanek told Commercial UAV News. “The flights had to be conducted from a small takeoff/landing area and the pilot needed special help (extended visual line of site) when flying from one side of the bridge to the other and circling around the piers/columns of the bridge. We had to monitor the protection zones from the important buildings and some part of the flight plan was flown manually while the other with waypoint navigation mode.” 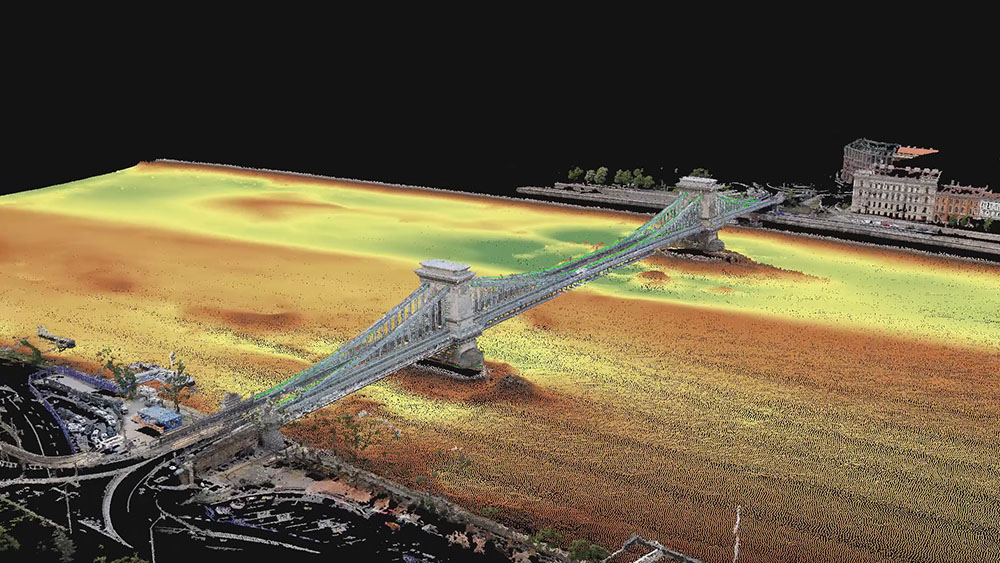 Capturing this data in such a thoughtful and complete manner enabled the creation of an incredible digital twin of the Széchenyi Chain Bridge. The model merges the individual images as well as airborne and terrestrial laser scans captured during the project onto a common platform that enables producing this digital twin model from the 1 cm resolution digital images and LIDAR pointclouds with scale accuracy. Having this model opens up countless opportunities for project stakeholders in both the short term and long term.

“This digital twin model allows you to take accurate distance, area and volume measurements,” Vanek explained. “Assets like lamps, statues, and more can be catalogued with their dimensions easily extracted. The model also allows construction engineers to discover problems that might not be visible from their perspective (like cracks on the underside of the bridge) or geometric distortions in some of the supporting structures.”

Most people understand the convenience of being able to perform such tasks from a remote location, but as COVID-19 has proven, sometimes being able to so is necessary. Not only that, but with the digital twin model that now exists, the construction company can use it to guide future bridge reconstruction projects so that the whole design and build process will be guided by BIM. 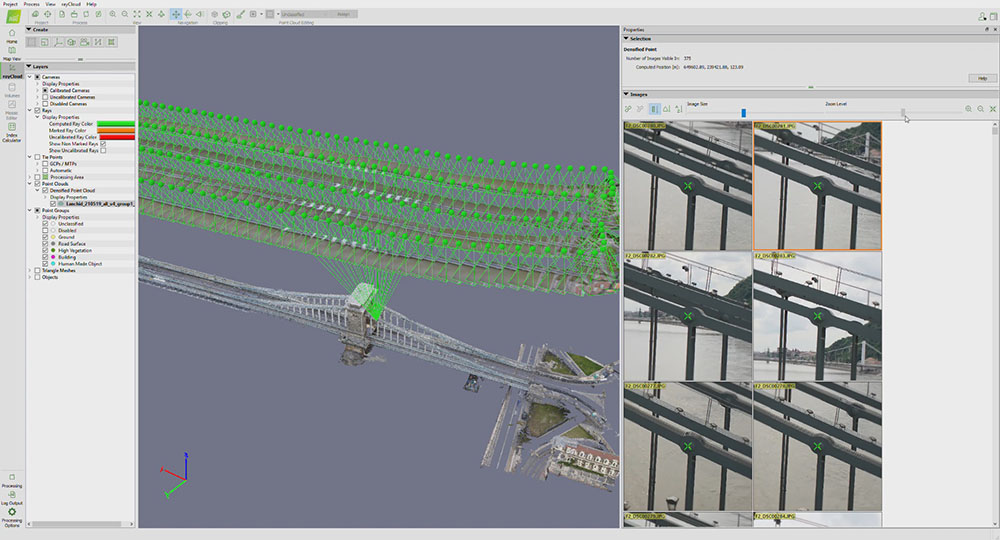 The advantages and opportunities that digital twin models are enabling are better understood than ever but the challenges today are mostly related to how someone should go about creating them. Quality end results require the capture of high-quality data via tools like drones, but this is not where the exploration of the technology should begin. The reality is that capture tools like drones should come after an assessment of deliverables and an understanding of how drones will create value on a given project.

“Understanding the needs of the post-processing and its workflow is essential but I’ve seen construction companies and design offices get caught up with the drone itself,” Vanek said. “They’ll purchase a drone and expect that can just create the kind of asset you see in the video, but their inexperience with the equipment and system produced low-quality results that are useless. You have to know what you’re doing with this technology on every level, which is part of the reason we performed a number of test runs with our boat and equipment at a bridge outside of the city. “You never want to improvise or guess what info a drone is going to capture or not know how that data is going to be used. Anyone with a challenging project should reach out to a professional team like us, with years of experience and proven solutions.”

Click here to see the video of the digital twin model of the Széchenyi Chain Bridge or watch it below.