The advantages associated with gathering data from the air via a drone are well understood, but the logistics of mounting a LIDAR unit onto a drone proved to be challenging for many users. That’s part of the reason 3D Target developed a solution which would allow professionals across the world to easily capture the detailed information they’d need for projects that range from a survey of a highway tunnel to the survey of a landslide. 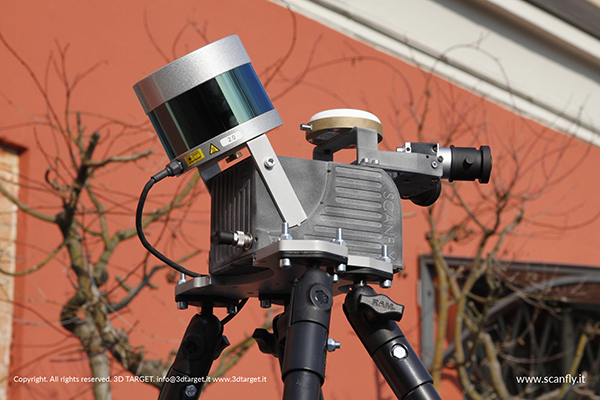 First launched in 2016, Scanfly is a payload LIDAR unit from 3D Target which simplifies the user experience without sacrificing the system performance. It can be easily installed on most of the drones that are currently available on the market due to its compact shape and weight. Critically though, it can also be easily installed on a backpack or vehicle, which ensures users have options when it comes to where and how they utilize the technology.Scanfly's hardware consists of products 3D Target has a great familiarity with, such as the Velodyne VLP-16 real-time laser scanner and RGB cameras. On the software side, Scanfly is able to combine real-time GPS information with onboard instrument measurements so that users are always dealing with geo-referenced data. It’s data they’re able to view and utilize regardless of whether the unit is installed on a drone, on a car or on a backpack.The LIDAR technology and the double return of the scanner allows, in the case of aerial measurements, users to discriminate details like the tops of the tree from undergrowth to obtain automatically accurate measurements. The multiple profiles of the scanner strongly reduce the shaded areas by speeding up the mapping of the road or landscapes with important repercussions also for saving time in the field and the office.“In our opinion, Scanfly is a real breakthrough because it helps users take advantage of LIDAR capabilities no matter what type of platform they’re using,” said Paolo Girardi, 3D Target’s CEO. “We’ve been able to come up with a light and versatile product that, thanks to the many options, is compatible with the requests of research institutes, universities, design firms, large companies, surveyors and public administrations.”Users will be able to further examine and explore this solution at the Commercial UAV Europe conference in Amsterdam (10th-12th April 2018), where Scanfly is set to reveal a few important updates and integrations that are set to make the tool even more versatile and powerful. Their main announcement is centered on the integration of the new VLP-32C Velodyne LIDAR that carries 32 channels, up to 200m range with up to 1.200.000 pts/sec. Critically though, and even with all these additional capabilities, the weight of the whole system is under 2kg.Later this year, they’ll unveil additions to the Scanfly Family, and have something special planned for Commercial UAV Americas conference.Visit 3D Target at Commercial UAV Expo Europe, booth 403.