What Drone Operators Need to Know About the Expansion of LAANC

We’ve explored what LAANC (Low Altitude Authorization and Notification Capability System) opening up the sky means for commercial drone operators in the present and future, and it’s nothing short of a game-changing development. The ability to receive automatic approvals to operate in controlled airspace is something professionals have been asking the FAA to enable for a long time now, and it’s easy to see how the model they’ve created with LAANC could be expanded to easily enable other types of operation that are not currently permitted under Part 107.

That potential development is especially exciting to consider in light of the recently announced expansion of LAANC itself, as the FAA is set to conduct a nationwide beta test that will deploy LAANC incrementally at nearly 300 air traffic facilities covering approximately 500 airports. These capabilities will be rolled out across the United States in the following areas beginning on April 30th:South Central USA     April 30, 2018Western North USA    May 24, 2018Western South USA   June 21, 2018Eastern South USA    July 19, 2018Eastern North USA     August 16, 2018Central North USA     September 13, 2018 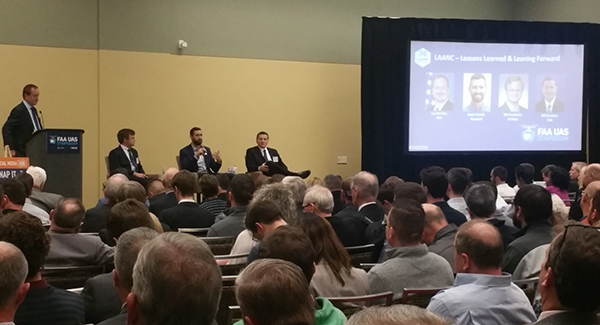 How a Truly Scalable Drone Economy Will Transform Our Lives

What LAANC Opening Up the Sky to Drones Means for You