Over the course of 2018, Commercial Drones FM podcast host Ian Smith connected with countless thought leaders from across the drone space to explore where and how the technology is making a difference. The insights he discussed with Adi Singh from Ford, Greg Agvent from CNN and George Mathew from Kespry were especially notable, but his “Too Hot For Snot” episode is probably the best example of what it can mean to use drone technology in a way that is an innovative as it is influential.

How that innovation and influence will further play out in the drone space in 2019 is a topic that many are curious about, especially with so much uncertainty regarding everything from regulation to exactly how drone adoption can impact the bottom line for a company. The conversations Ian has had throughout the year made him the perfect source to explore what’s in store for individuals and organizations with drone technology in 2019. Jeremiah Karpowicz: You’re seen firsthand how drones are making an impact in the construction industry, and we’ve seen companies quantify the value the technology represents. Do you think that will lead to an exponential growth of drones in this sector? 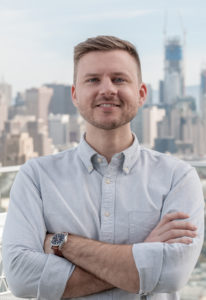 The Past as Prologue: What Can the History of Mobile Networks Tell Us About the Future of UAS?

The Past as Prologue: What Can the History of Mobile Networks Tell Us About the Future of UAS?