There is no topic that’s of bigger concern to commercial drone operators in the United States than FAA regulation. Part 107 opened a lot of doors and created countless opportunities, but questions about when the FAA will permit operations over people, at night and beyond visual line of sight (BVLOS) remain pervasive as ever. Will 2019 be the year we see these types of operations removed from the waiver process? Will a path toward doing so finally take shape? 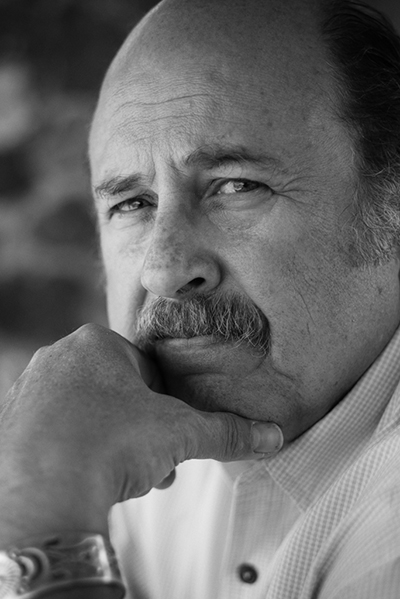 There are few people better to explore that topic with than Christopher Korody, founder of DroneBusiness.center. His analysis of the commercial UAS business is delivered every Saturday morning via his Dronin’ On newsletter. It’s required reading for anyone who wants to understand not only how things are taking shape with FAA regulation, but what sort of an impact that will have on commercial users. As he says, he tries to connect the dots. Jeremiah Karpowicz: What sort of rules and updates should we expect to see from the FAA in 2019? Christopher Korody: There are a lot of very specific things that “should” happen, but it’s really tough to say what we’ll see in 2019 because there’s also some uncertainty.I wrote about much of that in my Great Expectations, 2019 Forecast Issue, which was a double issue because there was so much to get to. The Reauthorization is a really fat bill, and the FAA has an overwhelming number of things to do on multiple fronts – not just UAS. How resources get prioritized is a concern. Budget is a concern. As is what they prioritize to do first, second and never. As well as announced changes in management.The transition from Administrator Huerta to Acting Administrator Elwell was pretty seamless from the outside. They maintained momentum and were “open for business” in two months, but the Acting Administrator is in a tough spot. We don't really know what's going to happen, except that he has withdrawn his bid for the permanent job. That's got to impact decisions being made across the department. Who knows for how long.We also have the transition at the sUAS level which may turn out to be a bigger deal, because Earl Lawrence spent a few years getting to know everyone, and everyone got to know him, so that’s a big loss. The good news is that the new Executive Director of UASIO, Jay Merkle, worked on LAANC so he’s definitely gotten his feet wet.Moving from people to regulation, everything starts with getting a Remote ID rule in place. The ARC made a lot of recommendations but that’s over a year ago now. What are they going to come up with? That’s the real question because once that happens, we’ll see a domino effect across the space. Everything hangs on that. If it gets through the NPRM in 2019, we'll have made some good progress. It sounds like there’s a lot of uncertainty about what we will or won’t see from the FAA in 2019, which might be a bit unsettling to some commercial operators. Should that uncertainty impact business concerns around adoption in 2019?I don't think so. People should move forward with the understanding that 2019 is going to be another year of what I have taken to calling the “Waiver Nation.” It could easily extend into 2020, maybe 2021. The Transparency section in the Reauthorization should help a lot of people get more basic waivers approved. What’s exciting is the waivers that are being granted for extended operations. People are getting smarter about writing them to get approval, and we’d all like to think that the FAA is getting smarter about reviewing them.If you look at BNSF, which is a showcase of what BVLOS might look like, you can see how much equipment, manpower and money needs to go into it. I don't think most people are ready to gear up to that level, and even if the commitment and ROI is there, it takes awhile to put all of the pieces together.Right now, you can develop SOPs and CONOPS. You can secure Part 107 waivers. All of that is essential work that people can do in the current regulatory environment.

You’ve written a lot about standards, and have even detailed why standards will be critical to UAV adoption. What do you think we’ll see for standards in 2019? Thanks for the mention – that’s the first piece of mine you published! I think we're going to see a lot of standards in 2019 from a wide variety of US and international groups. American Petroleum Institute, NATE, ANSI, ASTM, SAE, CTA and many others including government agencies like ICAO and EASA. As I have been writing for some years, I believe that many of these standards must be developed by verticals in order to capture the needs of specific types of operations.I think that the publication and adoption of standards will create a lot of discussion. Some will provide a basis for benchmarking which is something that corporate managers are usually interested in doing. Beyond regulation, anything you think will dominate the headlines in an especially big way in 2019? A new industry trend or perhaps something from the IPP?Well, there’s CUAS and as you and I are talking, we are in the middle of the shutdown at Gatwick. What’s happening there is unprecedented – it’s being called a deliberate act, and at this point it’s like a siege. Hundreds of thousands of passengers are being disrupted and right now the entire government appears helpless to do anything about it. Just imagine if that happened here. I don’t see how this can’t amp up the pressure on the FAA and DHS – the Reauthorization has given them a lot of authority.I’d like to think that we will start to get some insights into the IPP programs by the end of 2019. It's a three-year program, and we should get some idea of what is working and what isn’t. I am particularly interested in how the delivery programs go, since there is a huge issue of public acceptance that will be put to the test.What I’m really looking forward to is a continuation of something I saw at the shows this year, which is what I call professionalization. People are realizing that running an ongoing air operation that supports an enterprise, and provides valuable data on a consistent basis, is a serious undertaking. It requires a high level of attention and professionalism. The operations will up-level, and with that will come the demand for more reliable gear, better software and better security. And as much as I admire DJI, I think a lot of people would like to have more choices for any number of reasons.The FAA Reauthorization has provided the roadmap that everyone was asking for. Now it’s about execution. It’s all good, and it’s all part of the industry maturing. Of course the surprises will come from places that you and I don’t even have on our radars right now. Which is what makes it fun.