An Update on Drone Regulation and U-space Integration in Europe

We’ve explored EASA’s (European Aviation Safety Agency) efforts to streamline UAV regulations and approval processes across Europe, and their work with SESAR (Single European Sky ATM Research) to coordinate and concentrate all EU research and development is set to open up the skies for commercial drone operators across the continent. Much of that will be opened up account of the U-space blueprint developed by SESAR that aims to enable complex and potentially automated drone operations in a variety of environments in a safe and organized manner.

Europe’s regional U-Space initiative is similar to the unmanned traffic management (UTM) system that we’ve discussed in detail. Essentially, U-Space is close to a smart city concept: an environment that allows drones to provide dedicated services while being seamlessly connected with other devices in the air and on the ground. This connected ecosystem where drones and additional vehicles will be connected to serve a variety of roles and tasks is one that GUTMA (Global UTM Association) is very focused on helping to enable. They’re dedicated to the safe, secure and efficient integration of drones in national airspace systems. Their involvement with a recent demonstration of how drones can be safely and efficiently integrated into the existing airspace could change when U-space could be rolled out, especially in light of the milestones that the SESAR blueprint have outlined. 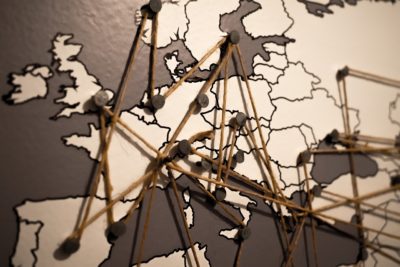 Will Everything Come Together in 2019? Sebastian Babiarz from AirMap is part of the GUTMA board of directors, and as such has been actively involved in the effort to figure when this U-space ecosystem can become a reality. Many of those efforts are currently focused on reaching the milestones that have been set for U-space development based on the SESAR blueprint. The EU has said they want to be up and running with this setup by 2019, but hitting that deadline is going to require a concerted effort on the part of stakeholders throughout the continent.“The expectation is that U-space is going to get switched on in 2019, but there are still a lot of questions about how exactly that is going to work,” Babiarz told Commercial UAV News. “EASA and SESAR made this road map, but we still need to figure out exactly what that looks like for member states and European Union. Some of it is going to be dependent on demonstrations that need to take place between now and the milestones that have been set up for 2019.”The first two of those milestones have been designated U1 and U2. U1 is the one set to be enabled by 2019, which will see basic services like registration, e-identification and geo-fencing. U2 is currently set for 2021, when further capabilities like flight planning, flight approval, and dynamic airspace awareness are set to be engaged. Milestones and deadlines associated with U3 and U4 have also been established, but the demonstrations that Babiarz mentioned are the focus in the short term, since they will directly impact whether or not this ecosystem becomes a reality in 2019, or sooner. Demonstrations and Business OpportunitiesAt the recent High Level Conference on Drones, a declaration was declared which, among other things, called for the establishment of a European U-space Demonstrator Network. This network would consider demonstrations that cover all aspects of drone operations and be developed in close collaboration with local authorities, all of which underscore how important such demonstrations are in the creation of the U-space.“One-day demonstrations are great, but they need be able to transition into long-term pilot programs,” said Babiarz, who was a speaker at the High Level Conference on Drones. “These demonstrations should enable a longer process of engagement. This is what we’re looking for, and it’s what the commission and SESAR are focused on. They're trying to create programs where the different stakeholders can come together to prepare demonstrations and then create business opportunities.”The importance of the role that private-public partnerships play when it comes to these types of demonstrations cannot be understated, and there is a concerted effort to support SMEs and new entrants with the proper funding. Skyguide and their project partners - which included AirMap, SITAONAIR, senseFly, Intel and PX4 – showcased what these demonstrations can mean in terms of creating these business opportunities and potentially moving up that 2019 milestone. 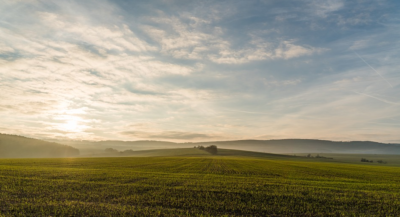 Opening Up the SkyMany of the individuals and organizations that have invested their time and resources into the development of U-Space contend that U1 and U2 services could be enabled right now. It’s something that was recently demonstrated in Geneva with Europe’s first live demonstration of sophisticated U-space capabilities, which proved that the right software already allows operators to do identification, submit flight plans to the proper authorities and utilize geofencing - no additional hardware required. We may not need to wait for 2019 to open up the European sky, because the technical capability to do so exists right now.“We triggered a lot of discussion in the European Commission with that demonstration,” Babiarz said. “We were able to open people’s minds about what is possible today – we can do U1 and U2 without any extra effort from the drone manufacturers in terms of creating additional pieces of hardware.”The good news is that such demonstrations are being noticed and things are speeding up. Violeta Bulc, European Commissioner for Transport, connected with stakeholders at the recent conference and seemed open to creating a much more flexible regulatory environment. “The months ahead will be crucial, but I am confident that the Helsinki Declaration will give us the necessary impetus. It sets out a clear and common strategy endorsed by the entire sector,” she mentioned. However, she also wanted to make sure that moving faster wouldn’t bring the industry down a blind path that will create additional problems.A framework for demonstrations like the one performed by Skyguide and their partners was identified as a critical need in these meetings, and GUTMA offered to be an orchestrator for future demonstrations like the one that took place in Switzerland. That said, doing so might be difficult since SESAR is partially playing that role right now, but the fact is, there is no centralized entity that’s collecting and sharing demonstration information, which has led some to question whether or not the 2019 milestone is going to happen. A dedicated effort to coordinate the results of these demonstrations so that information can be efficiently collected and distributed will enable this ecosystem to come together by 2019 or sooner to truly open up the skies across Europe.Stay tuned to updates from GUTMA around how their efforts to coordinate these efforts continue to take shape.