Safety is often pointed to as one of the key benefits that drones provide in commercial scenarios. But what does it mean to measure or quantify those benefits in a way that makes sense to everyone?

Ultimately, the how of this safety benefit is easy to understand. By using a drone to fly up to a height or into a confined space, inspectors can see the conditions there without having to be there themselves—which means they’re safer, because they’re not physically endangering themselves to collect the visual data they need.

For a cell tower inspector, for instance, this could mean spotting a wasp’s nest and alerting the maintenance crew so they know to proceed with caution. And for an inspector at a nuclear power plant, this could mean flying into an irradiated area to look for cracks in the concrete so that they don’t have to enter it themselves.

Inspectors primarily use drones to conduct visual inspections, which is an inspection in which an inspector visually reviews the conditions of an asset, like a boiler or a cell tower, to look for signs of damage. These are by far the most common types of inspections performed with drones, and in general, for that matter.

New drones are helping inspectors collect other types of data too, helping to push the boundaries for how drones can help keep inspectors safe. One example is Flyability’s Elios 2 RAD, an indoor drone made to carry a radiation sensor (or radiation detector) that was created just for inspections at nuclear stations.

The Elios 2 RAD can carry three different radiation sensors, allowing it to detect a range of radiation intensity. Without a drone like the RAD, inspectors would have to enter an irradiated area and collect that data in person.

“Over 80% of U.S. nuclear operators already use Flyability’s indoor drones for their visual inspections," said Alexandre Meldem, VP of Sales at Flyability Inc. "But engineers also want high quality, actionable data about radiation dose so they can reduce radiation exposure even further. Using a drone to collect this data remotely, nuclear personnel can avoid even more potential exposure.”

Before we look at the safety implications for new types of sensors on drones, let’s take a step back and look at how we can measure the safety benefits for visual inspections, which present by far the most common use cases for drone inspections.

While we can easily conceptualize how drones help make people safer, we don’t often see data backing up the idea. 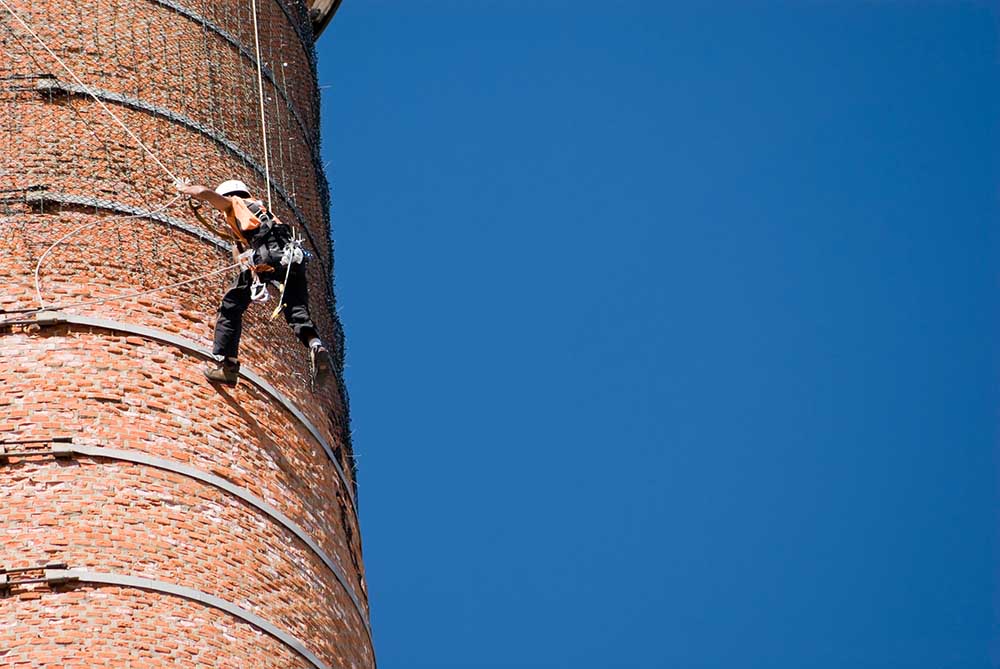 All of these activities—confined space entry, rope access, and work on scaffolding—are required for internal inspections.

To do these inspections, inspectors must climb through manholes or other narrow entryways to get into the confined space. Once inside, if the interior is huge—which is often the case, with some boilers and tanks reaching heights of 100 feet or more in the air—they must then stand on scaffolding or use ropes so they can visually review the interior of the asset, climbing around to ensure full coverage for their visual inspection.

Across industries, caged indoor drones like Flyability’s Elios 2 have been helping companies eliminate the need to expose inspectors to these dangers. Because the drone is protected by a cage and made to be collision tolerant it can fly into internal, hard-to-reach spaces and collect high quality visual data that meets the standards required for many types of inspections.

If internal inspection work accounts for half of the statistics listed above, we could say that half of those injuries and fatalities could have been prevented from using a drone instead of a person. And that’s just in the U.S.

(We should note that maintenance work—the work done to address the damage found by the inspector—still requires a person to go into the asset, but we may have robots to do that kind of work as well before too long.) 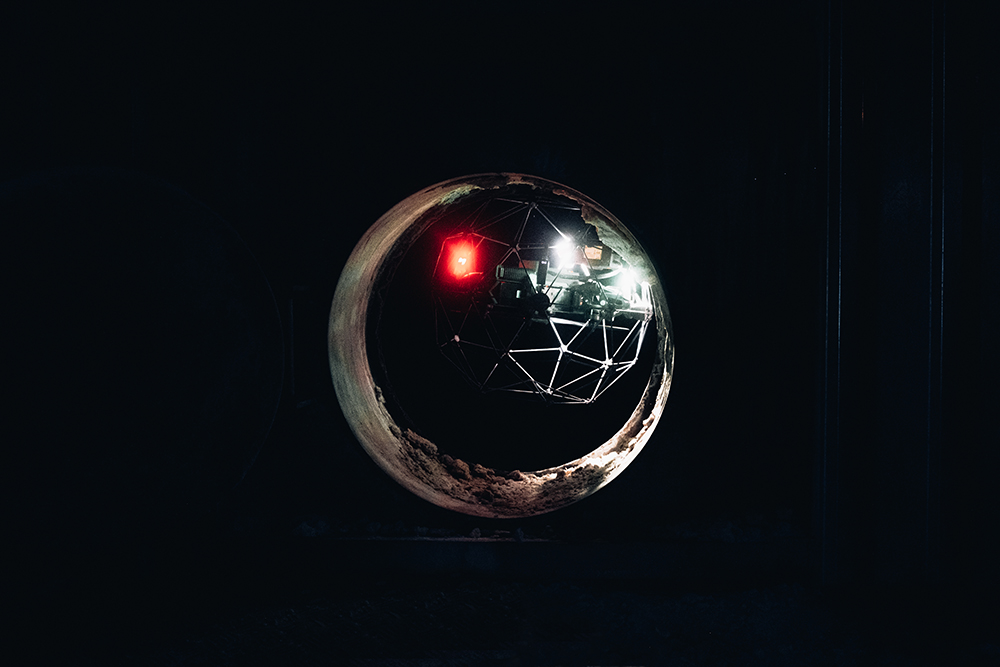 Inspections in nuclear power plants present a dramatic instance of how drones can make a big impact on safety.

In the nuclear sector, it is an accepted fact that engineers and inspectors will be exposed to some amount of radiation every year. Even though it’s impossible to completely eliminate this exposure, nuclear plant operators have to do everything they can to reduce it. It’s something they’re literally compelled to do, as reducing exposure is actually a legal requirement.It’s encapsulated in the acronym ALARA, which stands for As Low As Reasonably Achievable.

According to ALARA, nuclear operators have to take all the steps they reasonably can to reduce radiation exposure for the people they employ. Under ALARA, a reduction in exposure of even just a few minutes would be worth pursuing. This concept is why nuclear plants have been some of the earliest adopters of drones and other types of robots in their work—using new tools to reduce radiation exposure is not only attractive to nuclear operators, it’s also something they’re compelled to do by law.

That’s part of the reason that over 80% of U.S. nuclear operators use Flyability’s indoor drones for their visual inspections. Drones make nuclear personnel safer is by allowing them to put distance between themselves and the area being inspected, which in turn reduces the amount of time they have to spend in potentially irradiated areas. But how can we measure the impact drones have on safety in the nuclear sector?

By calculating the amount of hours people did not have to be exposed to a potentially irradiated environment. Here are the results from a recent inspection of a nuclear containment building using drones instead of people:

300 hours of work is a huge amount of work saved, and it was accomplished by using drones to fly along the containment building, collecting visual data that was then reviewed by a certified nuclear inspector to complete the inspection.

Containment buildings are massive structures. To inspect them visually, inspectors often have to use scaffolding, ropes, and cranes to make sure they’re getting full coverage. 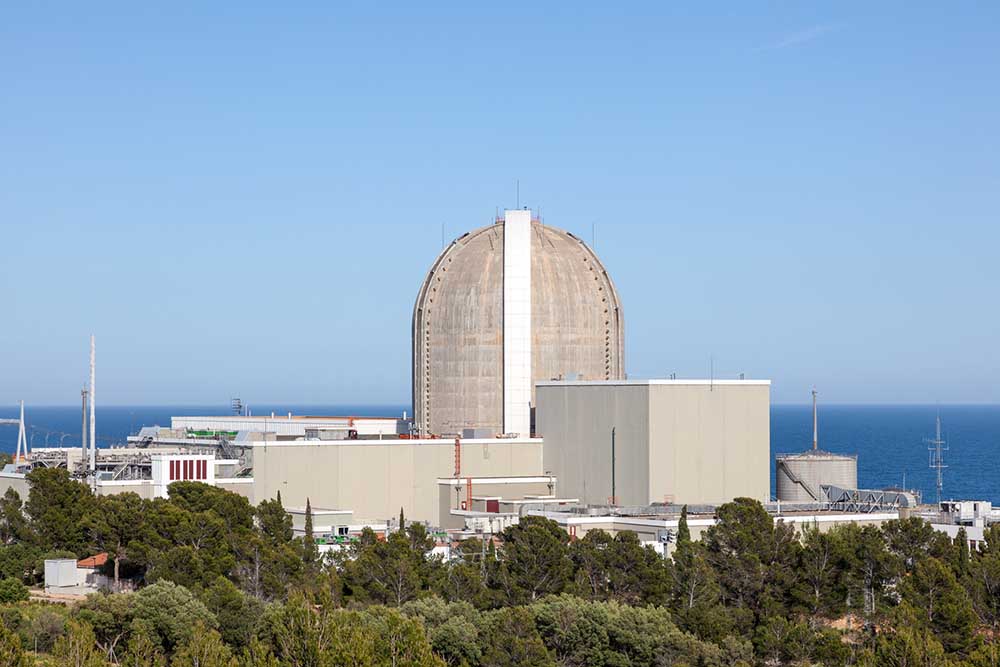 But none of these potentially dangerous tactics was required. Using a variety of drones, including Flyability’s Elios 2, inspectors were able to collect all the visual data they needed to satisfy the inspection requirements.

In addition to the safety benefits, all of the time saved represents huge potential savings for nuclear operators.

The time it takes for an inspection and maintenance process to take place is called turnaround time or downtime, referring to the time in which the entire plant is shut down for this kind of work to take place. Doing inspections with drones can cut down turnaround times by anywhere from 30%-90%—resulting in millions of savings.

To give you an idea of how much can be saved, a typical nuclear reactor can generate energy equivalent to about $2.3 million per day. This means that it’s no exaggeration to say that every extra minute a plant is offline represents lost revenue, and that drones can literally save companies millions by shortening these windows of time.

Radiation data from the Elios 2 RAD can be used to help nuclear plant administrators plan their in-person operations even more precisely. By knowing exactly how much radiation is present in different locations, nuclear personnel can fine tune their efforts, further reducing exposure and pushing the boundaries of ALARA compliance. 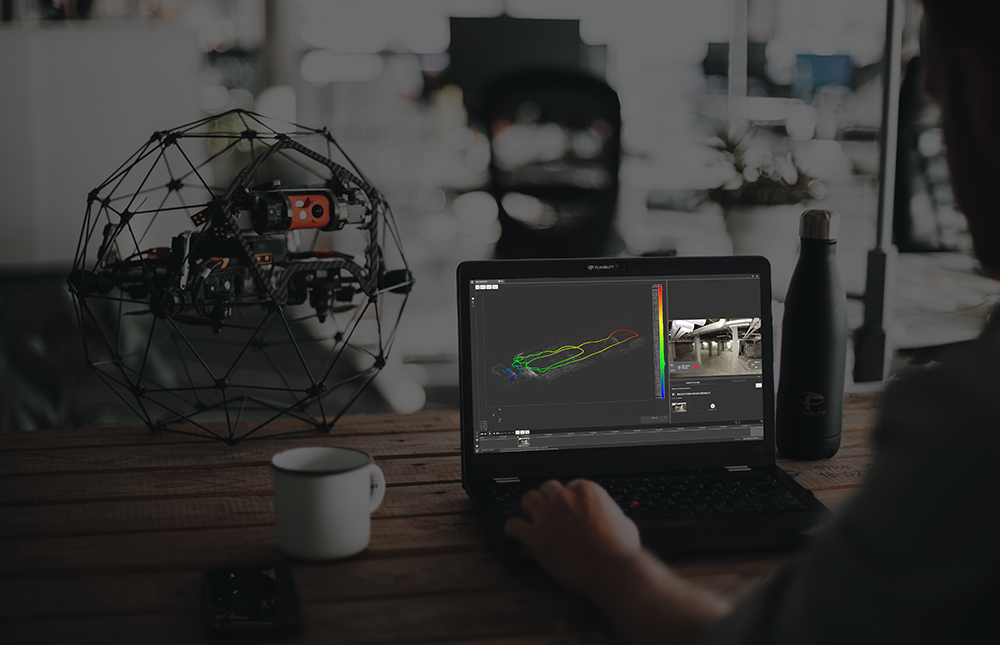 The Elios 2 RAD can live stream accurate radiation data while in flight, allowing nuclear plant personnel to see a histogram from the last minute of radiation measurement captured in flight.*

Inspectors can use the Elios 2 RAD to:

*Measurements have a sampling rate of two seconds, which indicate the maximum threshold present.

After the flight, inspectors can use the radiation data they collected to map the dosage present with a given area.

These radiation maps can be used to:

All of this extra data translates directly into less radiation exposure for plant personnel, supporting ALARA efforts by reducing the amount of time people need to spend in irradiated areas.

As drones adoption grows, the potential for improving safety in the nuclear industry is huge. The more types of data that inspectors can collect remotely, the more they can avoid exposing themselves to danger, presenting a clear example of drones doing good in the world.

Ultimately, safety isn’t about metrics or statistics. It’s about keeping people out of harm’s way so they can go back home at the end of the workday. That's something the people on both sides of drone technology are committed to prioritizing and quantifying.

“Our core mission is to keep humans out of dangerous places," Meldem mentioned. "Every time a drone helps an inspector collect data remotely—whether it’s visual data, radiation data, or some other kind that might be enabled by new technology—it means that a person didn’t have to put themselves in potential danger to collect it.”

To hear more from Zacc and learn more about how drones are making an impact to safety and more across the entire energy sector, listen to Episode #8 of the Beyond Part 107 podcast, "Drones in Energy & Utilities: Defining a Successful Program."

Zacc Dukowitz has been reporting on the drone industry since 2016, when he began writing for UAV Coach. He currently works as Flyability's Content Marketing Manager, where he writes case studies, articles, press releases, and in-depth guides about drones and NDT inspection methods, as well as heading up Flyability's ongoing webinar efforts. Zacc continues to write for UAV Coach, where he reports weekly on breaking news in the industry.