For years now we have been hearing the news that established aircraft manufacturer giants such as Airbus, Boeing and Embraer are investing millions in the development of non-traditional aircraft known as electric vertical takeoff and landing (eVTOL) and that these vehicles will be part of a transportation revolution known as urban air mobility (UAM) or advanced air mobility (AAM).

In parallel, many new startups have launched dramatic and sometimes stunningly beautiful designs aimed at competing with the “big boys” in what promises to be the new aviation frontier. Every single one of these new proposals, with few exceptions, is based on a purely electric powerplant and the use of massive batteries to sustain flight.

The problem with that proposal is that energy emanated from a battery has certain limitations in terms of temperature as electricity is drawn from its cells. Aircrafts are notoriously demanding on energy on the first and last phases of flight, takeoff and landing respectively. Cars are a different story and because they do not have to fight gravity 100% of the time, their battery requirements are less stringent.

In order to elevate a two-ton aircraft with four passengers on board vertically, the engines will have to go to full power and the battery will have to deliver at its peak, thus generating high temperatures as a gazillion electrons travel from the battery to the motors at high speed.

So, how are companies addressing these temperature peaks in flights that are supposed to be short in nature? In order to learn more about the capabilities of eVTOL aircraft today, we reached out to Joby Aviation and Archer Aviation for their take.

ARCHER: Archer is developing an eVTOL aircraft that can carry 4 passengers plus a pilot for trips up to 60 miles at speeds of up to 150 mph in a safe, accessible, and sustainable manner while producing minimal noise. They view their aircraft as a tool for urban mobility with average target route distances of around 25 miles and the ability to navigate the fabric of cities with its vertical takeoff and landing design. 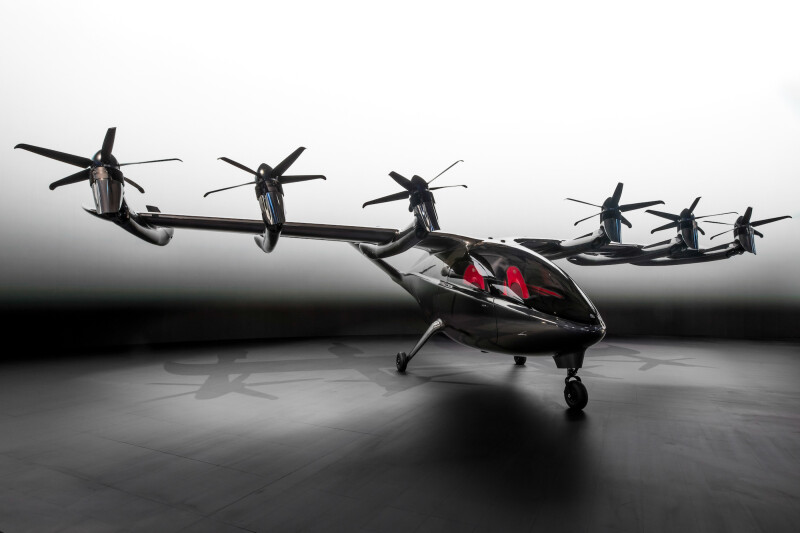 JOBY: The range of the Joby aircraft is 150 miles. In July, they flew their full-size prototype vehicle more than 150 miles on a single charge, including a vertical take-off and landing. The gross weight of the aircraft is 4,800 pounds, and it will carry a pilot and four passengers. Here is a video that details the flight:

ARCHER: With regards to battery recharging or swapping, there are two different paths OEMs (Original equipment manufacturers) are taking—recharging (this is Archer’s planned strategy) and battery swapping (Volocopter, for example, has this strategy) where batteries will be replaced with fully charged batteries after every flight. For Archer, battery exchange will be a process that happens during standard maintenance cycles rather than after each flight.

JOBY: They purposefully set out to have a recharging solution rather than swapping batteries for each journey.

ARCHER: They were unable to share more information on this topic at this time.

JOBY: In their official communication to us they said they were not aware of any issues with battery temperature. In information released on testing so far, the battery is performing well. They have recently flown more than 150 miles on a single charge and have demonstrated more than 10,000 representative rapid charge cycles on the bench with the same cells.

ARCHER: They are using the Meru battery. The Meru battery is designed to scale Archer’s future needs and features 74 kWh energy; 672 kW max power; and a cell voltage of 2.9V – 4.4V all while being carbon neutral. Further, the batteries have high safety and reliability, are designed to meet aerospace certification standards, and have no catastrophic single points of failure.

JOBY: When providing the answer for this question, they said it is really important to recognize that Joby can achieve their stated mission with today’s batteries. They have not announced the supplier, but the exact same cell is already in use in automobiles today. Their cell utilizes a Lithium-Ion cell with 811 NMC cathode and graphite anode.

ARCHER: Recharge times will vary based on different factors like the capacity of the power grid in a given city, but they are actively engaged in efforts to develop vertiports and accompanying recharging infrastructure to support a high volume of flights on a daily basis. Additionally, since they are focused on short-haul, intra-city transportation, they will not necessarily need to recharge their aircrafts between every flight. According to their response, they are leveraging cutting-edge technology, like Prime Radiant software, to determine optimal routes and ensure route planning is as efficient as possible, which will further enhance their ability to minimize charging times.

JOBY: The time it will take to recharge the battery will depend on its depletion.  There will be missions where no recharge is needed and the aircraft can continue to its next destination regardless, the recharge is designed to be quick. To put it in context, Joby has demonstrated they can recharge a battery following a typical 25-mile journey quicker than it takes to deboard and reboard passengers.

There are many other innovative companies such as Lillium and eHang that are approaching the market from radically different angles. While Lillium uses jet engines powered by batteries, which will initially have a pilot, eHang uses traditional propellers but they want to start unpiloted, autonomous flights from day one.

On the other side of the spectrum is a company that we recently featured in this column, Paragon VTOL, that believes that purely electric UAM is not feasible and advocates a hybrid model, using a small internal-combustion engine to generate the electricity to power the engines.

Whatever you believe is feasible or not, one fact remains unchanged: these flights are still all in the experimental stage and no regulator around the world has authorized regular, scheduled flights on non-traditional aircraft, regardless of route or duration. EHang has signed agreements with various cities worldwide for test flights around certain monitored routes, but they have also invested a lot of resources into proving unpiloted flight in closed circuits, especially in large stadiums where passengers board the aircraft push a button and are flown to the other side.

All these different approaches by the many players entering the space and the ensuing tests to obtain certification from the FAA (Federal Aviation Administration) and EASA (European Aviation Safety Agency) have only strengthened the belief that this new industry of air taxis is here to stay. At the end of the day, whether they are all electric and non-piloted is irrelevant. The market will take care of the details. The fact of the matter is that this new method of transportation is sorely needed in urban centers where capacity to accept more cars is reaching a critical point and where helicopter costs need to be reduced by an order of magnitude.

We will continue monitoring this exciting industry and reporting accordingly but rest assured that big changes are coming our way in terms of non-traditional approaches to air transportation.

Is Urban Air Mobility Destined to Be an Elitist Service?