Underground Surveys and Inspections with Drones

Flying a drone in confined locations isn’t an easy task. It requires piloting skills, and previous knowledge of the surroundings. But what happens if you need to fly a drone where there is no GPS, no light, and humans can’t go? A new drone certification program from Flyability will help provide Elios drone owners with a way to assess their piloting skills in these kinds of situations, but that’s just the first step for organizations looking to adopt the technology. 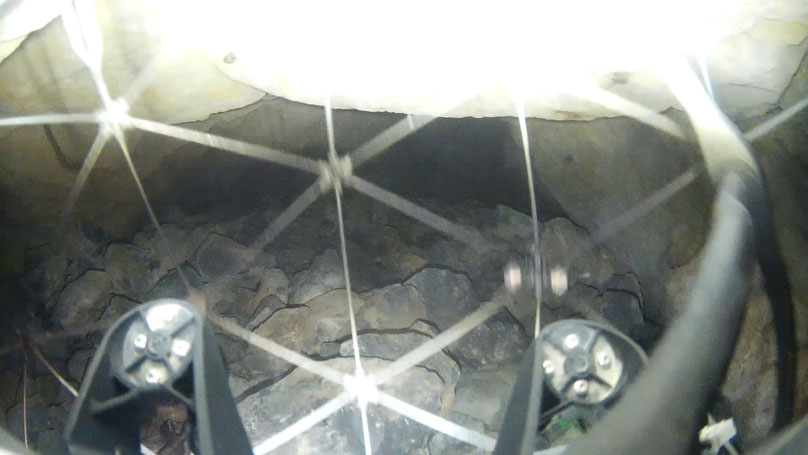 There are many hazards located underground that pose a risk to our Elios. Almost every flight has a very high risk of completely losing our Elios. The areas that we are flying into are all no-go zones for humans, and in almost every inspection flight underground, the chances of recovering our Elios if something goes wrong is slim to nonexistent.Every inspection starts with an actual site visit of the area that we are being asked to inspect to ensure that we have as much information about the site as possible, and that we have verified the airflow rates. Then, we create an inspection plan based off any provided prints and/or drawing that are available in conjunction with the actual site visit itself to ensure we can reduce the risk as much as possible… but the risk of losing our Elios is ever present, so that helps keep our pilots on the top of their game while they are flying thousands of feet underground. Have you performed any other mission with the Elios drone apart from the one at the North American Palladium Lac des Iles mine?We have, yes!Currently to-date, we have performed inspections at various mine sites throughout Ontario and Quebec since officially launching UAS Inc. back in January 2017.We have received requests internationally as well but have not flown any inspections beyond Canada, but we are capable of deploying our team anywhere in the world, 24 hours a day, 7 days a week.We are also able to provide support during Search and Rescue operations to assist rescuers with entering into unstable structures and safely look for any victims that could have been trapped and requiring rescue. How did you get companies to accept the usage of a drone for their operations? Was it easy to convince people that this would be a better tool than the traditional ways? This was probably one of the most difficult parts!The majority of the miners and the mine companies themselves loved the idea of this technology and it wasn’t hard to get them to imagine a drone flying underground to perform inspections in areas that humans aren’t allowed to enter. The difficult part was nobody wanted to be the first. Nearly every mine I approached asked: “Where have you done other inspections?” And in those early days, every mine said: “come back when you have done an inspection and show us what you can do”. Much to my surprise, nobody wanted to be the first!Eventually, we caught our break when a mining contractor ran into issues while completing a fresh air raise. They required information in an area that was roughly 300’ up vertically within unsupported ground. We were fortunate enough to get the call and were able to fly up the 300 feet up, beyond line of sight well being over 4000 feet underground. We were able to provide our client with results from the inspection that way beyond their expectations and has since proved to be a defining moment that helped establish UAS Inc. and the actual practicality and usability of flying the Elios underground to perform visual inspections that were otherwise impossible to accomplish with other traditional underground inspection methods. What are the company's plans for the near or distant futures?Quite simply, our near future plans are to keep doing what we are already doing! To continue to push the limits and boundaries of what is possible with the ever-evolving technology.In the following months, we will be rolling out some custom built hardware, software, and equipment that has been specifically designed to handle the extremely harsh conditions that are ever present underground and help contribute to increasing the overall safety of the men and women who are working underground each and every day.As for our long-term goals, I don’t want to disclose too much at this time. But I will give a hint of the direction that we are currently heading towards.Just think… Prometheus.