The Changing Face of Drone Insurance

Since we last took an in-depth look at what it meant to assess risk and establish insurance needs for drone operators, many things have changed. While companies that offer drone insurance like Global Aerospace are still focused on annual policies and on-demand insurance purchased through a smartphone app, the big difference is the absolute need to trade the business efficiently. Additionally, numerous other on-demand insurance products have been rolled out over the past few years. Is the market big enough for three on-demand insurance offerings?

While most operators and organizations think of risk in the same way they did a few years ago, today, there is a greater focus on safety from those hiring drone services. That said, understanding what classifies as operational safety is not always straightforward. There is an increasing reliance on technology that tempts operators to fly in conditions or on missions that are unsafe, the ramifications of which go beyond incidents like the one at Gatwick airport and are fueling the significant increase in the number of claims made for damage to high valued payloads. All of these issues are defining how drone insurance considerations are playing out in the present and shaping the future. 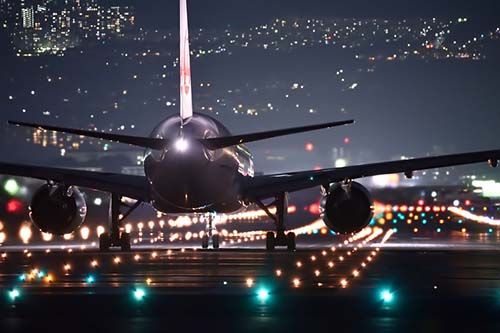 In general, there are numerous positive signs when it comes to the willingness of organizations to pursue drone adoption and integrate them into their established practices. Drone fleets are growing, use cases are showing real value, while the creation of complete drone solutions have made it simpler than ever for companies to have success with the technology. However, there has also been a very high drop-off rate and very few organizations are flying BVLOS or using the technology in a way they might have expected to do a few years ago.

Additionally, drone incidents that involve flights being canceled like the one at Gatwick Airport near London, England continue to dominate conversations about potential applications of the technology. These incidents are top of mind for people inside and outside the industry, even though there often ends up being no proof of a drone ever being anywhere near an incident. Oftentimes, the culprit is something far more innocuous, which factors into drone insurance considerations.

“I don’t think the Gatwick incident has had a meaningful impact on the way insurers view risk,” said Chris Proudlove, Chris Proudlove, Senior Vice President at Global Aerospace. “It’s often the first question I am asked when people think about drones and risk but, in my mind, the risk of mid-air collision is low, compared to the potentially expensive claim from a lithium battery fire or financial loss following impact with power lines, for instance.”

That focus on the practical impact and logistics of drone adoption underscores where many of the insurance considerations reside, which are in turn further defined by costs. A drone that costs four figures could cause an incident like the one at Gatwick in the same way as one that costs six figures, but it really comes down to over-reliance. An operator that is overly reliant on the perceived ability of a drone being able to fly anywhere at any time is going to have issues that have nothing to do with the negative headlines associated with Gatwick.

Adding to the operational risk is evidence that routine inspections and maintenance is being ignored. It’s a reality that underscores the need to focus on some basic requirements and expectations of the technology rather than the perception of it or the potential value it might someday create.

“Would you drive a car on a highway in snow with bald tires? Proudlove asked. “Likely not. Would a pilot fly a Cessna that was past a maintenance check? Absolutely not. To me, flying BVLOS and in more challenging conditions should be reserved for drones that have a far greater degree of regulatory oversight, including the same type of mandated maintenance and operator training present in the manned aviation world.”

That kind of certification could change how insurers view risk. Even the potential impact on how risk is viewed is important to consider because such considerations ultimately drive change in the space. A different consideration of the risk around high valued payloads has resulted in them being insured in a different way than they were only a few short years ago. 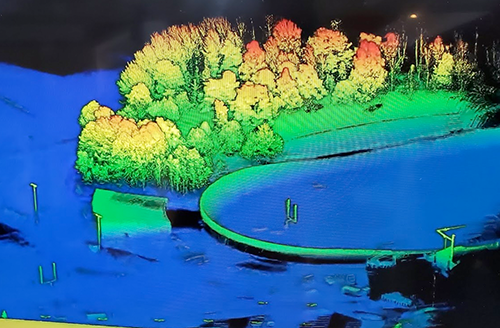 On the whole, Global Aerospace is seeing a significant number of claims on high valued payloads. It's a development that is being driven by numerous factors, although many of these factors should not be driving decisions in the way they currently do.

“Number one factor in this trend is that payloads are getting more expensive, lighter and better while the drones are not,” Proudlove told Commercial UAV News. “When a drone crashes due to pilot error or battery failure with a $5k camera attached it is an anticipated risk. When the same drone crashes with a $200k lidar on it, we feel some pain. Is the solution to mandate that expensive payloads are only flown on better drones? Well, the evidence suggests that all types, cheap and expensive, suffer very similar accident rates.”

As an illustration of these realities, someone purchasing a drone in the high five figures might expect that piece of hardware to be practically bulletproof, and many of the guidelines for that type of equipment would say it works well in temperatures down to 20 degrees with winds of up to 20mph. However, operating a drone in that kind of environment is more about the operator than it is the hardware, and if the operator has simply watched a tutorial from the manufacturer and studied up to take their Part 107 without ever flying in conditions like these, how successful is their operation going to be? All of that speaks to an over-reliance on the systems that are being driven and defined from the investment in the technology, rather than the correct expectations of what it can and cannot do.

Consider such realities for a service provider that has made a six-figure investment in LIDAR and a high five-figure investment in a drone for that LIDAR. If the operator has one more flight to fly on a Friday evening but the temperature is dropping and the wind is picking up and they are expected on another paying assignment next week, should they delay this project and risk alienating a customer or just go for it? Taking that drone into the sky in those conditions may still be within the maximum operational limit, but these are the situations when bad things happen. Commercial pressure takes over, and an overreliance on the technology creates bigger issues for organizations and the drone industry as a whole.

“Manufacturers and distributors need to increase their focus on safety and education”, said Proudlove. “Awareness and training significantly impact the way in which operators can better manage risk because for me it’s all about accountability. Operators need to think of risk in terms of them being on-board pilots. In terms of the future of the technology and how insurance considerations will further change or evolve, any advancements will take a while to impact premiums in any meaningful way. I believe the technology either needs to become far more foolproof or there needs to be more awareness around safety. Right now the industry is in a state of limbo”

As drone technology continues to mature we’ll get closer and closer to that foolproof solution, but more awareness around safety will provide countless benefits to the drone industry as a whole. To make that happen, operators and organizations need to actively search out one of the many training companies and get immersed in best practices, system limitations and any other info that will allow them to better assess what it means to use a drone in a safe and productive manner.