When I registered to study Geodesy in the early 80’s (talking about a confession!) little did I imagine that one of the most fascinating areas of my professional practice would be the art and science of transforming photographs, aerial and otherwise, into maps.

In my early years, I apprenticed as a navigator and camera operator in a Learjet 25C over the skies of Venezuela at altitudes from 15,000 to 45,000 ft. For me, photogrammetry was synonymous with airplanes and expensive equipment; Beginning with the aircraft and ending with the heavy stereoplotters, which also included strict structure requirements to support their weight, everything pointed to big and expensive.

Then in 2013 I joined the drone industry, and a new world opened for me and my profession. Pioneers were using inexpensive flying machines and affordable software to create products that were equivalent to our 1980’s maps and sometimes better and more versatile.

I must admit that I was very skeptical at the beginning. How can these frail crafts maintain the stability to take reliable pictures? How can these affordable software packages replace a Wild A10? In a matter of months, my technical sales team showed me how, and I was converted!

I was witnessing the Democratization of Mapping. Land surveying companies, which made the transition from transit to GPS in the late 90’s, were now graduating to aerial photogrammetry entities with a small investment in technology and a moderate investment in training.

On August 24th on the first day of the DJI Virtual 2020 Airworks conference, I had the opportunity to attend a session by Christopher Cressy, Managing Director, Pix4D North America in which he, in 20 minutes, took us from the beginnings of architectural photogrammetry with Leonardo da Vinci in the 1500’s to 2020 and the suite of products that Pix4D has developed for multiple markets. 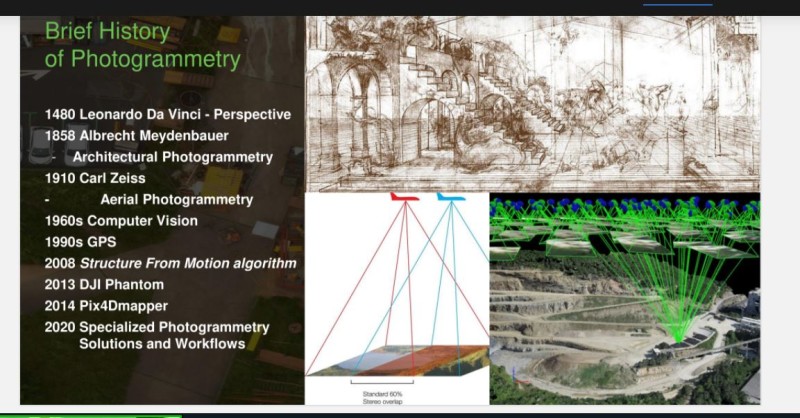 According to Chris, 2013 was a key year with the launch of the DJI Phantom, and 2014 marked another milestone with the release of Pix4DMapper.The availability of these tools, and their ease of use, have transformed photogrammetry from an elitist tool that only a few could afford, to a science that is being used in many non-surveying areas. 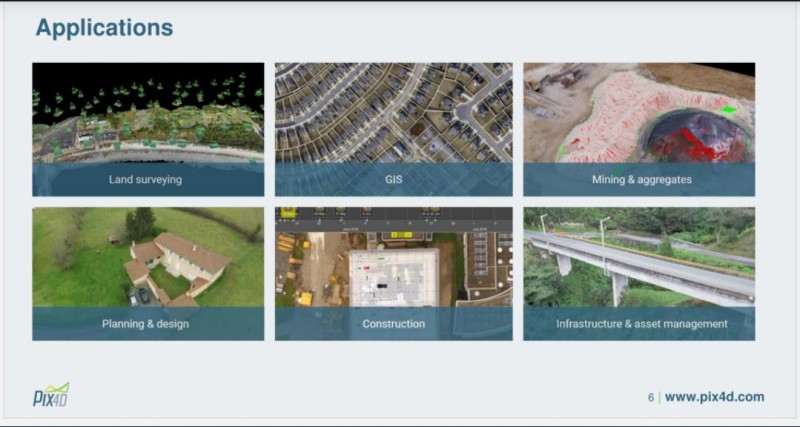 Today, farmers can afford to hire a drone service company to fly their fields, and in a few hours have an accurate map for drainage or, using other photography techniques, have a false-color map of their crop or a plant health report—all for a reasonable price. 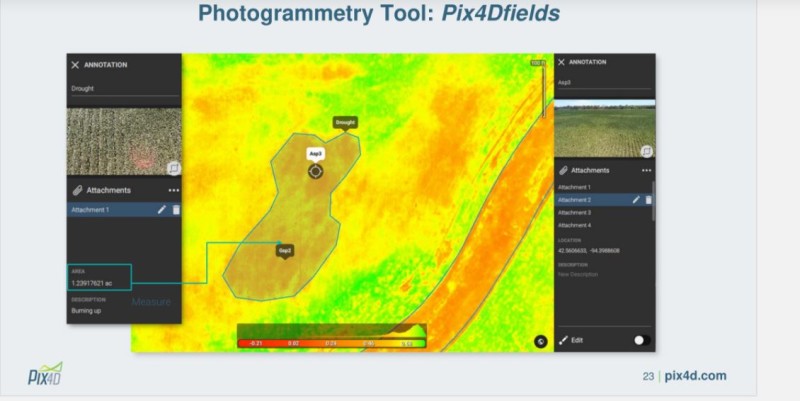 Public safety agencies throughout the world are slowly adopting and implementing UAV strategies to save lives, who now don’t have to unnecessarily enter a danger zone just to do a preliminary evaluation. Some of the most dangerous tasks have been delegated to remotely piloted and monitored drones that send useful information back to the decision makers without risking lives.

Finally, Chris addressed the issue of telecom and the proliferation of a tower infrastructure to support the exponential growth of the industry and the massive undertaking of launching the new 5G network worldwide and how Pix4D has been able to support this growth. Pix4D has launched a suite of tools specifically designed for cell tower inspections by automating the flights with Pix4DScan, and then accelerating the inspection process with Pix4DInspect. 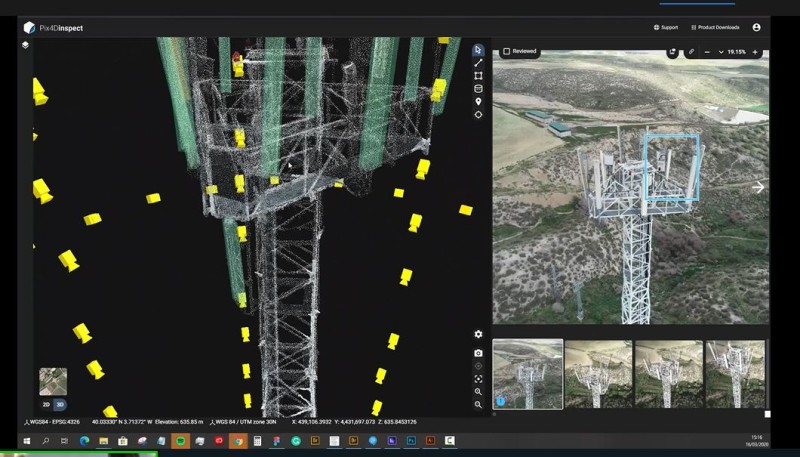 In general, the 20-minute presentation was informative and unusually entertaining. Chris did a good job of informing the audience of the latest developments of his company, a key player in the democratization of mapping.