For the past 40 years, public utilities, local, state, tribal and federal organizations have implemented geographic information systems (GIS) to better understand their assets and provide the taxpayer with a necessary view into their operations. 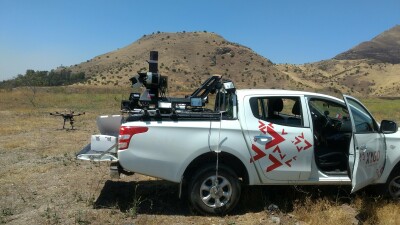 These implementations have been mostly supported by 2D cartography and with limited access and visibility into the non-graphical data of these organizations. In other words, these entities can now have a complete, but flat, look at their territories and do simple queries and searches which involve few external parameters.

Now, with the addition of shape and volume to the structures depicted in the flat map in order to create a realistic view, the next revolution in terms of GIS is here. The challenge has always been the non-graphical data, the topographic data, and the ability of computers to churn and present the results in a timely manner.

It seems a bit counterintuitive that it was computing power that enabled rendering software to handle the millions of pixels in a point cloud and the thousands of megabytes of image data, which combined make for a beautiful three-dimensional representation of the business. This 3D image of the city or the distribution network can also be turned into a digital twin as long as we can add third party databases that allow the model to be interactive and intelligent.

One company in particular, XYGO, founded in Chile in 1993, is leading the way in the development of tools that would allow organizations with a well-established GIS implementation to bring that system to the next level, turning it into a modern digital twin and connecting it to whatever database the organization deems necessary.

I had the pleasure of working with XYGO’s CEO, Alfredo Escobar in the late 90’s when we were both selling GIS deployments all over Latin America, allowing organizations to go from paper records to the first 2D digitalization phase.

We caught up with Alfredo in a fascinating conversation about the next big move in the GIS world. 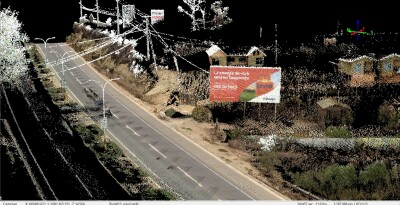 “We lived through the first wave of GIS implementations when 80% or 90% of the entire budget was dedicated to digitization and the turning of paper maps and physical documents into digital records,” said Alfredo reflectively, “Now that all of that is done, we can focus on elevating all this data by bringing it into a more robust and realistic view of the true nature of the organization.”

The idea of turning existing 2D GIS implementations into 3D models also requires that the organization embraces a new way of collecting and rendering the data.

“By offering a complete solution, we can use our drones and ground vehicles to constantly update the geographic data and any existing infrastructure—signs, poles, bus stops, etc.—load it into the system and use the integration with other databases to create a digital twin of the city or the distribution network,” Alfredo said. “It is only by maintaining an updated topographic layout and constantly linking it to different internal systems that we can recreate a reality on the ground and bringing it into a computer or a mobile device for engineers and managers alike to use.”

The issue of integration plays a key role in XYGO’s proposal. During the first two or three decades of GIS implementations, geographic data was stored in proprietary formats, therefore it was very difficult for IT professionals to use it for purposes other than pure GIS. Now that geographic data in stored in conventional databases the entire organization can benefit from it and the IT (information technology) personnel in all these entities and public companies are offering the different internal departments the option of adding a geographic component to their daily activities. 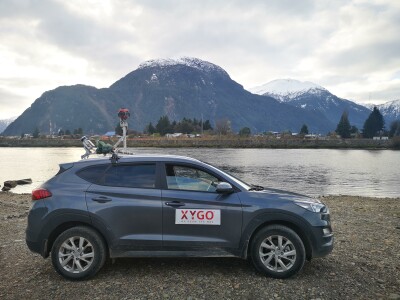 “Our customers, especially in the local and state government area, are enjoying a new era of geographic exploitation by using their existing cartographic data and integrating it into new departments such as public works and infrastructure maintenance, enhancing their ability to see and predict repairs and/or enhancements,” Alfredo said with excitement. “Imagine the possibilities in terms of exploitation of the geographical and infrastructure data if every department within an organization can apply their own business rules to the same 3D map, thus enhancing their processes by adding a location component. The possibilities are endless and by using the same foundation there are no discrepancies or ambiguities!”

The one hurdle that still needs to be solved in modern GIS implementations is the ever-changing topography, road grid, and construction that affects today’s most urban regions as new roads are added and new buildings are constructed.

“This challenge of a constant update of the urban footprint needs to be resolved using a low-cost method, otherwise the entire proposal is financially non-viable,” Alfredo said. “What we did was to design and construct a series of vehicles, aerial and ground, that allow us to capture, at low cost, the changes that have occurred during a certain period of time, process the images and point cloud and then upload the changes in a seamless way. There’s no interruption of services or access to the databases.”

When it came to the realities of the business model and the projections on successful implementations, Alfredo was excited about the future. 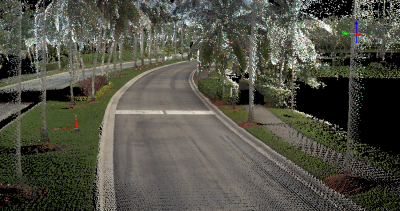 “We’ve been very successful in various countries in South America and now are embarked in an aggressive campaign to penetrate the USA by joining the growing community at the Research Park at Florida Atlantic University and launching our first pilot project deployment in a South Florida city,” Alfredo said. “The reception to our proposal has been very promising and there’s not a lot of competition out there who can offer what we offer in terms of digital twin technology and continuous cartographic updating. We are excited about the future.”

As with the first wave of GIS implementations in the 90’s this new generation of technology promises to be a game changer in terms of what organizations can do to forecast service interruptions as well as provide a unique new way of communicating with its constituents in an open and graphically rich way.