Because safety is the primary mission for civil aviation authorities all over the world, and we need to meet those safety requirements in order to integrate into the national airspace, ensuring the safety and security of the aircraft is one of the key enablers of the drone industry.  There are a lot of aspects that go into safety that are being addressed such as parachutes, detect and avoid, and the newly released remote ID rule. Yet, something that has been increasingly problematic is how easy it is for consumers and bad actors to interfere with drone navigation systems with relatively inexpensive and easy to obtain tech.

The so-called “clueless, careless, and criminal” produce the bulk of man-made GPS interference.

For a few hundred dollars online, any person can purchase a GPS-jammer that is capable of taking everything within its reach out of service, which could also include your drone. Not all of these purchases are malicious, some are just the result of individuals not trusting or understanding the technology and choosing to utilize it without realizing the consequences. Whether intentional or not, loss of GPS can cut short important missions and pose a threat to the safety of people and property on the ground.

“To give you an idea of just how important GPS is for most unmanned aircraft, it is really the only way that they are able to know where they are and what is around them,” explained Ivan Stamatovski, CTO of Easy Aerial, to Commercial UAV News. “They are literally blind without this.”

Although some drones are capable of working in GPS denied environments, most drones rely on GPS to maintain operational control. Beyond the obvious safety risk of losing control of the drone, which could lead to a crash, important tactical missions could be derailed at critical points leading to loss of situational awareness, loss of valuable data, or even loss of life. This is an especially pressing concern for companies like Easy Aerial, which specialize in security and surveillance for both military and commercial applications.

“In the U.S., it is still difficult to come by jammers, but this is a threat that is going to get bigger and bigger,” explained Stamatovski. “If you look at the future, even as early as five years from now, robots of all sorts will be part of our critical infrastructure, everybody will be depending on them for goods and services. It is critically important that we solve this issue before it escalates because it could be a real hard stop for any operation. We have an office in Israel where these types of attacks happen often—the whole country has lost GPS. This has been a real test for our UAS and demonstrates what the industry should be ready for.”

As the drone industry grows, the more sophisticated these tools are getting, especially as people begin to understand the value of the data that drones are collecting. This concern led Easy Aerial to partner with InfiniDome, which specializes in anti-jammer technology. Together they developed a small drone platform integrating InfiniDome’s GPSdome anti-jamming technology with Easy Aerial’s Smart Aerial Monitoring System (SAMS), which they say is the first of its kind. 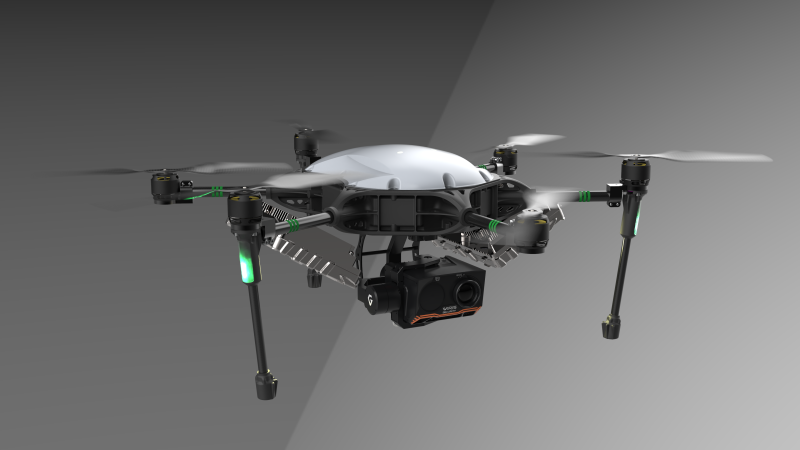 “GPS or GNSS receivers have become unbelievably small and accurate, and are really cheap, which is why you see them everywhere. But the signal is very vulnerable,” explained Omer Sharar, CEO of InfiniDome. “In the last five years, we have seen more inexpensive GPS jammers come into the market. There are a lot of great military applications to stop jamming but they are large and expensive, which works great for fighter jets or helicopters, but it leaves 98% of the critical systems out there unprotected. They simply don’t have proportional defense to help them cope with these kinds of attacks.”

The lack of proportional defense for small UAS is what led the two companies to develop a cost-effective, lightweight, low power integrated anti-jamming drone solution. 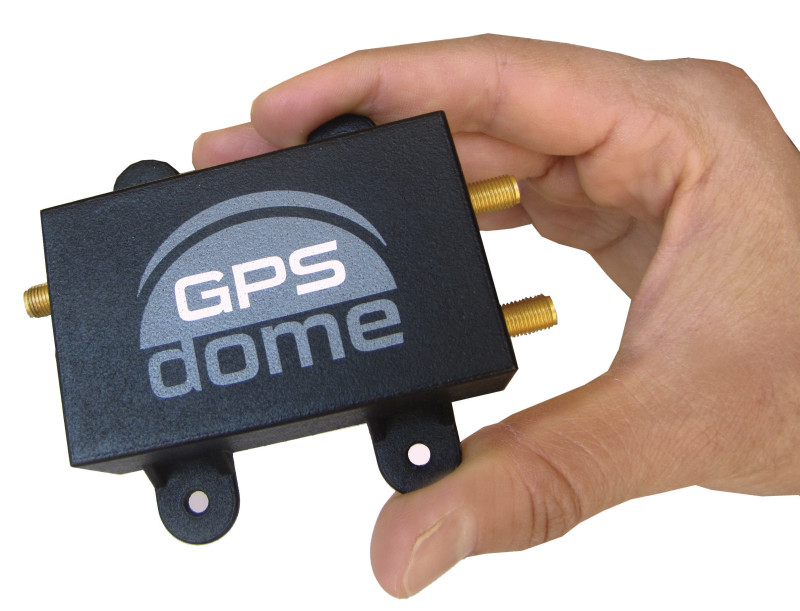 The device connects to the GPS system on one end with two omnidirectional antennas on the other. InfiniDome combines the pattern received from both antennas into a single pattern. They then use their proprietary algorithm to filter out interference.

The resulting OEM board inside the SAMS platform is very small and lightweight (under 100 grams) and makes the sUAS system 50 times more resilient to these kinds of attacks. This is impressive for an anti-jammer of this size and cost—two challenges the team was faced with when designing the product.

“Nobody would pay $50,000 to protect a $30,000 drone,” said Sharar. “So, we took the same principles of these larger, more expensive anti-jammers and applied them to a smaller form factor in the GPSdome. We used GPS’ inherent weak signal to our advantage to weed out the much stronger, illegal signals emitted by jamming technology. Functionally speaking, what we are doing is attenuating the noise, allowing you to continue to hear the signal coming from GPS satellites.”

Attenuating those strong signals and the noise produced by the drone itself, while maintaining a clear connection with the weaker GPS signal, was another challenge that the team had to overcome.

“It required discrete elements, highly calibrated algorithms, and careful integration to be able to handle that level of interference,” explained Sharar. “But we were able to overcome all of these challenges, and I think we brought something very good to the table.” 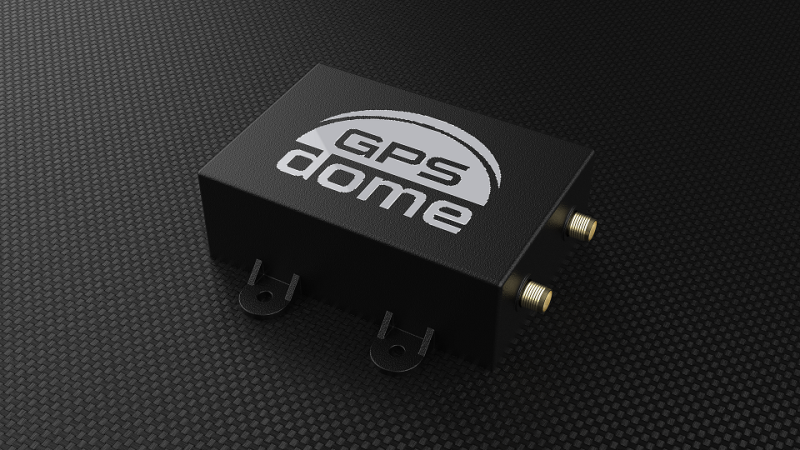 In overcoming these challenges, Easy Aerial and InfiniDome were able to proactively recognize the threat to safety that GPS jamming represents and mitigate it, but neither plan to stop there. Both Sharar and Stamatovski recognize the need to keep one eye on future safety and security concerns.

“In protecting our assets from GPS interference, we have to do two things,” added Sharar. “One is protection, which we have discussed, but the second is to monitor, detect, and alert about these attacks as soon as we can. Right now, it can be difficult to determine what kind of interference you are dealing with. We are working on a way to monitor and collect interference data so that you can understand what type of interference you are seeing around you. Intelligence about what is going on in the field is sometimes as important, if not more so, than actual protection. We plan to aggregate information from detection systems and sensors to provide information about hotspots, which you can then avoid.”

By staying agile and anticipating the future needs of the industry, companies like Easy Aerial and InfiniDome are working toward a safer and more secure airspace, which will help to enable complex autonomous flights at scale for the security, surveillance, and asset monitoring sectors and beyond.