One of the main issues that needs to be resolved before regulators around the world allow unmanned aerial vehicles (UAVs) to share controlled airspace with manned aviation, is a working UTM (unmanned traffic management) system.

By digitizing the ATC process to safely monitor and manage unmanned aircraft operations, UTM is an integral part to allowing low altitude or unpiloted aircraft to navigate through the national airspace (NAS).

Since the first time we dreamed about same-day deliveries by drones, the Federal Aviation Administration (FAA) has been clear that these unmanned vehicles will not share the same space with general aviation (GA) and commercial airliners, unless the nascent industry can prove that their safety protocols are up to standards.

As we know, the standards of the FAA are very high, and today the commercial airline industry has moved over 10 billion passengers in the USA without a fatality. This is a high bar to meet, but the FAA is just asking for reassurances and proof, that these small, unmanned vehicles can navigate from Point A to Point B without interfering, or becoming a danger, to manned commercial operations and people and property on the ground.

But if there is no UTM mandate, and we need to build entirely new surveillance architecture, how long will it take and how much will it cost?  That is exactly the point that Chris Kucera, Co-Founder & 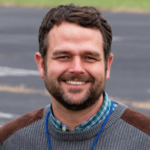 Head of Strategic Partnerships of OneSky Systems has been trying to drive through the industry lately. Why not leverage existing infrastructure to adapt to new navigation processes and save years, and billions, in the process?

We reached out to Chris for an exclusive interview about his company’s approach to UTM and the urgent need to accelerate deployment or risk losing a valuable resource that can save lives and improve quality of life for millions.

Juan Plaza: Please explain what your basic thesis is regarding using existing infrastructure. What do you mean by that?

Chris Kucera: In the USA, we just spent billions of dollars mandating ADS-B Out (Automatic Dependent Surveillance & Broadcast) for all GA aircraft operating within the Mode C veil of the busiest airspace in the country, which is the 30 miles surrounding Class B airspace. There are 37 class B airports around the country, which equates to 56% of the US population living within the Mode C veil, so it’s also the prime target for any commercial operations of unmanned aircraft, both UAV and future air taxis. The proposal is simple, let’s use ADS-B and existing radar information to add these unmanned vehicles to the NAS without affecting air traffic control or endangering the flying public. And let's setup a UTM mandate for operating drones for BVLOS in the same areas.

Sounds reasonable, so what is the problem with your proposal?

There are 3 key pillars of success for flying in the Mode C veil. First, we need to have certified vehicles to fly in Category 4 of the new flight over people rules from the FAA. There are a few other ways to accomplish flight over people, but the FAA is working on certifying unmanned vehicles within the next 6-12 months and certified vehicles are treated the same as other manned vehicles, like a Cessna 172, for example. Next, we need to have access to the FAA’s data feeds. ATC operates on the Surveillance Broadcast System data, including both ADS-B and Radar information. This is largely unavailable to the UTM Service Suppliers to use for low level traffic management. This data can be used with DAA (Detect and Avoid) software, such as ACAS sXu to enable DAA within the UTM system. OneSky has analytical software that can help determine the performance coverage of ADS-B and Radar to understand where these surveillance systems can offer coverage in the Mode C veil. Finally, we need a UTM mandate in the veil. Since the drones are restricted from ADS-B out rules, it seems reasonable to regulate the use of UTM as the method for including them in the surveillance system. Perhaps the UTM requirement for drones could be an extension of the ADS-B mandate.

But that would require that unmanned aircraft act independently of ATC.

Yes, but remember that is why we are creating a robust UTM system that would take care of the takeoff, navigation, and landing of unmanned aircraft without the intervention of air traffic controllers. A correct implementation of UTM will take care of unmanned aircraft flying beyond visual line of sight, while ATC will continue to manage manned aviation and still have access to information pertaining to unmanned vehicles in the same airspace. VLOS drones will still perform collision avoidance with their eyes. They don’t need to be in the UTM from my perspective, since the burden is on them to stay away from BVLOS or manned aircraft within UTM or ATM. We are all aviators, and as such, we should all be treated equally, even if you are not aboard the aircraft. We, at OneSky, believe that it is possible to implement a safe UTM that would utilize existing signals to strengthen the reliability of the system to FAA standards.

How feasible is this proposal in view of current obstacles to massive deployment of UAVs and UAMs?

Technology can do the job if we can change our mindset. We currently have all the elements that we need to launch a functioning system that would allow manned and unmanned aircraft to share the same airspace, but we need to permit access to existing infrastructure in order to make all parts work together. There are a few challenges, but in general we have the pieces that we need to launch a feasible system that will support drones flying to/from 56% of the US population. Over time we can use this area of operations to try new technology and prove the safety of those systems and expand the range beyond the veil. 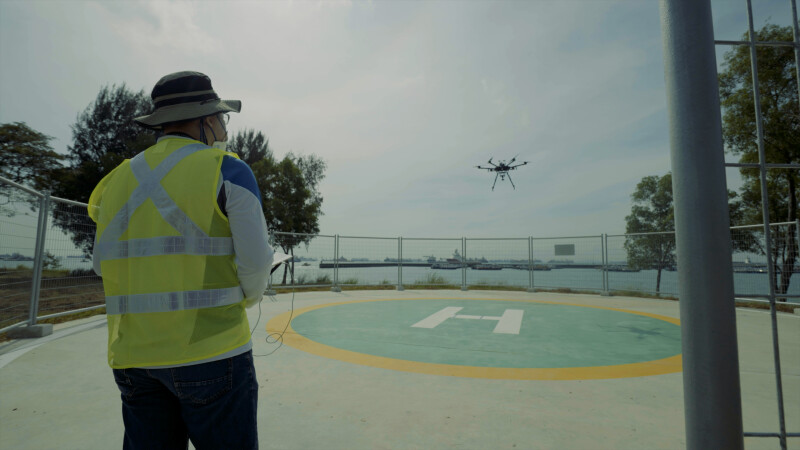 Given the recent announcements by the FAA about integration of manned and unmanned aviation, let us hope that ideas such as this one from OneSky will take root and that we will see manned and unmanned aircraft sharing controlled airspace in a safe and efficient manner.

If you want to learn more about Chris’ novel approach to leveraging existing infrastructure, check out his brief TED-style video below:

Integrating into the NAS: What’s the Cost?