Some of the riskiest surveying occurs below our feet in subterranean mines, caves, and transport structures like subway tunnels. Until a few years ago, the only way to survey or map these places was to send a human underground to gather the data. Not only was this extremely risky in the places where humans did go, but it also effectively closed off many places that were deemed too dangerous for people to go. With the recent emergence of autonomous UAV technology, like Exyn Technologies’ fully autonomous aerial robots, these platforms are starting to change the way this industry approaches subterranean exploration by providing a safe and effective way to survey and map their underground assets.

Nader Elm, CEO of Exyn Technologies, spoke with Commercial UAV News about his predictions for the mining industry in 2020 including what it would take to scale in the industry, where sensor development is heading, and more.

Danielle Gagne: What is the next hurdle for underground autonomous UAV operations to overcome in 2020? 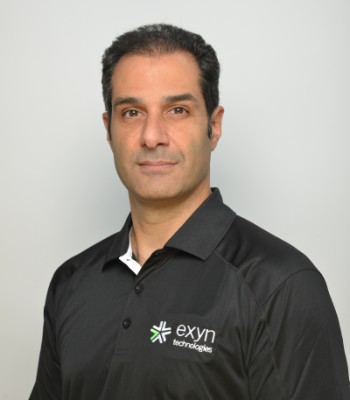 Nader Elm: Autonomous robots are still a very nascent technology, so a lot of the applications are very focused. I think the next thing is not so much a challenge but rather an opportunity: How do we generalize the robots so they can do more and more underground, and do it safely in a way that reduces the requirement for people underground? Even now, for example, autonomous UAVs are accompanied by a person. They still require a surveyor to take the robot to a stope, put it down, and point it in the right direction. From there, the robot is generating the map with 1,000 times more data points in a fraction of the time, so despite the human involvement today, that in itself powers a huge jump in productivity.

Now imagine that you don't even need the surveyor underground anymore, the robot is fully untethered from the operator and can be commanded remotely from the surface. The robot is underground and live-streaming data to the surveyor. It's the same surveyor, but now they are on the surface in the safety of a control center. This is the ultimate vision for the toolkits and the capabilities we’re developing to make sure that we reduce the risk for people working underground by contributing to the ultimate and ambitious goal of having no personnel underground.

Overtime, we will go beyond building 3D models for mines to new use cases. There are opportunities for autonomous robots to inform others, such as geologists and those architecting the ventilation systems, to leverage different kinds of sensors and gather different kinds of data. They can also be used by first responders who could send robots to investigate areas after an accident. These are going to be interesting opportunities as we go forward, specifically in the underground space in the near term.

What are some of the challenges in the UAV mining industry you hope to see addressed in 2020?

I think mining is a very conservative industry, and necessarily so. There’s a lot of trepidation around using robotics because the difficulty of the industry’s environment has caused past technologies to fail. There are obviously some industry leaders and early adopters, and as they succeed in 2020, we will start seeing greater adoption of these breakthrough tools, such as ubiquitous networking underground, electric vehicles and autonomous mapping solutions.

There is a very big prospect for large scale transformation as a result of the adoption of new technologies, which is particularly exciting. I think the past few years have been instrumental in allowing the testing and development of new technologies. In 2020, I expect we’ll overcome the concerns around new technology adoption.

What challenge or innovation are you most looking forward to seeing being explored/developed in 2020?

There are a couple of things in underground technology we are hoping to see, quite selfishly, developed, specifically around sensor technologies. We are dependent on sensors to help with both autonomous navigation and data collection. One of the limiting factors for us has been the performance and effectiveness of the sensors. We want to go into smaller, tighter, more hostile places and part of that is dependent on the sensors, as well as the actual drone platform itself. Hopefully, we can start shrinking all the elements down while making them faster and more enduring.

I’m also looking forward to entirely new kinds of sensors. For example, right now if we go into a gold mine, we build a three-dimensional model and gather video images from the platform itself. But, what can we do to actually sense the ore itself and get some idea of what the yield is going to be? I expect new sensors will emerge that can enable that kind of data collection, making the end mining customer even more productive because they will be able to gather more detailed and timely data than before. 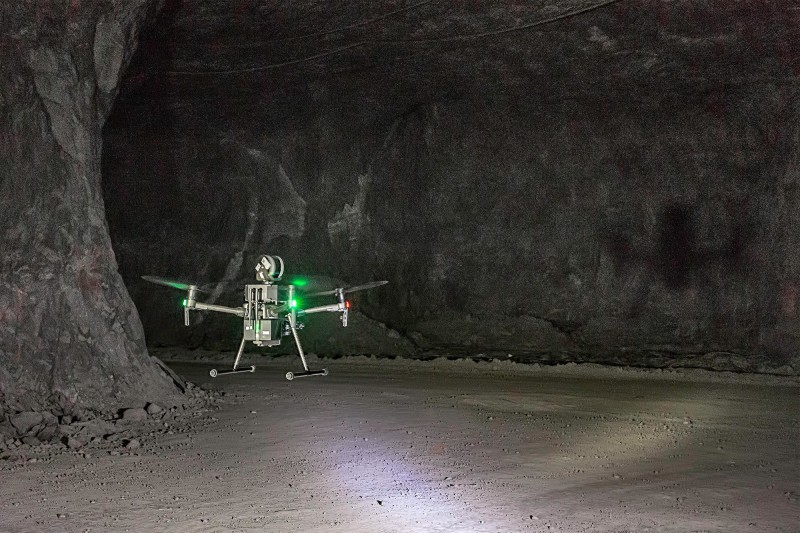 What do you think it will take for UAV mining operations to truly scale at an enterprise level and do you think this will happen in 2020? Why or why not?

2020 is going to be an inflection year. I don’t think it’s going to be fully at scale. UAVs are still an early technology being adopted by a few, but I think there are greater levels of confidence that they can actually improve operational productivity and safety. There will certainly be broader adoption of technology in the mining industry in 2020 because customers have actually started using the technology and proving its value.

The first few customers going from pilots to adoption will cause a knock-on effect as other companies see its impact on operations and the business. They’ll want to adopt it themselves to improve their safety ratings and productivity and to remain competitive, which will in turn ignite further adoption and scale. It’s an incredibly exciting time for the industry.